They came from eleven countries with a simple plan: Sit together in meditation for ten minutes with a bright banner proclaiming "Truth, Compassion, Tolerance" and then to peacefully return home. But less than a minute after raising their banner in Tiananmen Square, these 35 Western Falun Gong practitioners were surrounded by screaming police and their honking vehicles. Within ten minutes they had all been rounded up and whisked away to jail; one practitioner with a broken nose, one trounced and beaten to the edge of consciousness, one nearly suffocated, strangled with her purse straps and another with a broken finger. All were bruised from the rough handling. "Why did you arrest us? What law did we break?" an Australian woman asked. The policeman's replied, "Those three words, 'Truth, Compassion, Tolerance', are illegal in China".

Falun Gong, also known as Falun Dafa, is an ancient advanced form of self-refinement with graceful, yet exceptionally powerful exercises and meditation. People of all ages and from all walks of life have experienced dramatic improvement in their body, mind and spirit from the practice. It has far reaching effects in stress relief and overall physical, mental and spiritual health. In Falun Dafa, practitioners follow the fundamental principle of the cosmos, Zhen-Shan-Ren, translated as Truth-Compassion-Tolerance. 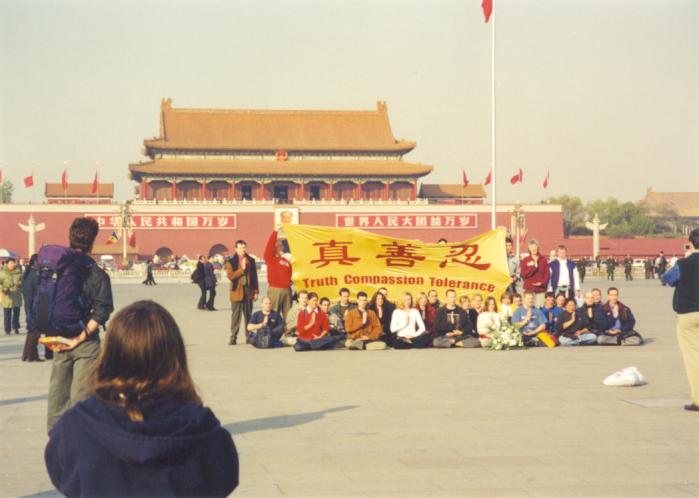 Falun Dafa was first introduced in 1992 by its founder, Li Hongzhi and has flourished in China and more than 50 other countries. In just a few short years, more than 100 million people have begun the practice.

The path of refinement in Falun Gong is deeply personal, not political in nature. Yet the head of China's totalitarian regime, Jiang Zemin, perceived the quickly growing popularity of the practice as a threat to his power. He outlawed Falun Gong on 20 July 1999 and unleashed an increasingly brutal campaign of repression to crush it.

Tens of thousands of innocent men, women and children are still being illegally detained, beaten and tortured in efforts to have them denounce their beliefs. Amnesty International has verified hundreds of deaths in this ruthless campaign of state-sponsored violence. Government sources in China advise that as of January 2002, the actual number of deaths is well above 1600. Nevertheless, Falun Gong practitioners in China continue to withstand the onslaught peacefully and non-violently. Their uncommon courage and faith has led to an embarrassing loss of face for Jiang Zemin, who has been unable to quash the spiritual practice despite his pledge that "no means are too excessive in exterminating Falun Gong".

How can truth, compassion and tolerance -- the most noble and universal qualities -- be outlawed? Can the rest of the world trust a regime that won't allow its citizens to live their lives truthfully, compassionately and tolerantly?

Tragically, China has been violating the rights of the followers of Falun Gong for the past two and a half years. School children, even in kindergarten, are ordered to promise they will not practice Zhen-Shan-Ren (Truth-Compassion-Tolerance). University entrance is denied unless students promise not to practice Falun Gong. Commuters have been required to walk on photographs of Falun Gong's teacher, Li Hongzhi, or face arrest.

As the persecution escalates, President Jiang Zemin extends the reach of his personal crusade far beyond China's borders. Chinese diplomats and consular staff around the world are required to place official propaganda slandering Falun Gong directly into the hands of foreign government officials and media representatives. Even former US President Bill Clinton had a defamatory book shoved into his hands by Jiang during a summit in New Zealand.

Invited to a New Year's "Open House Movie Night" at the Chinese Embassy in Canada in late December, a University of Ottawa MBA student took his camera, thinking that Chinese officials might use the occasion to defame Falun Gong -- a ploy often used by the Chinese government to incite hatred and intolerance of Falun Gong in overseas Chinese communities. Inside the embassy, 25 year-old Leon Wang and the hundreds of invited guests from Ottawa's Chinese community were overwhelmed by an exhibition of some 90 shockingly graphic posters contrived to slander Falun Gong. As he began to take photographs of the exhibit, an embassy worker recognized Wang as a Falun Gong practitioner and had him led downstairs to be beaten as they tried to take his camera from him. His burly interrogator reminded him that on Embassy grounds he was on Chinese soil, no longer protected by Canadian laws. Discovering his name on the list of invitees, disgruntled Chinese officials reluctantly shooed him out the door. In a later official statement, the Embassy described the event as a break-in, twisting the facts to feed Jiang Zemin's voracious propaganda machine. "If a practitioner can be subjected to this kind of treatment right here in Canada, just imagine how horrifying it must be for those persecuted in China", asks an incredulous Wang.

A month before, Chinese embassy officials were causing similar conflict half a world away, in Russia. Practitioners were gathered in Moscow to attend a Falun Dafa conference. A group visited the Ismaelovsky Market to hand out flyers, a legally permitted activity in Russia. Soon after starting the information campaign, uniformed security agents and Chinese officials appeared, escorting the eight Taiwanese practitioners to a detention area for questioning. Passports and Falun Gong flyers were seized. The women were forced to remove Falun Gong vests and hand over their backpacks for inspection. Local practitioners learned that the Chinese Embassy has secret agents monitoring the market. Embassy staff persuaded market officials to help arrest and deport the presumably Chinese practitioners. However, since the practitioners were in fact Taiwanese, the Embassy had to release them and return their belongings.

The Falun Dafa Information Center in New York reported that in the early morning hours of 8 December 2001, He Xingzong, 55, a resident of Macheng City, Hubei Province, left his home to post flyers on utility poles in the surrounding area. The flyers exposed human rights abuses against Falun Gong practitioners. According to sources inside China familiar with this case, He was noticed by policemen from the Songbu Police Substation who assaulted and killed him. After choking He to death, the police took his body to a local hospital where the official report pronounced an "accidental death" with "no visible wounds". When He's family went to identify the body, however, they observed two deep handprints on his neck, severe injuries to the back of his head, and his testicles had been crushed.

This is but one example of the 361 gruesome deaths confirmed by the Falun Dafa Information Center as of the time of this writing. In the first month of 2002 alone, 33 deaths were reported, showing a clear upward trend in the severity of the persecution. Practitioners are routinely detained, tortured, sent to brainwashing "classes" and sentenced to multi-year terms in forced-labor camps.

The abuses are too numerous and graphic to describe here. Female practitioners are stripped naked and thrown into jail cells filled with criminal male inmates. Unspeakably inhumane tortures are all too commonplace. Official policy is to label the death of any practitioner in custody a "suicide". State-controlled media constantly broadcast deceitful propaganda to poison public opinion. Remarkably, despite the steady diet of hatred fed by their leaders, many Chinese are waking up to the truth and quietly characterizing the persecution of Falun Gong as "the Cultural Revolution all over again". 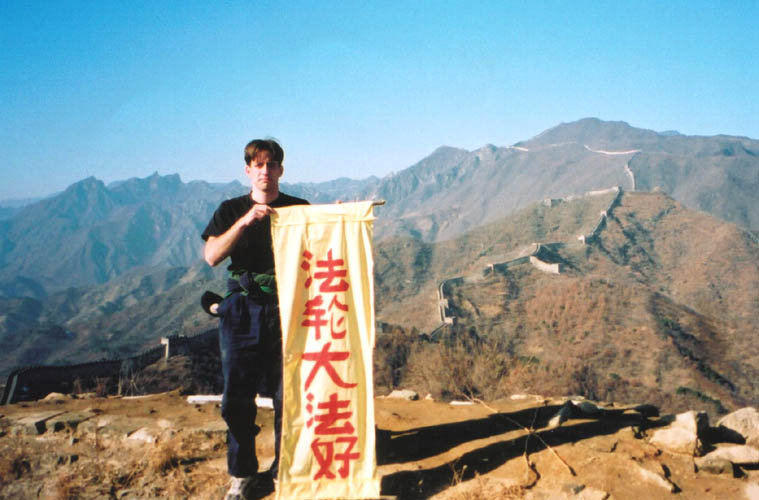 Human rights advocates around the world are asking how China can continue this brutal repression. Canadian Prime Minister Jean Chrétien raised the Falun Gong issue with Jiang in a fall 2001 visit. The Bush Administration has been increasingly vocal about the situation, which Amnesty International has labeled "state-sponsored terrorism".

The United Nations Human Rights Council has debated censuring China for its human rights record for many years. With China's imminent accession to the World Trade Organization, how much longer can China be allowed to continue to violate the human rights treaties it has signed? How much longer can the government so blatantly contravene the rights of Chinese citizens guaranteed by the Constitution of the People's Republic of China?

Practitioners of Falun Gong appeal to the good people of the world to call upon China to live up to its promises, respect the rights of its people and stop the senseless persecution of Falun Gong. This could only lead to a wonderful future for China and all who help to make it happen.

“Report from Goslar (Germany): Events in Goslar During the Chinese President's State Visit”