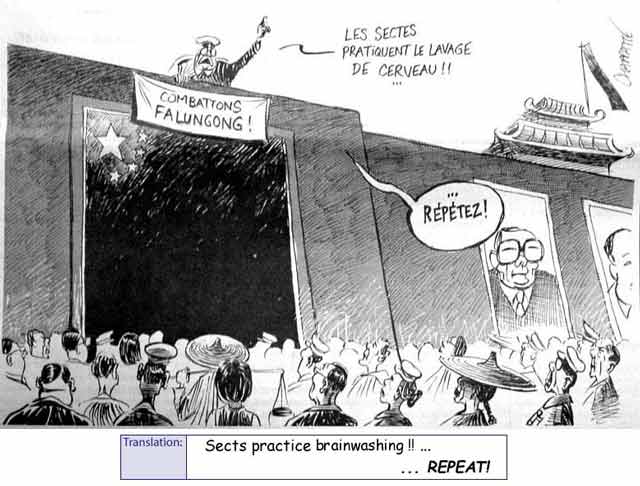 [Editor's note: This cartoon appeared on the front page one of the largest daily newspapers in Geneva, Le Temps, on March 20, 2001. The cartoon is criticizing Jiang Zemin and his policy of brainwashing people against Falun Gong. The European press has a long tradition using cartoons for political satire. It must have been considered special to have been shown on the front page.]