Falun Dafa practitioners held at the Daqing City Prison in Heilongjiang Province are not able to enjoy the most basic of human rights. They are cruelly tortured for even the slightest provocation, including not fulfilling the guards' unreasonable demands. Mr. Sun Dianbin, 38, from Jixi City, is among those practitioners who was tortured recently. 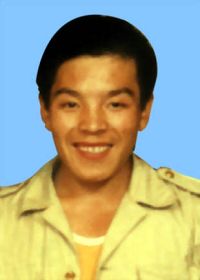 On March 22, 2009, Mr. Sun' s mother traveled to the Daqing City Prison to see her son. The guards told her that she was not allowed to visit with him because he refused to wear the official prison uniform. When his mother went to the chief of the Political Department, Li Weilong--who is in charge of persecuting practitioners at the prison--and requested to see her son, her request was denied. After some discussion between prison officials and Mr. Sun, someone put the prison uniform on Mr. Sun and only then was he allowed to see his mother.

During the meeting, the mother saw that her son looked weak and his hand was trembling while holding the telephone. She realized that the guards must have deprived her son of food because he refused to wear the prison uniform. In addition, every time Mr. Sun's aunt went to visit him, the guards turned her away. After the meeting with his Mom, Mr. Sun took off the uniform and threw it to the floor, saying, "We are not criminals, so how could we wear a criminal's uniform?!"

Practitioners who refuse to wear a prison uniform at the Daqing City Prison are routinely tortured using food deprivation and many are currently in critical condition. After witnessing their pitiful state, some guards were moved to speak out on behalf of the practitioners.

Mr. Sun, who lives at the Lishu District in Jixi City, has been unemployed for a while. His previous employer was the No. 2 Well of the Muling Mine of the Jixi Coal Mine. In 2001, he was arrested by officers from the Lixinkuang Police Station and sentenced to ten years in prison by the Jiguan District Court in Jixi City, in December of that same year.

In April 2002, Mr. Sun was transferred to the Harbin City Prison and locked in a small, dark cell at the No. 1 Ward by Zhang Jiushan, the deputy leader of the Group Training Section. He is also the person in charge of forcing practitioners to write the three statements.

Zhang assigned Xu Ziqiang and Yu Junjie (inmates) to handcuff Mr. Sun and force him to wear shackles weighing 40 lbs. In addition, Mr. Sun's handcuffs and shackles were tied together to a ring that was bolted to the floor, forcing his body into a very uncomfortable position. Xu then punched and kicked Mr. Sun's head, chest, back, and legs causing injuries all over his body. Mr. Sun was hit so hard and for so long that at one point he stopped breathing.

Mr. Wang Dayuan, from Harbin City, was beaten to death at the Daqing City Prison because he refused to write the "four statements" (see http://www.clearwisdom.net/emh/articles/2004/9/3/52042.html). The guards were so afraid that their crimes would be exposed that they transferred four practitioners to different prisons. In July 2004, Mr. Sun was transferred to the Daqing City Prison and has been tortured there ever since.

In March 2009, Li Weilong, a prison official, started another round of persecution at the Daqing City Prison. During meal times, they let other inmates eat, but would not let practitioners enter the gate of the dining hall. The guards often used various excuses to take the practitioner's clothes off and beat them.

On February 17, 2009, the guards began to specifically target four practitioners: Mr. Zhai Zhibin, Mr. Li Chao, Mr. Li Hongkui, and Mr. Liu Guifu, who were all being held at the No. 4 Ward. Using the excuse of needing to "reorganize" the ward, they tortured these four practitioners by forcing them to go outside to perform very strenuous physical exercises every morning and every afternoon.

At one point, the practitioners refused to do the torturous exercises. Guards Chu Zhongxin, Liu Guoqiang, and Li Jinhao, who are in charge of persecuting practitioners at the No. 4 Ward, brutally beat them. Mr. Zhai's developed a large bump on his head that bled profusely, while the other three practitioners suffered arm, leg, and hip injuries. 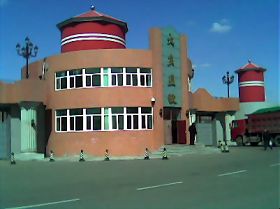