Falun Dafa practitioner Mr. Gao Weixi, 70 years old, is an ice-hockey coach at the national level in China. He lives in Changchun City, Jilin Province. He was illegally arrested by the Nanguan District Police on May 9, 2007, and detained at the No. 3 Detention Center in Changchun.

On April 29, 2008, the Court of Nanguan District in Changchun City secretly tried Gao Weixi and sentenced him to seven years of imprisonment. Gao Weixi refused to sign the court verdict. Instead, he appealed to the Changchun City Court, demanding justice. Gao Weixi was transferred to the Shiling Prison in Siping City in November 2008. 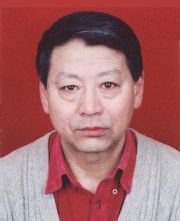 Before he practiced Dafa, Gao Weixi suffered from coronary disease, arteriosclerosis, cholecystitus, gastritis, duodenal ulcer, arthritis, prostatitis, proctitis, kidney disease, liver cirrhosis, sequelae of head injury due to training and games, sequelae of cerebral concussion, aftereffects of surgeries, glaucoma, joint injury, bone fracture, spine problems, osteo proliferation, femoral necrosis, etc. He was in pain constantly every day. In 1996, the diseases turned more severe and he was hospitalized for several months. However, the treatment didn't bring any positive results, rather, long-lasting fever hurt the vessels in his brain and his nervous system. His coronary disease acted out and his body functions declined so seriously due to the complication that he couldn't get out of bed. He had a will written and matters after his death arranged.

Gao Weixi's wife was a Dafa practitioner, and she told him that only Dafa could save his life. She gave him the book Zhuan Falun, but Gao Weixi was hesitant to start reading: I am but a dying person, is there still hope for me? As he was reading the book, however, some symptoms started to disappear, he began to believe in the mighty power of Dafa. In September, 1998, he had the chance to listen to the audio recording of Master's teaching the Fa overseas, and he learned that Dafa was a high-level law that guided people to return to their true selves through cultivating the mind and the body simultaneously. He decided to practice Dafa from then on. Soon he was able to get out of bed and do the exercises. His appetite came back and all of the diseases disappeared. Not only did he become energetic, but also his eyesight rejuvenated and he didn't need to use reading glasses any more. In an article about his cultivation experiences, Gao Weixi wrote: "Falun Dafa has saved me and given me a new life."

Falun Dafa also turned him into a new person. Before, Gao Weixi had a very bad temper and easily got into fights with people no matter who they were, including his trainees, judges, or supervisors. People in the ice sports circle all knew about this bad temper. After becoming a Dafa practitioner, Gao Weixi started to care for his trainees by following Dafa's teachings of being a good person. As he treated people and dealt with problems with Dafa practitioner's standards, his trainees and people who knew him were all deeply moved. His reputation in the ice-hockey circle completely changed.

Many people who knew that Gao Weixi suffered from multiple diseases felt sorry for him as they thought he would soon pass away. However, two years later, not only was his health amazingly good with him looking younger, but also his personality totally changed to be warm and caring. People were so surprised and wanted to know what caused the changes. Gao Weixi told them: "I am a Falun Dafa practitioner now. Falun Dafa has saved my life and changed me."

After the persecution started in July 1999, Gao Weixi still went to the public practice site to do the exercises for three months. During the Chinese New year in 2000, he went to Tiananmen Square in Beijing to tell people that Falun Dafa was being persecuted by the government, but he was detained by the police. On May 11, 2000, he was arrested again when he was practicing the exercises on the square of the Changchun Geological Museum.

On December 3, 2000, Gao Weixi was followed and arrested by the Changchun City Police and the Nanguan District Police of Changchun City. The police forced Gao Weixi to give up his belief of Dafa by threats and tangible profits, but he refused. Instead, Gao Weixi clarified the truth, sharing his own experiences. The police wouldn't listen to him, but sent him to a forced labor camp for three years. He was first imprisoned at the Weizigou Forced Labor Camp in Changchun City, then at the Chaoyanggou Forced Labor Camp in Changchun City in which his diseases recurred and he was released for a few months to get treatment. However, the police brought him back to the labor camp before he had completely recovered. For two months, he shouted every time he had the chance: "I want to keep practicing Falun Gong! I want to go home with Master!" After being released from the labor camp, he continued to talk to people about Dafa and the persecution.

On the evening of May 9, 2007, Gao Weixi, planning to meet his daughter who would fly from the U.S. to visit the family on May 10, was arrested again by police from the Jilin Provincial Police Station and the Nanguan District Police Station of Changchun City. His daughter had been living in the U.S. For eight years, and they missed each other very much. When their first grandchild was born, Gao Weixi was in a labor camp; when their second grandchild was born, Gao Weixi's wife was being pursued by the authorities. From then on, the two parents were forced to leave their home in order to avoid further persecution. The daughter was worried terribly, which caused her health to decline. Not seeing Gao Weixi at the set place on May 10, the daughter and other family members were worried, and the worry became stronger after not hearing from Gao Weixi in the following days. They went to the place that Gao Weixi rented and found two policemen who seemed to have lived there for some days already. The family requested to see Gai Weixi, but were told that he had been sent to the No. 3 Detention Center of Changchun.

Gao Weixi and three other practitioners were arrested and detained at the Shuguang Road Police Station of Nanguan District, Changchun City. They were deprived of sleep and were questioned continuously.

In January 2008, the Nanguan District Court secretly tried Gao Weixi and other practitioners. Four family members of his learned this and came to the trial. All the practitioners pleaded their innocence to the court and clarified the truth. The people present were moved by their speeches, and the Court turned down the case due to insufficient evidence. However, the Provincial Police Station kept framing the four practitioners with fake evidence, and appealed to the City Court. The City Court also turned down the case for the same reason as the District Court. So the Provincial Police Station continued to press the City Court in order to reach its goal. Finally, Gao Weixi was sentenced to seven years of imprisonment by the Nanguan District Court on April 29, 2008.

Gao Weixi was detained at the No. 3 Detention Center of Changchun until November 2008, a year and a half in total. He has not been allowed to meet family members or anybody from outside the detention center. Family and friends are very concerned about how he has been treated, a topic that the detention center and police station always avoid. However, they cannot deny what happened to the three other practitioners who were also arrested on May 9, 2007: Wang Yuhuan, a retired worker, was tortured to death; Feng Liping was severely beaten, which resulted in broken bones; Chen Tong was brutally force fed and he was hospitalized afterwards. At present, Gao Weixi is imprisoned at the Shiling Prison in Siping City.