(Clearwisdom.net) January 19, 2008, was National Firefighters Day in Taiwan. The Fire Bureau in Taipei hosted a series of activities to celebrate the event. The Divine Land Marching Band in Taiwan and the NTDTV Drum Team were invited to perform at the celebrations. 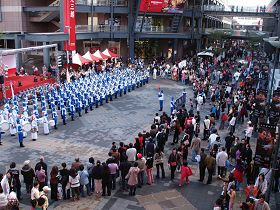 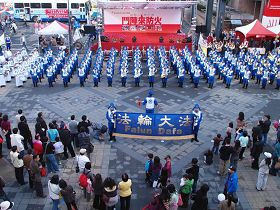 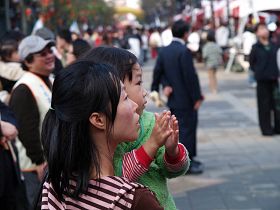 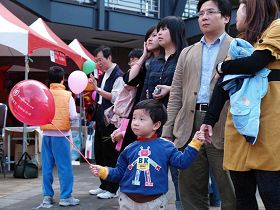 People were attracted to the performances 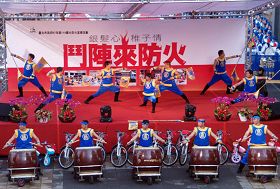 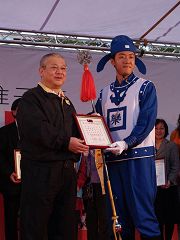 Hsiung Kunghua, the chief of the Fire Bureau in Taipei, issued a letter of appreciation to the band 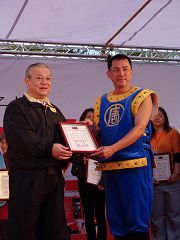 The Divine Land Marching Band, consisting of 120 Falun Gong practitioners from Taiwan, performed with the NTDTV Drum Team on Hsianghsie Avenue in the Hsinyi District. They attracted many spectators. The band played "Falun Dafa Is Good," "Fa Drums," and "Blessing." The host of the celebration had high praise for their performances.

The NTDTV Drum Team also wished the citizens a Happy New Year with its performances.

“A Multicultural Family: "We've Never Seen a Show to Compare to the Chinese New Year Spectacular"”