(Clearwisdom.net) The music played, the curtain raised, and a scene of heavenly paradise appeared on the stage, as the audience burst into thunderous applause. The Divine Performing Arts of New York presented the Chinese New Year Spectacular at the Hilton Hotel in Las Vegas, Nevada, the "Entertainment Capital of the World," on the evening of January 21, 2008. The audience responded with applause and cheers, and the show ended to a standing ovation from the audience.

Casino Manager in Las Vegas: "The Songs Made Me Cry" (Photos) 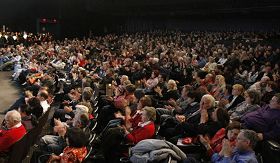 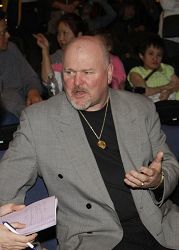 (Clearwisdom.net) The Chinese New Year Spectacular, presented by the Divine Performing Arts touring company, dazzled more than 2,000 audience members at the Detroit Opera House in downtown Detroit, Michigan on January 22, 2008. Many audience members highly praised the performance. They commented that the Divine Performing Arts displayed incredible beauty. It was hard for some to choose their favorite performance. They said they loved every part of the show.