New Zealand: Traveling to Northland for the Holidays, Practitioners Clarify the Truth and Introduce Falun Gong

From January 4-7, 2006, practitioners from New Zealand went to Taurange, Whangarei, Palmerston North, and other cities on the north island, to introduce Falun Gong and clarify the truth. Local people were amazed to learn that there is a such a beautiful practice spread out all over the world. When learning of the persecution against Falun Gong happening in China, many people couldn't believe it, since it's so hard for people from the countries of freedom to imagine that in modern society, there exists an evil regime such as the Chinese Communist Party, that persecutes nice people. Many people asked with concern, "How can I help you?" When they learned that nearly seven million people have withdrawn their membership in the Chinese Communist Party and its affiliates, they're so excited, 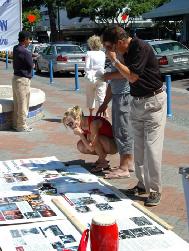 People are shocked by the persecution facts 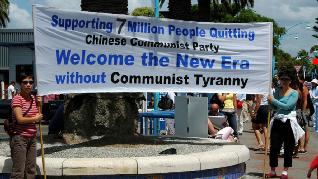 “New Zealand: Clarifying the Truth During the Holidays (Photos)”