To expose the evil and stop the persecution, Falun Gong practitioners in Jilin City worked together to hang a one-by-three meter banner in front of the entrance gates of the Fengman Regional Government Building on the night of August 23. The Political Consultative Congress, the National People's Congress and the District Party committee all meet in this building. The banner says, "Please Release the Detained Practitioners Immediately - Seriously Punish the Evildoing Policemen Chang Yue and Li Jianping." The practitioners also posted numerous self-stick posters reading, "Erdao Police Station Violates Laws and Arrests Good People" at many locations, such as the regional government, the Fengman Police precinct, and two other police stations. It frightened the evildoing people dramatically and also let many people know that Dafa disciples continue to be persecuted even now.

The banner that was hung at the side door of the Fengman Regional Government has the following words on it, "Please Release the Detained Practitioners Immediately - Seriously Punish the Evildoing Policemen Chang Yue and Li Jianping" 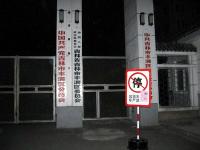 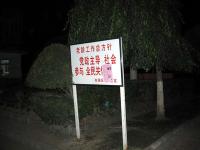 This time, the police arrested Dafa disciples with a pre-planned scheme. They had already gathered information on these practitioners after long-term monitoring of local practitioners who are persistent in practicing Falun Gong. The police waited for opportunities to persecute them. Recently, under orders from the Jilin City 610 Office, the Fengman regional 610 Office, and the Fengman Police Precinct, police officers and others from Qianerdao Township started to harass and arrest practitioners. When a police officer found that Li Youwen's wife, Fang Lichun, had disappeared, he told the other officer, "It does not matter if we lose one since we have already reached our arrest quota."

Qianerdao Township governors and personnel at the police station in the Fengman region in Jilin City have ruthlessly persecuted practitioners since the persecution began on July 20, 1999. Two practitioners from the Fengman region have already died from the persecution. They are Qianerdao Township Middle School Directors Wang Ziguang and Guo Shufen. More than ten people were illegally sent to forced labor camps, and many practitioners were illegally detained, had their homes searched, and were fined. Other practitioners were harassed to the extent that they opted to leave their homes to avoid being persecuted. 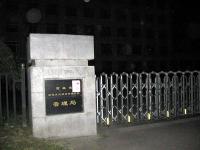 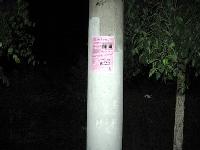 Self-stick posters that were glued on the entrance door of the Fengman Regional Government Building and the surrounding electric poles and advertising boards with the slogans, "Erdao Police Station Violates Laws and Arrests Good People" 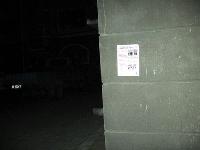 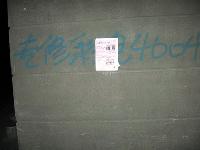 The poster that was put on the surrounding area of police department at the Fengman Precinct saying, "Erdao Police Station Violates Laws and Arrests Good People"