Weathering the Storm, Chapter 3 of Part One 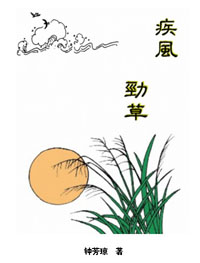 Chapter 3 A Life of Desperation

a) Drowning in Piles of Medicine

My mental state worsened after the unsuccessful surgery at the Army General Hospital. I knew the days when I could still walk around on my own were numbered and I could become paralyzed at any time. But I didn't tell any of my family or friends about my deteriorating condition because I didn't want them to worry about me. I often cried myself to sleep at night. I don't remember when it first appeared, but I soon began to experience a new health problem - whenever I got excited or angry, I would feel blood vessels in my brain start to tighten up like musical instrument's strings and my whole body would become numb. I started to carry several medicines to treat cerebrovascular diseases in my purse together with my makeup. Sometimes when I walked, I felt I couldn't support my own weight. I also suffered from several episodes where I lost my eyesight temporarily. One day when I drove my own car to work, I suddenly went blind. I pulled my car over, swallowed some medicine, and bent over on the wheel. It took me about an hour to recover.

One day when I was fishing with my family in Wangjiang Park, a guy came up to me and tried to sell me an insurance policy. I asked him if the insurance was an investment that would increase in value. He said no so I didn't buy it. The encounter got me thinking of investing in the stock market. I bought some volatile stocks in the secondary stock market. The stocks in the secondary stock market hadn't been officially listed in the stock exchange yet, so they were much riskier than regular stocks. But I was attracted to them by the promise of higher returns and I hoped they would be able to pay my expenses when I could no longer work.

b) No Known Cure for Aneurism of the Cranial Artery

I didn't want to learn more bad news about my health, so I kept putting off more visits to the hospital. In 1997, my condition had deteriorated so badly that I was left with no choice but to go back to the hospital. This time, I went to the Western China Medical University. The professor who saw me felt I had a rare disease and didn't want to make a definite diagnosis. So he told me, "Every Wednesday afternoon we have a session where all the professors and medical experts in our hospital get together to discuss rare cases. Please book an appointment for that session." When I went there, over 30 medical experts saw me. They reached the unanimous conclusion that I was suffering from the aneurism of the cranial artery, a rare disease with no known cure. They told me that the surgery I had done earlier only made my condition worse. They said, "It's as if a load that was once shared by two people is now left with just one person to carry. The situation is now much worse. If the blood vessels weren't tied up carefully enough, it could cause damage to the nerves of the cerebellum and result in long-term after-effects." So it turns out that the pain that I was feeling in my brain was caused by the botched surgery. They finally told me, "There is nothing we can do for you right now. Please leave your name, address and phone number with us. We will contact you when the medical technology is advanced enough to offer you a cure." The call hasn't come to this day.

In 1998, some renowned experts from a major hospital in Shanghai came to Sichuan Province to see patients. I made an appointment with them, and they confirmed the diagnosis of aneurism of the cranial artery. They said that I could pay 100,000 Yuan to do a surgery in Shanghai. I said, "Are you sure the surgery will work? If it will work, I am willing to pay even 200,000 Yuan." The doctors said that they weren't sure the surgery would work. I thought it over and declined the surgery.

One day in the fall of 1997, the father of my son paged me and asked me to go over to his store. I went to see him and he asked me for money. I told him that I had no money because I had just bought a car and I even had to borrow 3,000 Yuan from my brother to pay for the car (I had spent all my savings buying stocks in the secondary stock market). As soon as I told him I couldn't lend him any money, he grabbed a kitchen knife and charged toward me. His employees and friends rushed over to hold him back. I was so stunned by what had happened that I collapsed into a chair and began to shake uncontrollably. My entire body felt numb and icy cold. My tongue felt stiff, my lips turned purple, and my face turned ashen. People around me became scared. They didn't know what to do and didn't dare to touch me. It just happened that I had finished the medicine that I normally carried in my purse. I managed to write down the names of medicine that I normally took with my shaking hands.

After that, the cerebrovascular disease I was suffering from steadily deteriorated. It flared up constantly. The discoloration on my face became more and more pronounced. My right leg always felt swollen and painful. I often had to lie in bed, lifting my right foot and pushing it against the wall to keep my leg elevated.

Heaven is fair to people. Even though I had to go through a terrible marriage and was suffering from terrible pain, I had always been very successful when it came to my job. I thought it was the heaven's way of evening things out for me and giving me a little hope to continue my miserable life.

My husband and I had separated when my son was only 3 years old. After the incident when he came after me with a kitchen knife, I began formal divorce proceedings. But we couldn't reach a settlement over my money and property. So I had no choice but to temporarily postpone the divorce proceedings. During that time, my business had become better and better. I always overloaded my truck and it was better to drive at nighttime since there was less chance of getting a traffic ticket then. But because of my health problems, I couldn't drive at night by myself. In the spring of 1997, I sold my truck and subcontracted the truck transportation work that I used to do to someone from Pengzhou City who owned two big Chinese-made trucks. In 1998, Chengdu City began the construction of its Loop 3 Highway. There was a lot of work. I subcontracted four big trucks plus trailers from Chenghua District Transportation Company, and the trucks ran day and night. I was indirectly employing a total of 30 truckers and cargo loaders. I got to the point where I only needed to work about one hour a day. I just needed to drive to the headquarter of the city's Road Construction Department at 11 AM to pick up the work order for the day and then assign the work to the subcontractors. I was only working a total of 20 hours a month, and yet I was making over 10,000 yuan every month. Sometimes I made as much as 20,000 yuan in a month. I bought a house, a car, and an expensive cell phone. I sent my son to an exclusive school. I also achieved my personal investment goal. I obtained 100 orders of stocks from the secondary stock market at a total cost of 400,000 yuan.

e) Living without a Soul

Unfortunately everybody knows money can buy a house but not a home; it can buy medicine but not health.

I could never forget about the aneurism of the cranial artery in my right leg. It was a constant source of stress, and I knew I was doomed to spend the second half of my life paralyzed. So I tried my best to make as much money as possible when I was young. That was why I bought 100 orders of stocks from the secondary stock market. I was hoping to make a killing when the stocks were listed officially. But I constantly thought to myself, "Would I really make money with the stocks?" When the stock market dropped in 1997, I lost 200,000 yuan overnight. After that, I couldn't eat and I couldn't sleep. Sometimes I felt I didn't even have the strength to step down on the gas pedal. I was living without a soul. The stocks couldn't give me a sense of financial security that I was hoping they would bring.

There were a lot of conflicts and emptiness in my life. I also felt sick and scared all the time. Other than spending an hour working every day, I spent the day trying to find different ways to bring a little happiness to my life. I was always getting facials and new hairdos or playing Mahjong. Sometimes I thought that I should just kill myself since this way I would be able to leave some money for my mother and son before the medical bills ate up all my savings. But then when I thought how sad they would be if I died, I had to give up that idea. I constantly cried and swallowed my pain everyday all by myself.