(Minghui.org) The Ukrainian Minghui website (uk.minghui.org) was officially launched in January 2023. The website offers information about Falun Dafa and its principles of Truthfulness-Compassion-Forbearance. Through their experience sharing articles, practitioners talk about how they have improved their health and character through practicing Falun Dafa. The practice has benefited millions of people around the world. 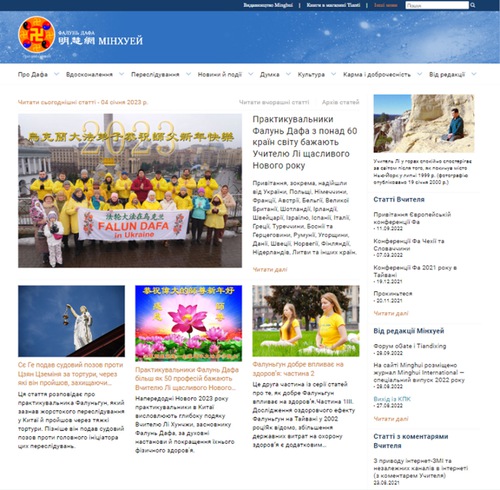 Exposing the CCP’s (Chinese Communist Party) crimes is also an important role that Minghui plays. By having access to this information, the Ukrainian people will learn the truth about communist ideology, especially the atrocities it has committed in China. There are many special reports on Minghui.org that detail how the CCP persecutes and kills Falun Dafa practitioners in China, even harvesting their organs for profit.

The website was launched by Falun Dafa practitioners in Ukraine after much difficulty and the complicated situation during the Russia-Ukraine War. Ukraine has had electricity shortages since the beginning of the war, which intensified in the fall of 2022. Ukrainian practitioners had to overcome many problems. Many homes rely on electricity for heat and water. Internet connectivity can also be problematic in some areas during power outages.

Nonetheless, since the summer of 2022, participants in the Ukrainian version of Minghui have been preparing the initial articles needed to start the Minghui website. The initial content included more than 100 articles, including Master Li Hongzhi's lectures and short articles, practitioners’ cultivation experiences, news and reports on the persecution of Falun Dafa in China, and articles on the health benefits of practicing Falun Dafa.

Finally, from the end of December 2022 to the beginning of January 2023, practitioners completed the preparation phase of the website content and design, and the website was officially launched in January.

Falun Dafa was introduced in Ukraine as early as 1998. Today, there are practitioners in major cities throughout Ukraine, including the capital Kyiv, Dnipro, Kharkov, Lvov, and Odessa.

Practitioners held many activities to introduce Falun Dafa, and let many people know about the CCP’s persecution of Falun Dafa. For example, since 2009, The Art of Zhen, Shan, Ren (Truthfulness, Compassion, Forbearance) Exhibition has been held in several cities in Ukraine, including Kyiv, Berdyansk, Vinnytsia, Dnipro, Zaporizhzhia, Odesa, Kharkiv, Lviv, Kramatorsk, Mykolaiv, Rivne, Kherson, and other cities. 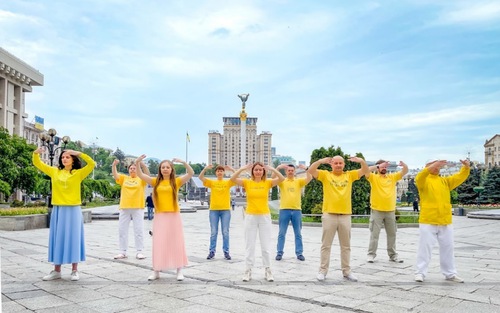 Practitioners hold group practice on Independence Square in the center of Kyiv. 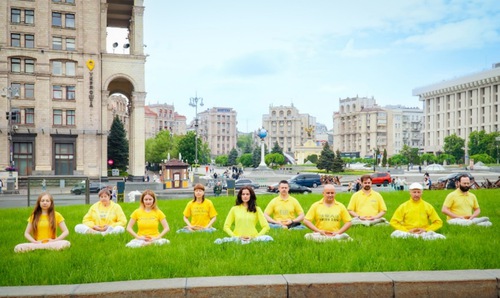 Group practice beside the main street near Independence Square. 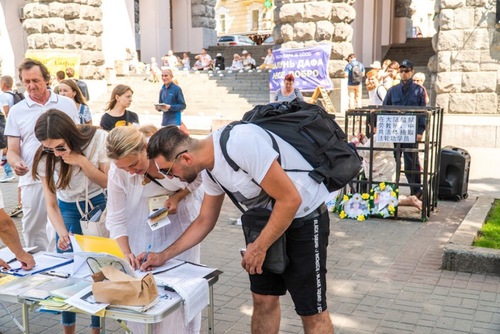 Passersby sign a petition calling for an end to the CCP’s persecution at a Falun Dafa information table in the center of Kyiv.

Ukraine is located in Eastern Europe and is the second largest country in Europe with an area of about 600,000 square kilometers. Before the ongoing war, Ukraine had a population of 41 million (as of January 2022). Kyiv, the capital of Ukraine, has many historic and unique buildings, including the thousand-year-old Saint Sophia Cathedral, the Kyiv Pechersk Lavra, and the Golden Gate of Kyiv. 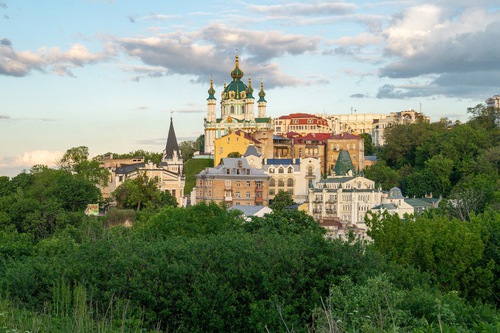 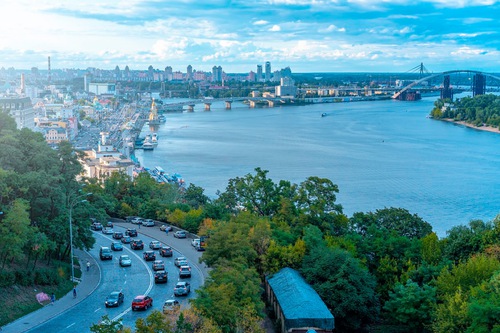 Views of Kyiv from the Dnipro hills.