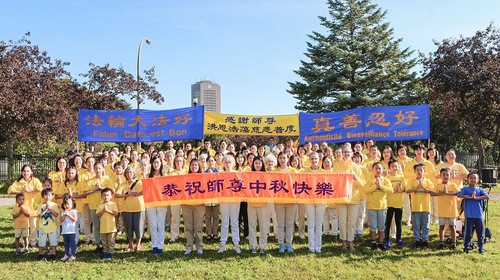 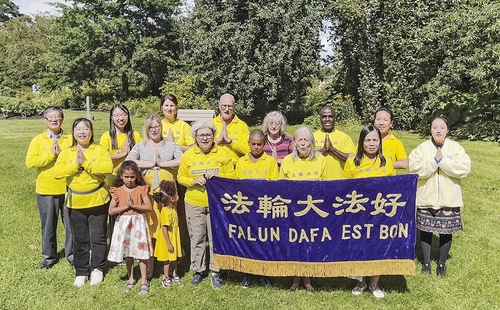 Practitioners of different races and cultural backgrounds said they found the true meaning of life through practicing Falun Dafa. Putting the principles of Truthfulness, Compassion, and Forbearance into practice has brought happiness to them, their friends, and their  families. They are grateful to Master Li from the bottom of their hearts.

Embracing a Positive Outlook on Life 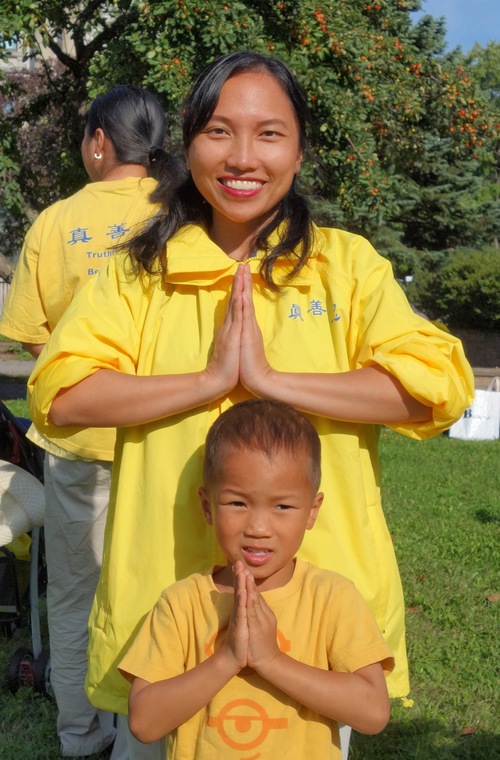 Originally from Vietnam, Trang Nguyen found Falun Dafa in France in early 2021. She suffered from constant headaches. Her head, from her nose to her ears, ached and the pain was excruciating. Medication was useless. Her pain vanished the first time she did the five exercises and she has been practicing ever since.

Trang thought at first it would be easy to put Truthfulness, Compassion, and Forbearance into practice. She later discovered it was actually hard to follow these principles in daily life. She had a quick temper and often got into arguments with her husband over small matters such as renovating the kitchen and educating their children. She sometimes became so upset she thought of divorce.

She noticed that she had fewer negative thoughts as she continued to study the teachings and work on her character every day. She no longer felt troubled by conflicts and was able to see things from her husband’s and children’s perspectives. Family relationships became more harmonious. She said her husband was astonished to see her making phone calls to members of the European Union to tell them about the persecution of Falun Dafa in China. This was impossible in the past as she used to be lazy and spent a lot of time on social media. She never made phone calls or wrote letters to anyone.

Her husband said, “Falun Dafa has turned someone who was a pessimist into one who is enthusiastic and proactive!” Inspired by her positive changes, he started to read Zhuan Falun and practice Falun Dafa.

Trang wanted to hold a Truthfulness-Compassion-Forbearance art exhibition. Before moving to Montreal this year, she searched for houses online and found a place suitable for putting up the exhibit. When she learned that the owner was Chinese, she wrote a letter to explain she wanted to buy the house to hold an exhibition exposing the persecution in China and to showcase the beauty of Falun Dafa. Although her offer was not the highest, the owner sold the house to her.

Jessica moved to Canada from China in 2018. Her aunt introduced her to Falun Dafa and together with her husband, they began to read Zhuan Falun. She said, “I understood all at once things I did not know for the past 30 years of my life. My husband and I made up our minds to cultivate.” 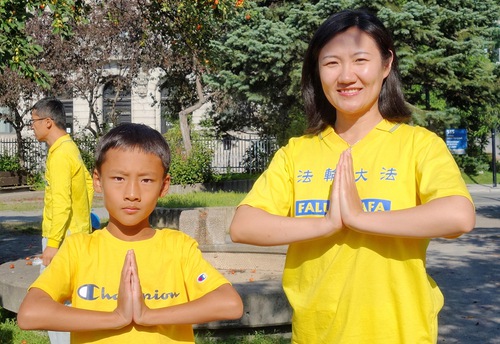 Jessica and her son thank Master Li for teaching the world Falun Dafa and the happiness it brought her family.

The couple bickered frequently before practicing Dafa. Jessica is an only child while her husband felt he was in charge. Neither of them would give in when they had conflicts. Their parents were constantly worried about them. After they began practicing, they learned to look at their own faults. Jessica’s husband became a completely different person. Not only did he quit drinking and playing computer games and never doing any household chores, he became a good husband who worked hard to take care of the family.

When Jessica’s parents came to visit them from China, both of them, who were initially deceived by the Chinese Communist Party’s lies about Falun Dafa, were moved by the couple’s transformation. Jessica and her husband urged them to read the Nine Commentaries on the Communist Party. They all listened to Master Li’s taped lectures. Jessica’s parents realized the CCP’s propaganda was all lies. Later, they both began to practice Falun Dafa. Even Jessica’s grandmother, who had been the most against Dafa, began practicing.

Jessica said the entire family changed for the better since taking up Dafa. They began helping each another, taking care of the grandmother, and no one complained when things needed to be done. Everyone worked hard on improving their character and the family became happier.

What touched Jessica was seeing that many people know practitioners are kind, upright, trustworthy people through practitioners’ years of raising awareness. One time, she and her husband dined at a Vietnamese restaurant and talked to the owner about Dafa. She said she already knew about it. When they finished eating, the owner approached them and said, “I plan to retire in two years time and want to sell the business. If you are interested, I can show you how to run it. I ask you because you practice Falun Dafa, so I know you are good people.”

A piano tuner who went to their house to tune the piano was so impressed when he learned the couple practice Falun Dafa that he bowed to them and said, “I read the teachings. Falun Dafa is amazing.” He said he escaped to Canada amid danger and hardship when the communists occupied Vietnam. He said he knows firsthand what terrible things communism is responsible for.

Jessica sent Master Li Mid-Autumn festival greetings: “Thank you, Master! You gave everyone in my family a new chance at life. You have given us so much. The only way we can repay you is to practice cultivation diligently.”

Finding My True Self

Ms. Carolle Caza is a nurse. She developed health problems while working at a hospital in Montreal in 2007. She searched for various methods to improve her health. Someone told her about Falun Dafa while she was on sick leave. She discovered this was what she had been looking for. 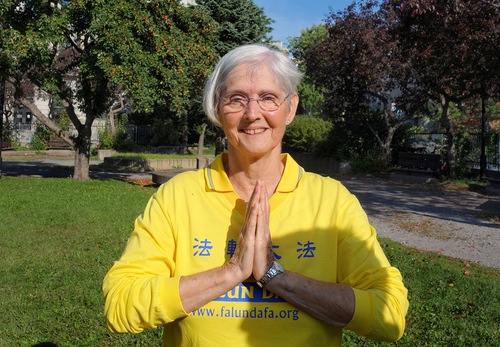 Carolle said she felt herself ascending toward higher levels by finding her attachments such as resentment and fear of making mistakes in front of others after she started to practice. She said Dafa is helping her return to her true self, physically, mentally, and morally.

She often tells patients about the beauty of Dafa when she makes home visits. When she plays music composed by practitioners she often sees light emitting from the patient’s body and they look more relaxed.

Carolle expressed her thanks to Master Li on the occasion of the Mid-Autumn festival: “Thank you, Master, for everything--your guidance, care, and support. The time now is very precious and we have a lot to do. I feel extremely fortunate to practice Dafa!”

“Elderly Man Dies Soon After Daughter’s Second Prison Sentence, a Final Blow in the Relentless Persecution of His Family”