(Minghui.org) Gastric cancer is one of the most prevalent cancers worldwide, and China is one of the countries with the highest incidence and mortality. According to World Cancer Research Fund International, there were 1.09 million new gastric cancer cases in 2020, with 478,000 of these in China. Globally in 2020, nearly 769,000 people died of stomach cancer, including 373,000 (46%) cases in China.

Gastric cancer patients are often in despair and misery. But there is still hope. Some patients have emerged from desperation after cultivating Falun Dafa, also known as Falun Gong. Below are several such recovery stories.

Mr. Ye Hao was born in Fuzhou City, Fujian Province, China in 1937. He graduated from the Department of Electronics, Tsinghua University, and later retired from the Ministry of Public Security as a deputy director. Now, at the age of 85, Mr. Ye still has good hearing and vision. His back is straight, his mind is clear, and his thinking is quick.

In 1957, Mr. Ye was devolved to the countryside at the age of 19. He could not sleep at night due to stress. In 1963, he was diagnosed with advanced stage gastric and esophageal cancer.

In order to cure the diseases, Mr. Ye explored all options. He studied both Western and traditional Chinese medicines, but none could help him. He also learned acupuncture and food supplements, but to no avail. He began to study qigong after he went to Beijing in 1978.

On June 25, 1992, Mr. Ye attended the first class that Falun Dafa founder Master Li Hongzhi held in Beijing. He was impressed with the profound principles of Falun Dafa and amazed by its miraculous health effects. He thus started to practice Falun Dafa. His health gradually got better and he recovered from the cancers. 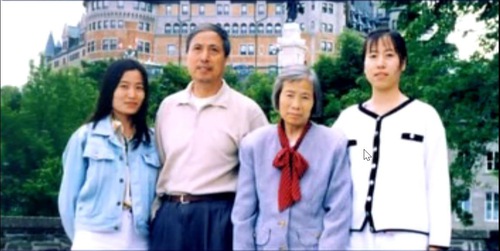 Mr. Ye Hao and his family

Ms. Yang Li was born in Anqing City, Anhui Province, China in August 1947. She graduated from Anqing City Arts School, with a major in Huangmei Opera. She was first engaged in opera performance and then in costume design.

In September 1990, Ms. Yang suddenly vomited blood when she was designing costumes. She was diagnosed with advanced stage gastric adenocarcinoma and underwent surgery followed by chemotherapy.

The surgery took almost nine hours. Ms. Yang was unconscious when she was brought out of the operation room. The doctor told her family that she could only live for two years at the best. After the surgery, Ms. Yang could only take in a limited range of liquid foods such as rice cereal.

Ms. Yang lost all her hair after three cycles of chemo treatment. She often had a fever and vomited. Since the vagus nerve in the entire stomach was severed, she vomited no stomach acid but bile. She could not raise her arms, nor could she turn her body.

Her platelet and hemoglobin levels were so low that her doctor discontinued her chemo treatment. She felt hopeless.

Ms. Yang was told by her doctor in 1995 that she only had three months to live. She gave up the treatment and just waited for her final day to come. During this period, she was introduced to Falun Dafa by a friend.

As she did the Falun Dafa exercises, she felt stronger and her pain disappeared. The following spring, Ms. Yang went out to do the exercises at a group exercise site. A month later, she could ride a bike. She could also eat anything without any pain. She was excited at being illness-free and reborn.

It has been 27 years, and Ms. Yang is still healthy. Master Li has given her a second life. 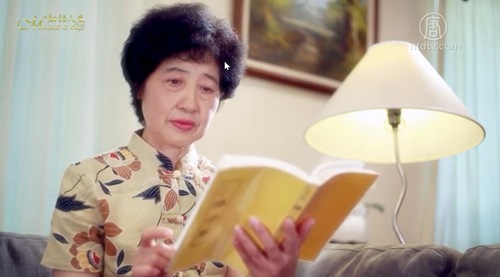 Hydropower Dam Designer: I Can Eat Even Without a Stomach

Ms. Wei, from Zhejiang Province, had a degree in Hydraulic Architecture. She once worked on hydropower dam designs for a company in Shanghai. Her whole family immigrated to Canada in 1986.

Ms. Wei was introduced to Falun Dafa by a friend in 1995 and received a copy of Zhuan Falun, the main book of the practice. In the beginning, she did not believe the principles described in the book and only read the chapters related to health and diseases.

In early 1996, Ms. Wei had stomach pain and was diagnosed with gastric cancer. In August of that year, she underwent a total gastrectomy. The surgery lasted almost eight hours. She received the best care in the hospital.

Although the operation was successful, her entire stomach and part of her colon were removed. She would experience discomfort if she ate even a little bit of food. She thus lived on liquid infusions. She totally lost the ability to take care of herself.

Ms. Wei said, “I was incapacitated. No matter how many people took care of me, this kind of life is suffering. My life was meaningless.”

Mrs. Wei was sad when a nurse told her that she could only live for six months. She felt hopeless and in despair. Without much time left in her life, she started to read Zhuan Falun again. This time, she was drawn to the spiritual teachings and decided to practice Falun Dafa while she was still alive, with the hope that her next life would not be so bitter.

Ms. Wei read Zhuan Falun and did the exercises every day, and her outlook on life started to change. She understood the meaning of life. She also understood why people have illness and hardships. Her mood brightened. To her surprise, she gradually regained her strength. She could sleep and walk. Her digestive function also returned to normal, and she could eat anything, even dry foods. 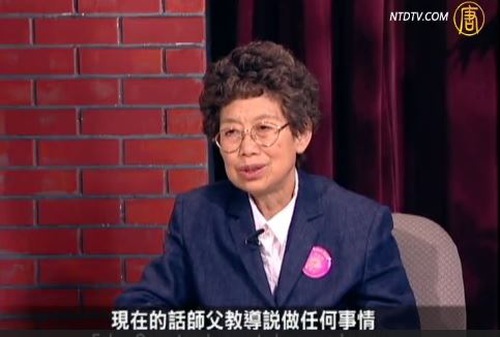