(Minghui.org) The Black Sea and the many resorts along its coastline are popular tourist attractions, especially in August. To help tourists visiting these sites in Romania learn about Falun Dafa and the ongoing suppression by the Chinese Communist Party (CCP), practitioners went to several coastal cities between August 11 and 16, where they set up booths and displayed posters. Many people were happy to hear the information and some learned the exercises. 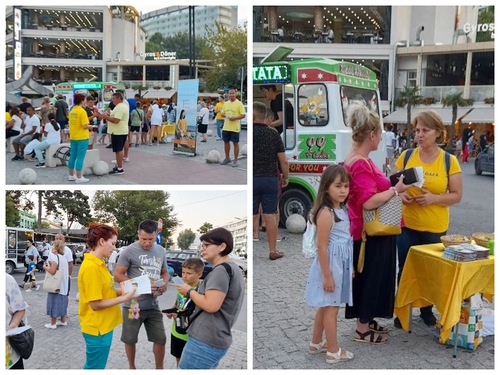 During two events at Eforie Nord on August 11 and 16, practitioners distributed materials and told people about the benefits of Falun Dafa, as well as the persecution in China. Some tourists were interested in the exercises and began to learn them. 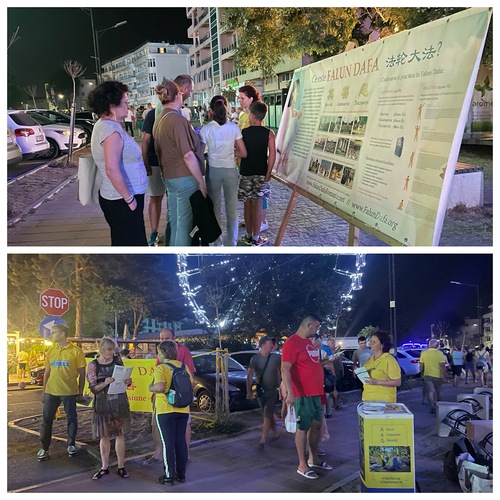 Tourists read posters and asked practitioners questions during an event at Eforie Nord on August 16, 2022. 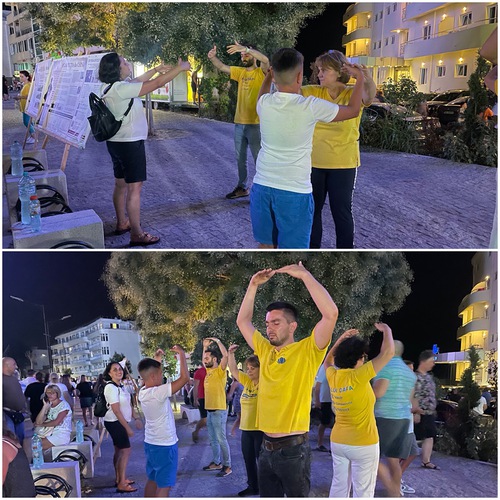 Practitioners set up a Falun Dafa booth at Eforie Sud on August 15. They displayed posters and spoke with passersby about how practitioners are persecuted in China for their belief.

People stop to read posters to learn what is going on in China. 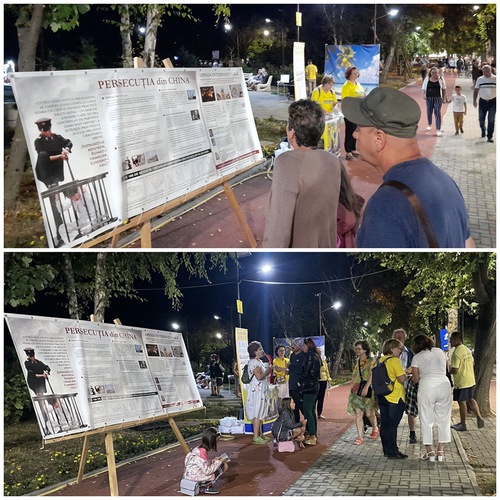 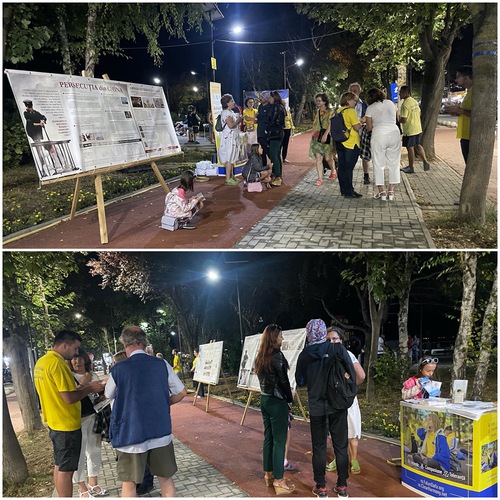 Even as night fell, people continued to stop by the practitioners’ booth and ask about the persecution of Falun Dafa in China. 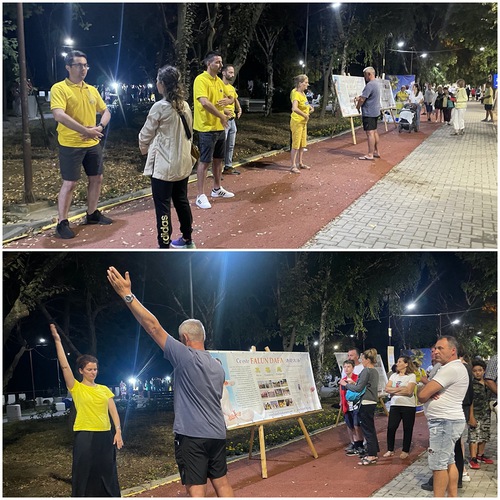 People watched practitioners demonstrate the exercises and learned how to do them.

The most popular resort in Romania, Mamaia has always attracted large numbers of tourists between June and September every year. Practitioners went there on August 12 and 13 and handed out information about Falun Dafa. After reading the posters and watching the exercise demonstration, some tourists signed petitions calling to end the atrocities or asked to learn the exercises. 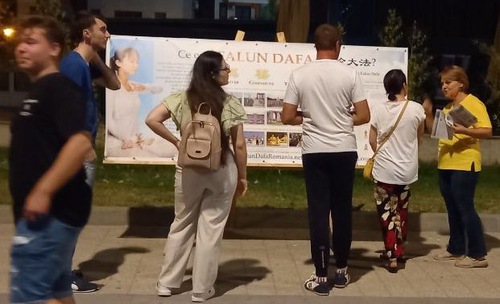 People read posters and ask questions about Falun Dafa in Mamaia on August 12.

Tourists watched practitioners do the exercises and learned how to do them at Mamaia on August 13. 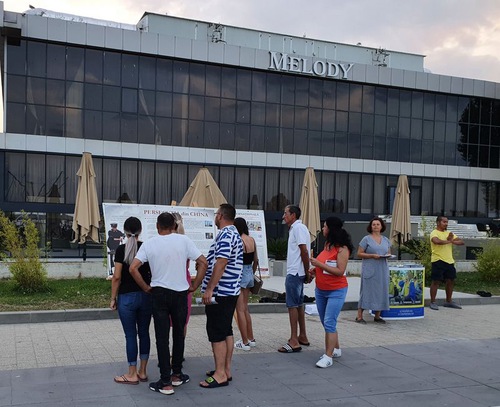 Among the tourists was a family of three from Bacau City. The parents were traveling with their 12-year-old son. They approached a practitioner who was giving out information and told her that they wanted to know more about Falun Dafa.

“We heard about the scandal that the Chinese government is removing organs from Falun Dafa practitioners and selling them for transplant. Is this true? Is this still happening?” the father asked.

The practitioner said yes. “Unfortunately, these tragedies are continuing as of today and the primary victims are Falun Dafa practitioners.”

When the father asked what Falun Dafa was, the practitioner explained that Falun Dafa is a meditation system based on the principles of Truthfulness-Compassion-Forbearance. She also described how the practice improves one’s physical health and character. The father was interested and asked how to practice it and how to do the exercises.

The wife also happily joined the discussion, saying that she also wanted to know more. The father then explained this to their son, saying that it is important to know about the suppression against Falun Dafa in China.

In the end, the father offered to help organize an event in his town where practitioners could come and demonstrate the exercises. He said they could also explain the principles of Truthfulness-Compassion-Forbearance and tell people about the atrocities in China.

Another couple from Alba Iulia in west-central Romania and their daughter in her early 20s stopped to talk with practitioners. After receiving a pamphlet about Falun Dafa and lotus flowers, they were extremely interested in learning more.

Upon hearing what Falun Dafa was, the couple invited practitioners to their next major local public event in their city, called City’s Day. They hoped this would help local residents to learn the practice that improves mind and body, and benefit from it. They also exchanged contact information to follow up and make arrangements. 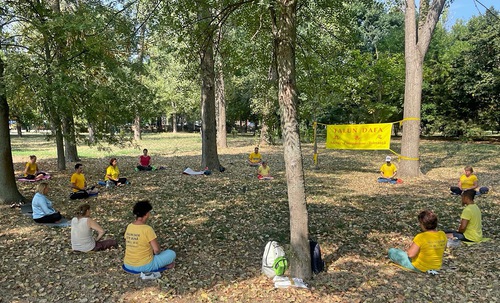 Besides introducing the practice to tourists, practitioners also gathered at Parcul Tabacarie Park every morning for group exercises.