(Minghui.org) The Art of Zhen Shan Ren International Exhibition was held in Edipsos, a famous Greek spa resort town, from August 25 to 27, 2022. Many local residents and tourists who viewed the paintings condemned the Chinese Communist Party’s (CCP) persecution of Falun Gong practitioners. 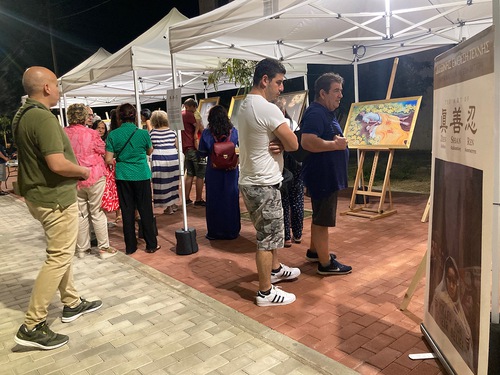 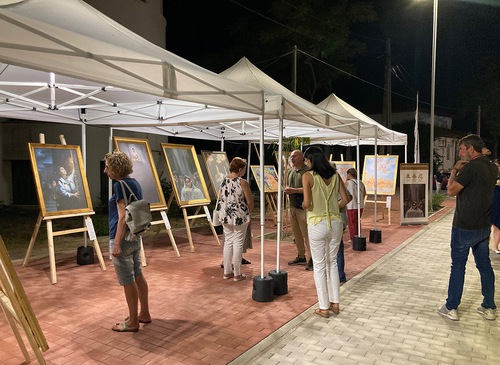 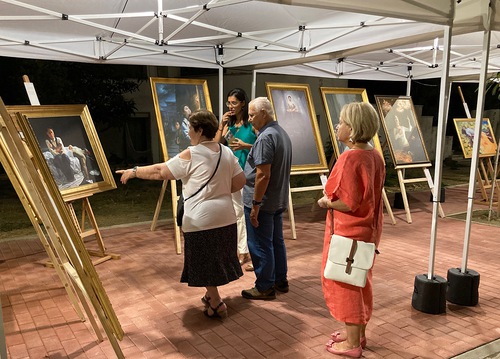 Edipsos is located in the north of Evia, the second largest Greek island. The mineral-rich thermal spring water has therapeutic effects and is famous in Greece. In ancient Greek mythology, Hercules bathed in these waters after a battle to rejuvenate himself. The ancient Greek philosopher Aristotle was said to have attempted to unlock the secrets of the therapeutic power of the springs. 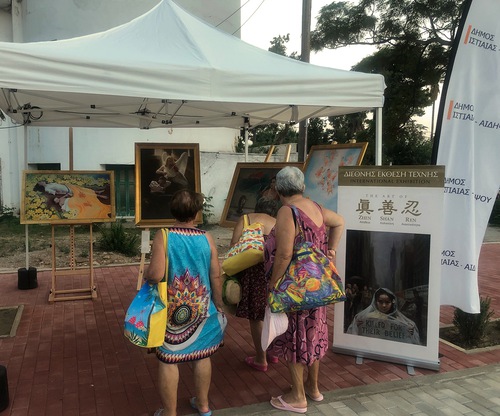 The white banner on the right is the municipal government's. 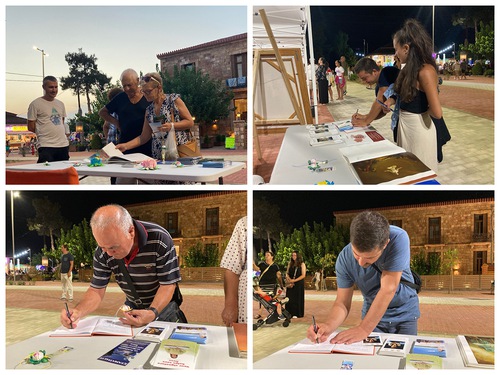 Writing comments to show support for the exhibition

The works in the exhibition were produced by a group of accomplished artists from different backgrounds. Each artist is a Falun Gong practitioner who follows the principles of Truthfulness-Compassion-Forbearance in their daily lives. 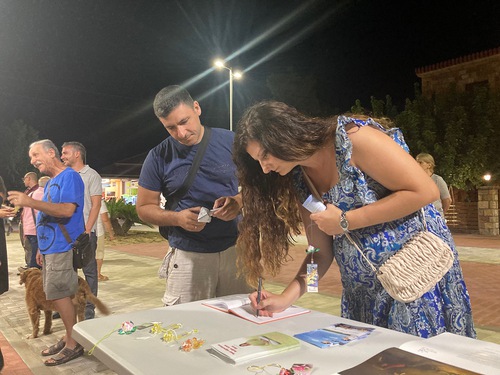 Although the CCP censors information to cover up its crimes, the Minghui website has confirmed the deaths of more than 4,800 Falun Gong practitioners from police brutality. The CCP also authorizes the harvesting of organs from living practitioners for lucrative profits.

Painter: Let Me Know When You Hold the Next Exhibition 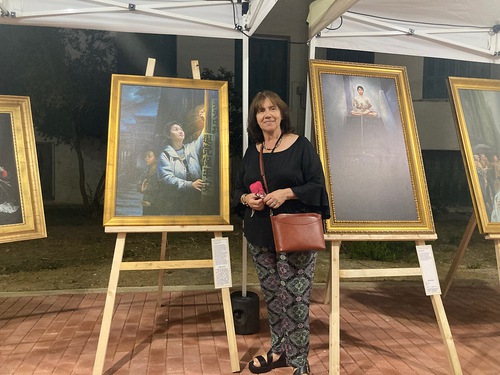 George, who was on vacation from Athens, visited the exhibition and then invited his painter friend Efi to view the paintings with him. Efi looked at each of the works carefully and wrote in the guestbook: “They are so beautiful. The artistic level of these works is unbelievable.”

Efi handed her business card to a Falun Gong practitioner, saying, “If there is an art exhibition in Athens next time, be sure to inform me. I will bring many friends to see it.”

A painter named Georgios said: “There are very few people who paint so realistically now, because with cameras and computers, there are many ways to create art.”

“The message conveyed in the paintings is powerful and touches my heart,” a painter from Romania said with tears in her eyes. “It’s amazing how you spread information about the persecution. I hope more people visit the exhibition.”

A Viewer: Keep Up Your Efforts 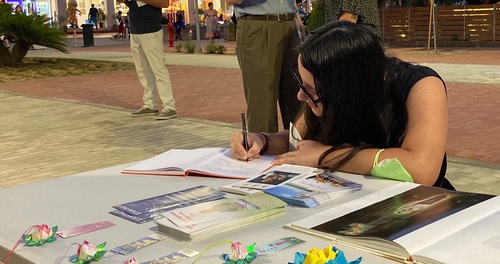 “I saw it yesterday. It’s a very good exhibition,” Penny told a practitioner. “Keep up your efforts because this [the CCP persecuting Falun Gong practitioners] is the worst thing. I never knew that there were such terrible things [happening] in China.”

Penny congratulated the practitioners on the success of the exhibition and wished them all the best.

“Thank You for the Message” 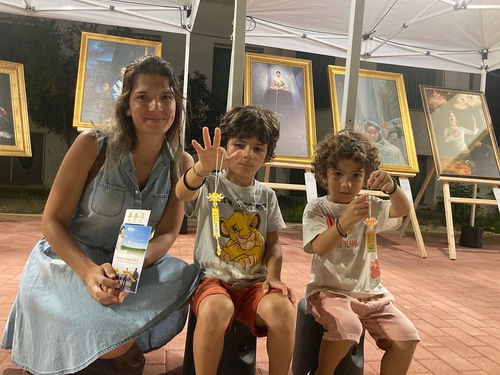 Kleoniki had planned to leave four days earlier but had to stay a few extra days due to car problems. When she and her children saw the exhibition she said, “There must be a reason I stayed in Edipsos.” A practitioner said, “It seems that visiting the exhibition was your destiny.” 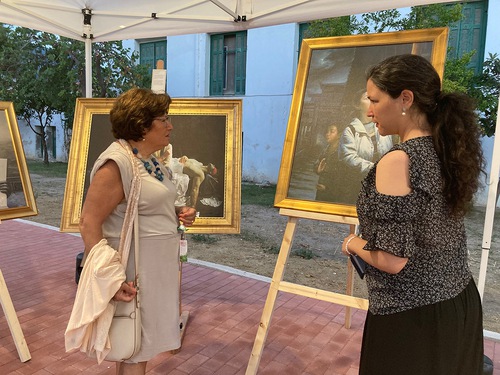 Thalia listens to a practitioner explain a painting

Thalia listened to a practitioner explain the works and then wrote in the guest book: “The exhibition is very good! Thank you for your appeal and the information you have passed on to us. I am on your side.”

“Crimes Committed by Liu Yazhou, Director of the Harbin Municipal Public Security Bureau in the Persecution of Falun Gong”