(Minghui.org) Nearly 1,000 Dafa practitioners from across Europe participated in the morning group practice in Saxon Garden in Warsaw on September 10. They silently followed the melodious exercise music to practice the exercises together. Their movements were neat and well coordinated. The peaceful scene drew the attention of many passers-by. 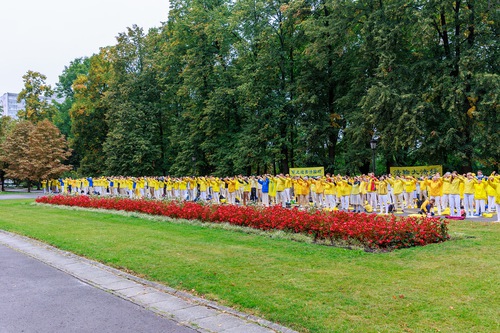 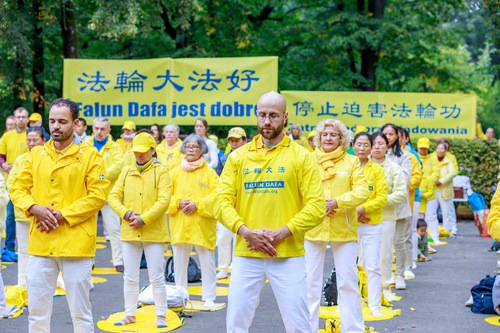 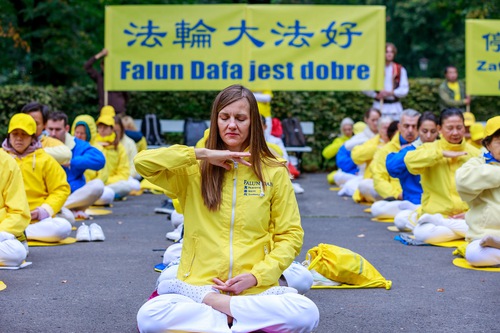 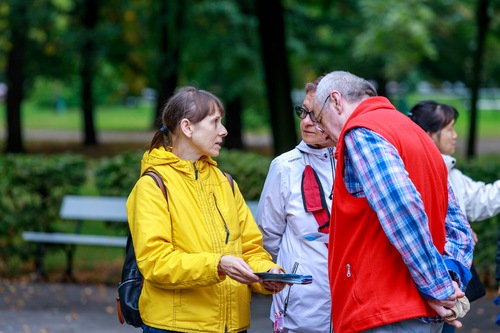 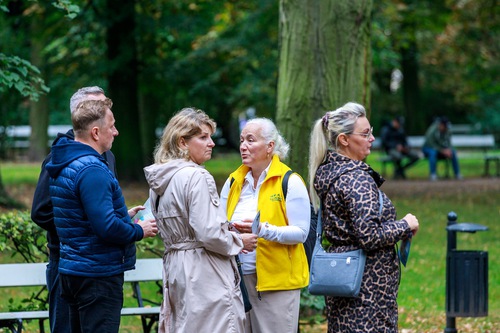 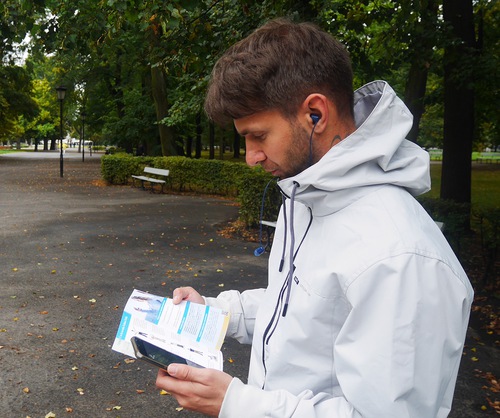 Some people had heard of Falun Dafa, for others it was the first time. But they all agreed with the universal value of Truthfulness-Compassion-Forbearance and condemned the Chinese Communist Party’s (CCP) persecution of Falun Dafa.

Polish Woman: Chinese People Should Have Freedom of Belief 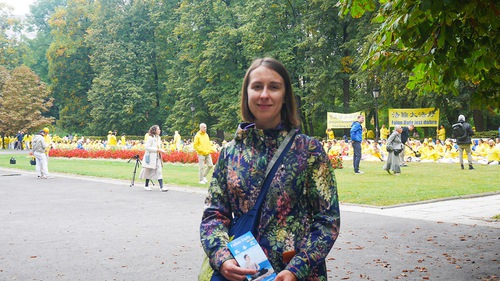 A Polish woman said that Chinese people should have freedom of belief.

A Polish woman strolling through the park stopped to watch and said, “Their yellow clothing is so bright and eye-catching. The scene is very impressive. I feel a quiet and peaceful energy here. It's very comfortable.”

She was moved to tears when she learned that the CCP persecutes Dafa in China and even harvests practitioners' organs for sale. She wiped away her tears and said, “This kind of persecution is so cruel. I’m very sad, because I know how terribly the Party persecutes people! We Poles experienced the same when the communists occupied Poland.”

In the end, she expressed the hope that the persecution will end as soon as possible, and that the Chinese people will also have freedom of belief. 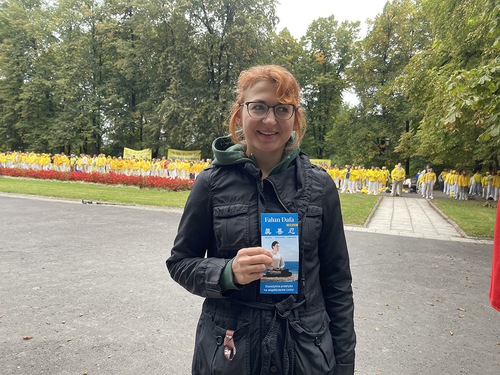 Ulla, a young Polish woman, was walking her dog in the park. When she passed by the practice site, she said, “They look bright and peaceful. They feel like a good group of people.”

“People have the right to survive,” she said. “The CCP persecutes and even kills them. The persecution is so cruel and terrifying.”

Ulla said she saw the activities organized by Falun Dafa practitioners two days before, and felt they were special. She said, “I couldn’t help having tears at the time, but I didn’t know why.”

She expressed her support for practitioners to have freedom of belief, no matter what country they are in. She said she hoped they stick with it and don't give up.

Faith in God Is Traditional 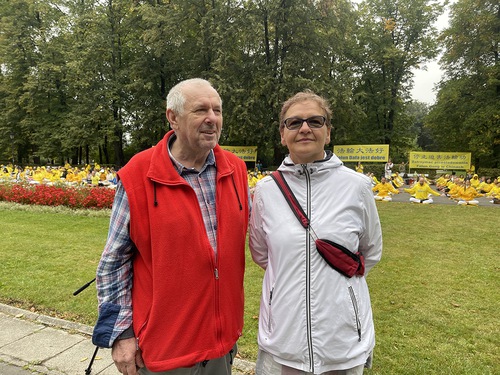 Lidia traveled to Warsaw from another city. When she saw so many people practicing slow-moving exercises in the quiet park in the early morning, she stopped to watch. She said, “They look very relaxed and peaceful.” A practitioner talked to her and gave her more information.

She learned that this is an ancient practice from China called Falun Dafa, and that Truthfulness-Compassion-Forbearance is the principle that these practitioners follow. She said, “Traditional Chinese culture is very good. A culture with moral norms has the same goal as the Western belief in God.”

She said she heard the CCP regime persecutes people but this was the first time she heard about the persecution of Falun Dafa practitioners. She thanked the practitioner for the information.

A young Ukrainian who passed by the park read the Falun Dafa flyer carefully. He said, “As a member of persecuted people in the war, I care about my country very much. I can also understand the feelings of other persecuted people. I hope Falun Dafa practitioners can win their own rights and live in a country that has the power to uphold their beliefs.”

A Polish undergraduate student also said that seeing so many people practicing Falun Dafa gave him a very quiet, pure and peaceful feeling. He said that belief was a fundamental human right, and that Poles had difficult experiences under communist rule. The persecution of Falun Dafa must stop.

“Greetings to the European Fa Conference”