(Minghui.org) The Federation of Indo-Americans of Northern California hosted an India Day Parade on August 21, 2022, as part of the Festival of Globe. Falun Dafa practitioners were invited to participate in the parade and were well received by spectators. 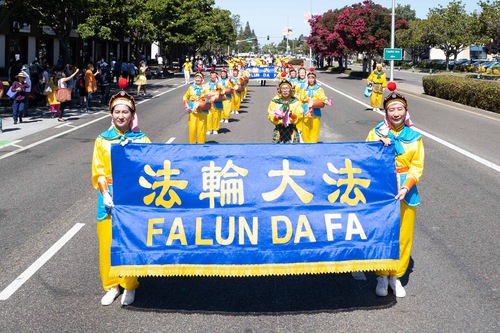 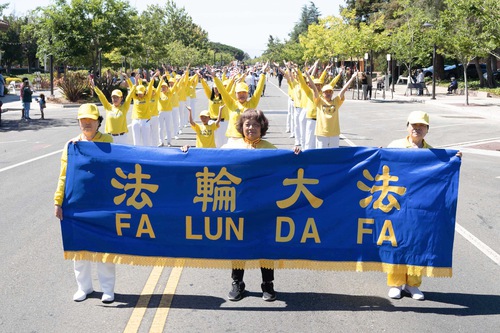 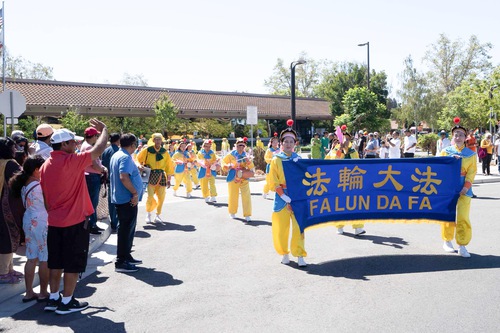 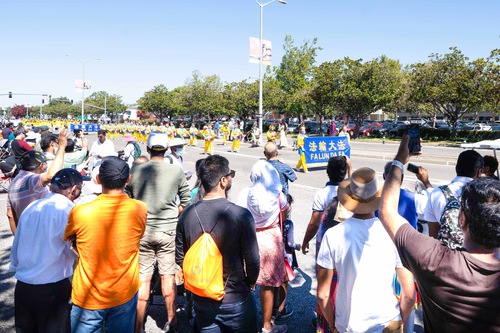 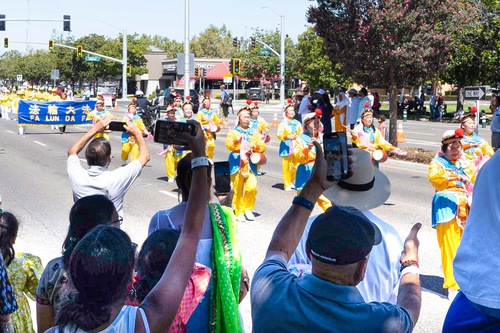 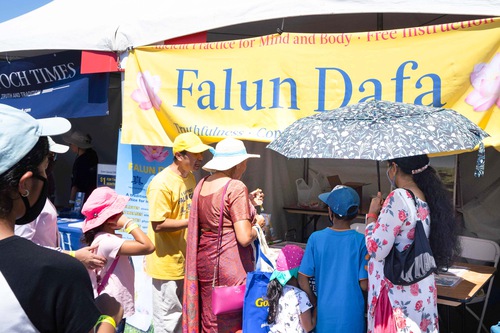 Falun Dafa practitioners’ booth at the Festival of Globe

KP Maheshiwari, the parade organizer, said, “There are over 60 groups participating in this year’s parade. This is the most we’ve hosted so far. We are celebrating Indian Independence Day, which falls on August 15.”

Maheshiwari said that thousands of spectators were present, and broadcasting stations such as NBC and TV Asia were also covering the parade.

The parade started around 11:00 a.m. near Fremont’s government center. Fremont’s mayor, vice mayor, other council members, and representatives from the Indian consulate participated in the parade. 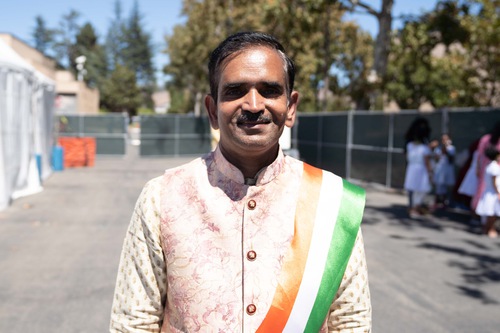 KP Maheshiwari, the parade organizer, was happy that practitioners attended

Maheshiwari said, “Falun Dafa’s procession is wonderful and their performances are outstanding. I am very enthusiastic about seeing practitioners’ performances. I am happy that practitioners are able to attend this parade.”

“Falun Dafa practitioners attended the Indian Day parade in the past and left a deep impression on me. I like the principles of Truthfulness-Compassion-Forbearance. I know that people benefit in mind and body after practicing Falun Dafa.” 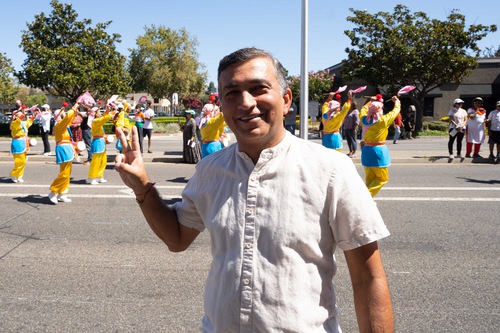 Vikas stated that the world needs the principles of Truthfulness-Compassion-Forbearance. 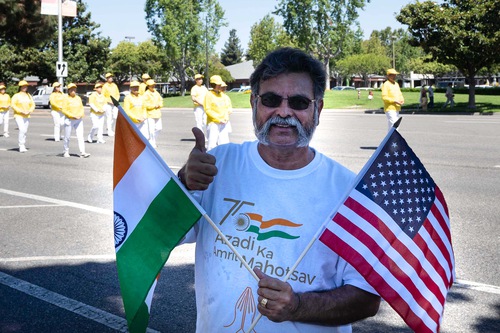 Nilash gives a thumbs up to the practitioners’ procession.

Nilash, a resident of Fremont, gave a thumbs up to practitioners as they passed by. “They are amazing. Their movements are synchronized and the colors of their costumes are vibrant. The world needs Truthfulness-Compassion-Forbearance,” he said. 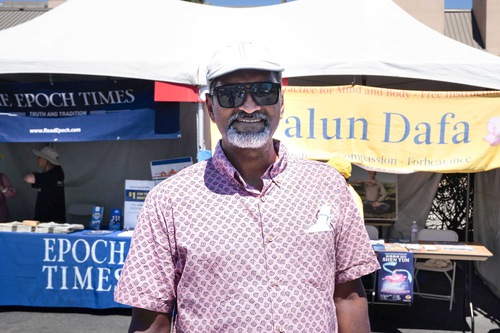 Practitioners set up a booth at the festival and many people expressed an interest in learning more about Falun Dafa.

Sarand, a pathologist, watched the practitioners’ parade and said, “They are full of energy. The procession and the music were both amazing. I have never seen anything like this before.

“The principles of Truthfulness-Compassion-Forbearance are beautiful. We need to follow these principles in our lives. We should be truthful and treat others compassionately. Though it may not be easy doing so, we still need to work towards that direction."

Sarand said he wanted to learn about Falun Dafa’s meditation exercises and research the practice some more.

“Tauranga, New Zealand: Residents Expressed the Importance of Truthfulness, Compassion, and Forbearance at Parade and Rally”

“Passing On the Goodness of Falun Dafa”

Latest Podcast
Podcast (Cultivation): “How I Guarded Against Validating Myself During Group Fa-Study”
- Aug 26, 2022