(Minghui.org) Practitioners in Tokyo held activities at Kudanshita Station in Chiyoda, Tokyo during the Obon Festival on August 15, 2022, to tell people how the Chinese Communist Party (CCP) persecutes Falun Dafa. Crowds of people who were traveling to honor their ancestors had the opportunity to hear about Falun Dafa. Many people signed a petition calling to bring former CCP leader Jiang Zemin to justice.

As soon as they exited the train, people saw the practitioners’ banner at the entrance of Kudanshita Station. Many stopped to find out more, including many young people. Practitioners distributed flyers and gave out paper lotus flowers. A number of people expressed their support and wanted to make a donation. 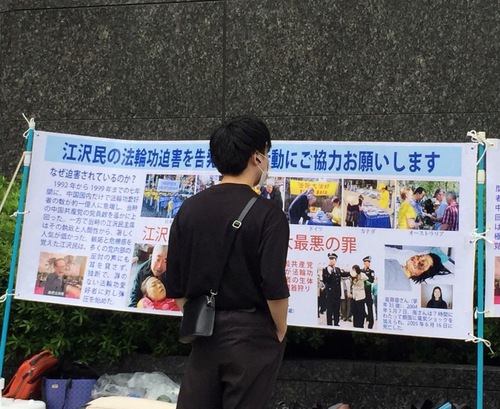 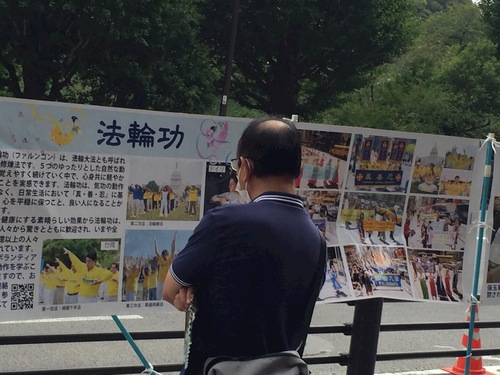 Practitioners displayed information about Falun Dafa and the persecution at Kudanshita Station. 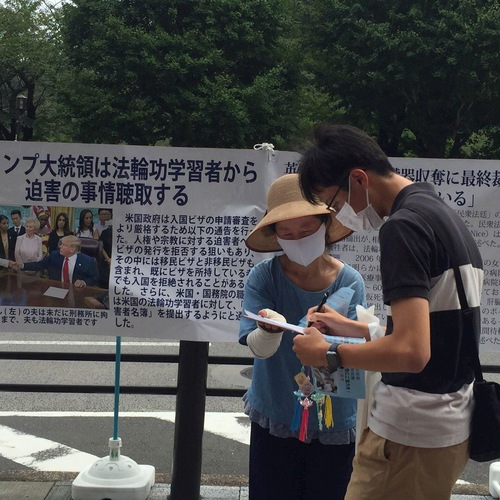 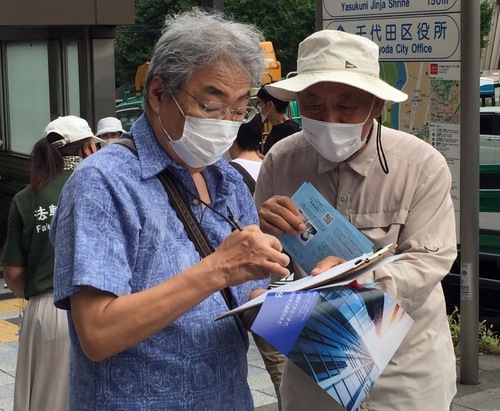 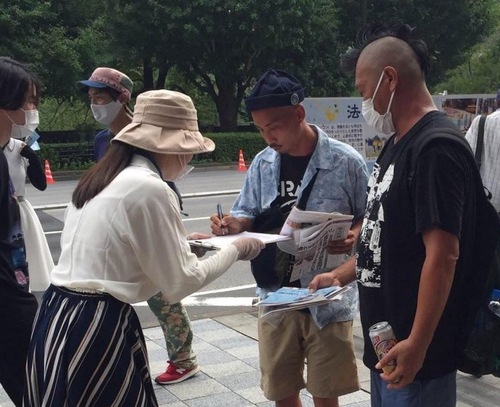 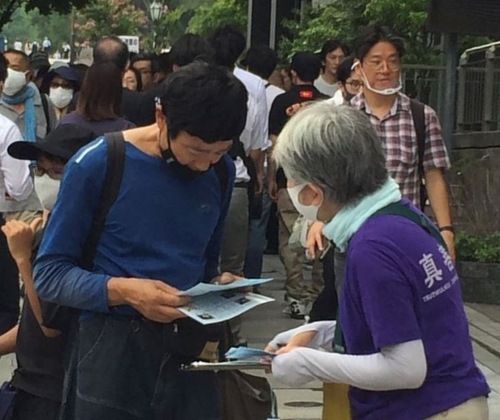 People sign a petition calling to bring Jiang to justice.

Mr. Okada, a local resident, said that he worked with many students from China in his previous job. He said that they didn’t know anything about the Tiananmen Square Massacre of students in 1989 or the persecution of religious groups in China. After hearing about the persecution of Falun Dafa, Mr. Okada said he hoped more Chinese and Japanese people would learn about what is going on in China.

Mr. Kondo from Abiko told a practitioner that he felt that the CCP’s threat had become more imminent this year. He signed the petition and said he would pay attention to news about Falun Dafa. He also said he was interested in learning how to practice.

Many young people showed a great sense of justice and signed the petition with their families. Some people said they were sad to hear of the CCP’s atrocity of harvesting organs from living people. One man said, “The CCP’s crimes are unacceptable! Falun Dafa is so great to stay firm and persistent! It’s encouraging!”

“Awakened After a Fall”