(Minghui.org) Having served one labor camp term and two prison terms for a total of 11 years, a Zhanjiang City, Guangdong Province resident is again facing prosecution for his faith in Falun Gong. 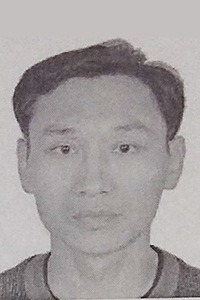 Mr. Wu Haibo, 57, was arrested on March 5, 2022 by officers of the Xiashan District Domestic Security Office and Xincun Police Station. He was first held at the Suixi County Detention Center and then transferred to the Zhanjiang City Detention Center. The Chikan District Court initially scheduled a hearing for August 12, but decided to postpone it due to local outbreak of COVID-19 cases.

Below is an excerpt from Mr. Wu’s criminal complaint filed in August 2015 against Jiang Zemin, the former head of the communist regime who ordered the persecution. He detailed some of the persecution he had suffered in the earlier years.

Since the onset of the persecution in July 1999, I had been frequently harassed by the police and supervisors of the pharmaceutical company I worked at. They attempted to pressure me into renouncing Falun Gong, threatening to fire me or sentence me to prison. The residential staff members also monitored me and sometimes came to my home to harass me. My family lived in fear all these years. The persecution has caused tremendous mental trauma for them.

In November 1999, I read a news about Jiang Zemin smearing Falun Gong as a cult. I wrote a letter, clarifying the facts about Falun Gong. I went to Beijing myself and turned in the letter to the National Appeals Office, only to be arrested. I was detained in Beijing for three days and then another fifteen days after I was taken back to Zhanjiang. My workplace demoted me and suspended a large portion of my salary, giving me the minimum wage to cover the most basic needs.

In February 2000, because of my doing the Falun Gong exercises in public, I was arrested and given three months of criminal detention.

I was arrested again in July 2001 in my workplace-assigned apartment and taken to a brainwashing center. While I escaped with the help of a co-worker, I was forced to live away from home. My workplace fired me at that time.

Two months later, I was arrested and given two years at the Sanshui Forced Labor Camp.

I was taken to the labor camp in late 2001 and held at the fifth team of the third ward, a place designated to persecute Falun Gong practitioners. During the time, I was twice taken to an empty building for intensified torture by 4 to 8 inmates.

They forced me to squat and handcuffed my arms to fixtures on the sides of my body. They beat me and pulled the handcuff if I moved even a little. Sometimes they shocked me with electric batons. I was deprived of sleep for days on end and not allowed to use the restroom.

From time to time, I could hear screams of other practitioners being tortured in the same building. To cover up the torture, the guards began to play music outside of the building at maximum volume.

When I was taken back to the building several months later, the walls in the room were covered with thick insulation panels and the windows were all locked and covered. There was only a very dim light in the room, which looked scary. When I was held in the room, I couldn’t tell whether it was day or night outside. They continued to force me to squat there, beat me and deprived me of sleep and restroom use.

A group of police officers and Chen Jun, the head of Zhanjiang City 610 Office, broke into my home on April 17, 2007. They didn’t only ransack my home, but also the homes of my mother-in-law and aunt. With the excuse that I had Falun Gong books and materials at home, I was detained as a criminal. The Xiashan District Court sentenced me to four years on January 23, 2008.

Because of the beating, my left elbow bone joint was knocked out of position and it hasn’t recovered yet. They once held me to the ground and then twisted my neck. The pain was so excruciating that I passed out. Sometimes they twisted my hands and fingers, causing the joints to be badly swollen.

In another torture, they forced me to stand facing the wall and then lifted my arms up from behind. My elbows and shoulders had splitting pain. Similarly, they pressed me against the ground, face down, and then pulled my arms from behind my back towards my head. Meanwhile, another inmate pulled my feet down, which also caused enormous pain to me.

When they didn’t want to spend too much effort beating me themselves, they forced me to squat or stuff my head into the toilet. Sometimes they put a basin of cold water on my head. When I couldn’t keep the balance, the basin fell over and the water would leave me soaked.

Another dreadful torture was to place my fingernails on burning incense, with the inmates blowing at it to make it burn faster. My fingernails had several holes after the burning. But the hole would disappear as the fingernail kept growing, which left no evidence of the torture.

Latest Podcast
Podcast (Cultivation): “Cherish the Opportunity to Be Diligent in Doing the Three Things”
- Aug 16, 2022