(Minghui.org) Falun Dafa practitioners were again invited to the parade held by the Bristol Fourth of July Committee, which hosts the nation’s longest-running Independence Day celebration. 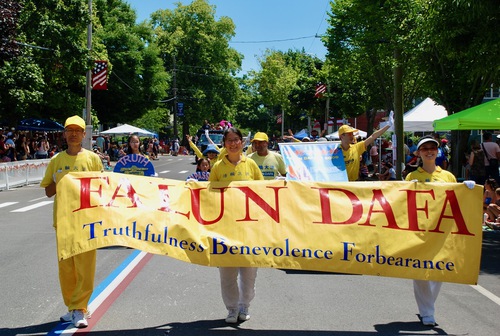 Practitioners from Rhode Island and surrounding areas joined the 237th annual parade on July 4, 2022, with the theme, “Celebrate America’s Independence with Health, Beauty and Peace.” 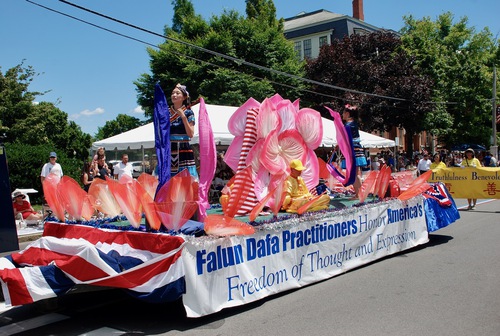 Practitioners demonstrate the fifth Falun Dafa exercise on the float that was decorated with lotus petals and two practitioners performed with ribbons. 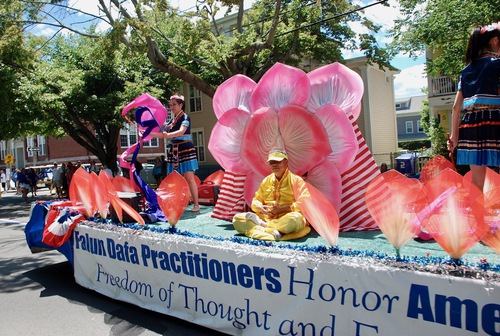 This year, the practitioners’ group consisted of a float and marchers holding banners. Practitioners on the float demonstrated the sitting meditation, which is the fifth Falun Dafa exercise. The float was decorated with lotus petals, and two practitioners performed with ribbons.

Spectators cheered as the practitioners’ group marched through. Some followed along as practitioners demonstrated the meditation. One spectator said, “I felt so relaxed when you guys came by. I don’t know why.”

“[Selected Opinion Articles] When the CCP Labels Belief Systems as Superstition, It Needs to Look in a Mirror”