(Minghui.org) Falun Dafa practitioners from the Bay Area in San Francisco held a candlelight vigil in front of the Chinese Consulate on the evening of July 17, 2022. They mourned practitioners who were persecuted to death by the Chinese Communist Party (CCP). They also collected signatures on a petition, calling on the CCP to end the persecution that has persisted for 23 years. 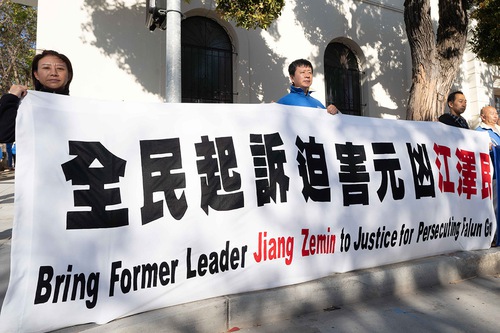 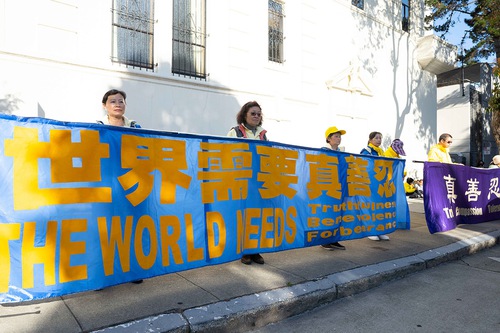 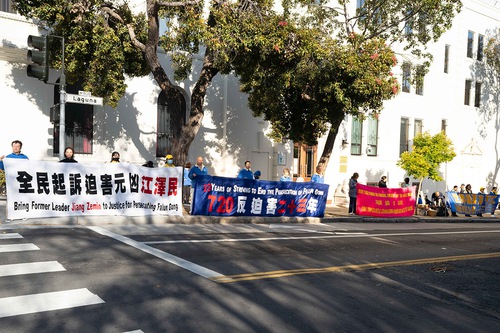 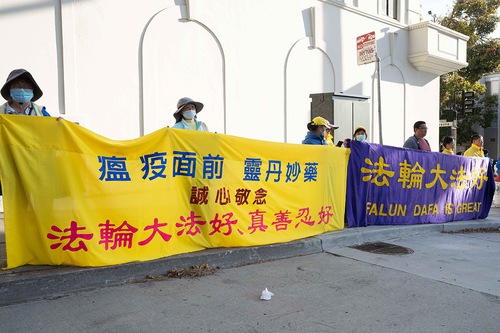 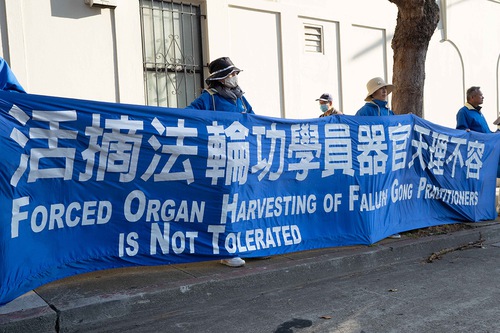 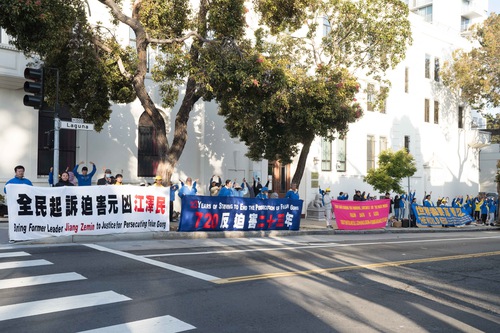 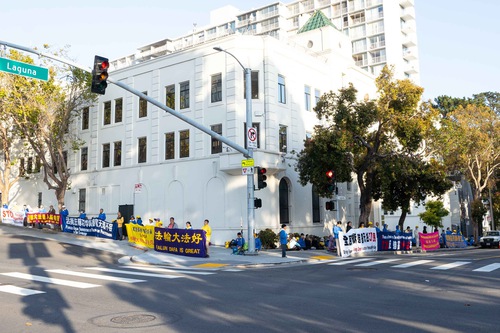 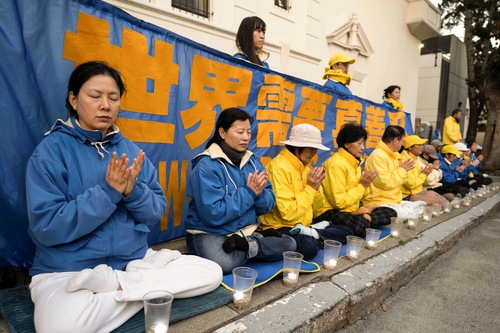 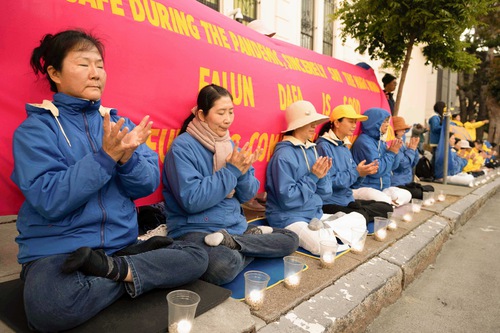 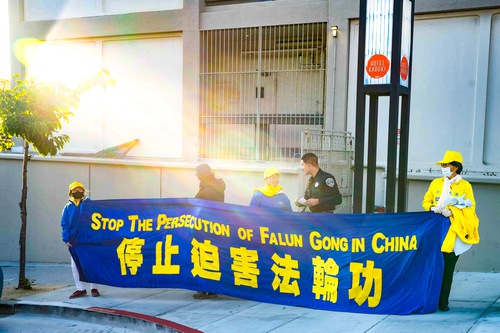 Practitioners held activities including a candlelight vigil in front of the Chinese Consulate to commemorate fellow practitioners who were persecuted to death.

On July 20, 1999, former CCP leader Jiang Zemin launched the brutal persecution of Falun Dafa, and practitioners were illegally arrested and tortured. Despite the nationwide persecution in China practitioners have held themselves to the principles of Truthfulness-Compassion-Forbearance. For 23 years they held peaceful activities to expose these egregious human rights violations. 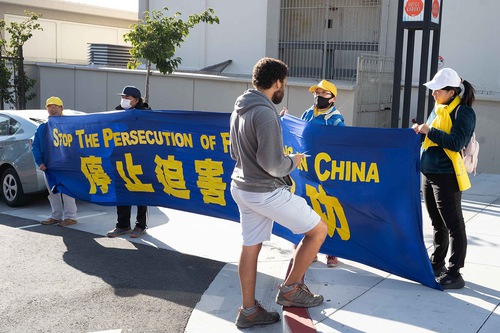 Jason Thompson from Palo Alto was shocked that Falun Dafa practitioners are targeted for persecution in China.

Jason Thompson passed by the activity and asked why practitioners were there. When he was told the principles of Falun Dafa are Truthfulness-Compassion-Forbearance, he said they are truly beautiful.

When he learned that practitioners were there to protest the 23-year-long persecution and that the CCP harvests practitioners’ organs while they are alive, he was shocked. He said, “Live organ harvesting is evil. No one should do this.”

Carla Tovar, a member of a pro-minority NGO, said that through her work she learned about the persecution of Falun Dafa, “The principles of Truthfulness-Compassion-Forbearance are wonderful. I fully support Falun Dafa!”

Sherie and David Porters from Sacramento showed their support by signing the petition to end the persecution.

Sherie said, “I’ve paid attention to the persecution of Falun Dafa for years. When I heard the CCP harvests practitioners’ organs and makes huge profits, I wept. How can such a thing occur?! No matter where it happens in the world, it’s appalling!”

David said, “Live organ harvesting for organ trade for huge profits is a crime against humanity. It is hard to believe that this is happening! We should all do our very best to stop this atrocity!”

The couple said they felt very much in sync with the principles of Truthfulness-Compassion-Forbearance that Falun Dafa practitioners uphold. Sherie said, “When I passed by the activity, I felt very peaceful and relaxed energy. If every one of us in the world could treat Truthfulness-Compassion-Forbearance as universal values, then the world we live in will become more beautiful.”

She added, “I truly admire how practitioners use a peaceful way to tell people about the persecution that they have been subjected to. What they manifest is so noble, that it leaves us in awe. I hope one day we can also stand together with them to peacefully appeal until the persecution ends.”

Both third-generation immigrant Justin and his mother Ms. Sun are residents of San Francisco. They said they started paying attention to the persecution of Falun Dafa years ago. Justin said, “The CCP has no respect towards its own people. Especially the culprit – former CCP leader Jiang Zemin who persecutes Falun Gong, is very evil.”

Justin said, “Since the CCP took power, after the destruction of traditional Chinese culture through the Cultural Revolution, traditional culture has been lost. However, Falun Dafa practitioners are trying to restore China’s traditional culture, which is truly admirable.”

Ms. Sun said, “A government should serve its citizens, but the CCP is different. Everyone is entitled to freedom of belief, which is a basic human right. Falun Dafa practitioners are subjected to persecution solely due to their practice, this is totally wrong. I hope the government leaders throughout the world can see through the evil nature of the CCP. Only when the CCP collapses, can there be hope for humankind.”

Catherine who lives in East Bay Oakland City was very excited after hearing Falun Dafa’s principles and said, “People from all over the world should follow these principles. If we could all do this, that’d be truly wonderful. If every one of us were to practice Falun Dafa then this world would be much better.”

She was also shocked by the fact that the CCP persecuted kind practitioners and said, “To carry out the persecution towards peace lovers, this is truly horrible. I can hardly understand why this thing, live organ harvesting, is happening. This is truly shocking!”

“Shandong Man Imprisoned Twice for 17.5 Years for Upholding His Faith”