(Minghui.org) The 2022 Vancouver Falun Dafa Experience Sharing Conference was held on June 26, 2022. Twenty-one practitioners talked about the challenges and amazing things that they’ve experienced on their paths of cultivation and how adhering to Dafa’s principles of Truthfulness, Compassion, and Forbearance uplifted them, guiding them to become better people. Some talked about how they helped people to learn the truth about the ongoing persecution in China. By raising awareness of the persecution they hoped to stop the atrocities as soon as possible. 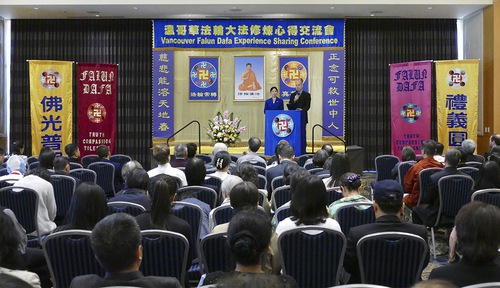 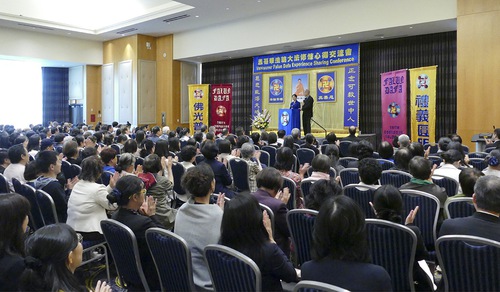 The Falun Dafa Experience Sharing Conference in Vancouver was held on June 26, 2022.

Ms. Le Qingmai heard about Falun Dafa a year ago. She wished to possess the same kind of peaceful and compassionate energy she felt from the two practitioners who taught her the exercises, so she decided to take up the practice.

Ms. Le said she has a competitive job, so she decided to treat her workplace as a good environment to improve her character. When a coworker criticized her behind her back, she followed the principles of Truthfulness, Compassion, and Forbearance, and did not argue with her. Instead, she looked for her own faults and found that she lacked patience and accuracy in the work she did.

Her supervisor had a bad temper, and her coworkers often got together and ridiculed him. Ms. Le said Falun Dafa’s teachings made her realize that she shouldn’t do this. As soon as she stopped criticizing her supervisor, her coworkers did not criticize him as much, and eventually they stopped. The atmosphere at the office became friendly and calm.

When her supervisor accused her of doing things incorrectly, Ms. Le looked within. This resolved most of the issues. Afterward, no matter what happened she felt happy and relaxed at work. When the interpersonal conflicts became tough to resolve, she did her best to forbear and look within. When she identified her attachments, the conflicts became opportunities for her to improve herself. Witnessing the changes in her personality, some of her coworkers also began practicing Falun Dafa.

Improving Myself While Coordinating Others

Ms. Lin Xiaoyun moved to Canada when she was a child. Two years ago she started to coordinate a Falun Dafa project. 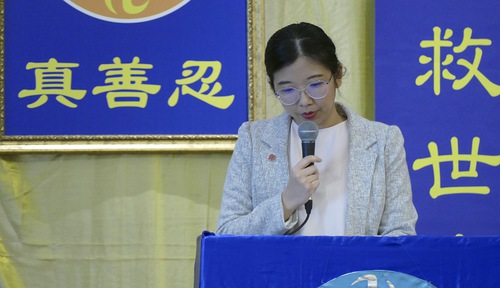 At first, Ms. Lin thought coordinating other practitioners would be easy, similar to what she did for a living. She soon discovered that there were a lot of areas in her cultivation that she needed to improve on. She realized that she needed to let go of many attachments if she wanted to do a good job.

The difficulties disappeared when she learned how to look within and stop blaming others, and she accomplished her task smoothly. When she considered the problem as someone else’s fault, the task got tougher.

Compassion Needed to Tell Others about the Persecution

Ms. Chen Hongqiao phones people in China and tells them why the Chinese Communist Party’s persecution of Falun Dafa is wrong. Something almost always came up in the process of talking to people on the phone, and allowed her to see her human notions. She knew that it was Master Li (Dafa’s founder) who arranged the environment for her to become a better person. 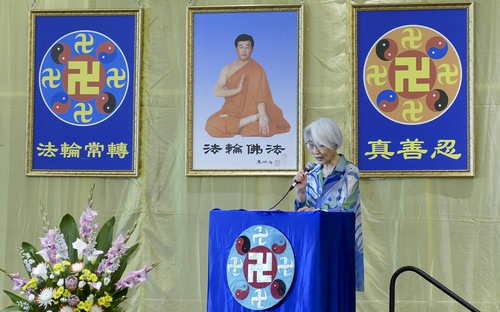 Ms. Chen constantly reminds herself to not let her human notions interfere with her when she makes calls. This allows her to have compassion for the person she is talking to. She gradually discovered that she can always stay calm no matter how rude the person might be to her. This helps her to better communicate with the person and help them see the evil nature of the persecution.

Latest Podcast
Podcast (Cultivation): “Honoring My Vow As I Cultivate and Elevate in the Printing Project”
- Jul 01, 2022