(Minghui.org) Falun Dafa practitioners in San Francisco held a group exercise session and a photo exhibition in front of City Hall on May 3, 2022. Many people watched the slow, gentle exercise movements, took photos, and learned about Falun Dafa. Some learned the exercises on the spot. 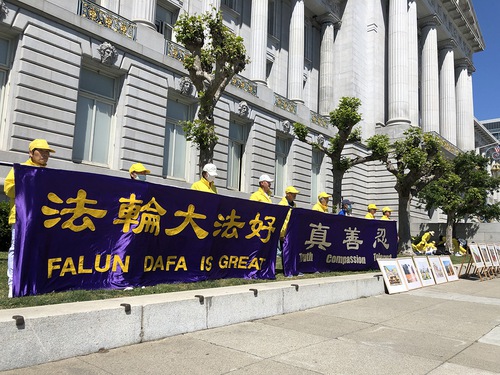 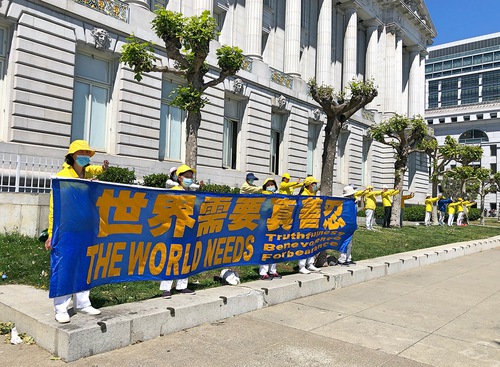 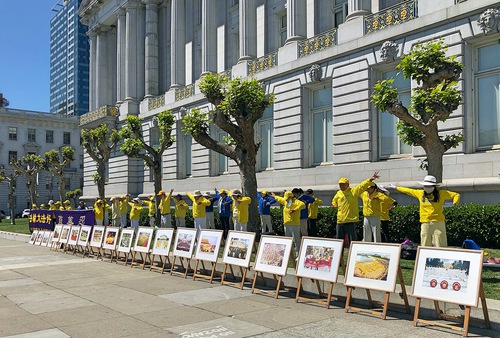 Practitioners did the exercises in front of San Francisco’s City Hall. 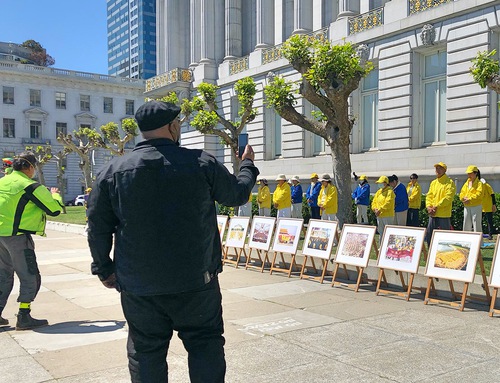 Passersby stop to take photos of the exercises.

The photo exhibition illustrated the journey of Falun Dafa’s introduction by Master Li Hongzhi in 1992, how it benefits people’s health and morality, the Chinese Communist Party’s (CCP) brutal persecution, and how practitioners have peacefully opposed the persecution. 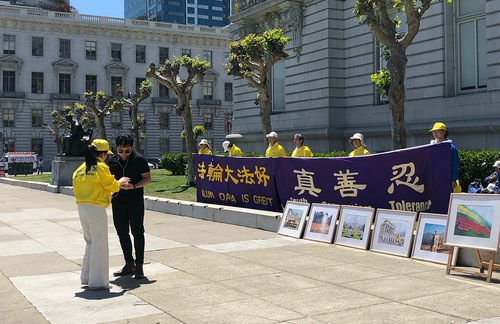 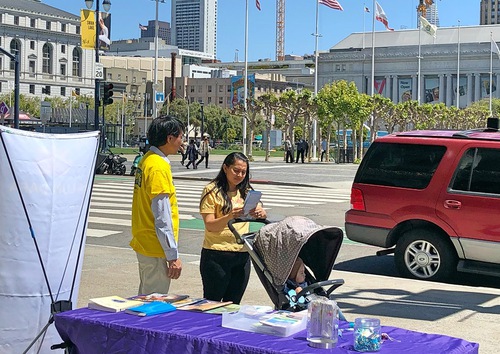 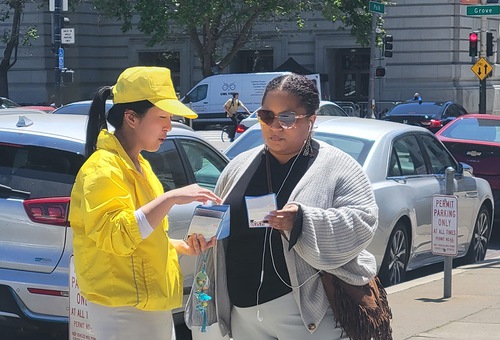 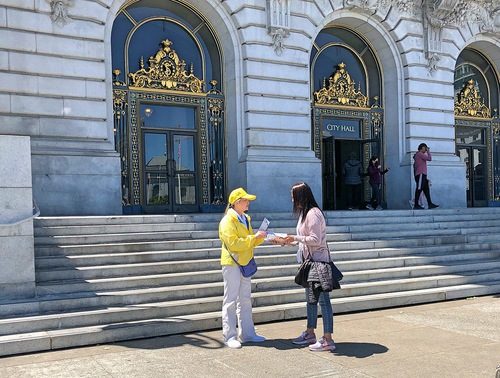 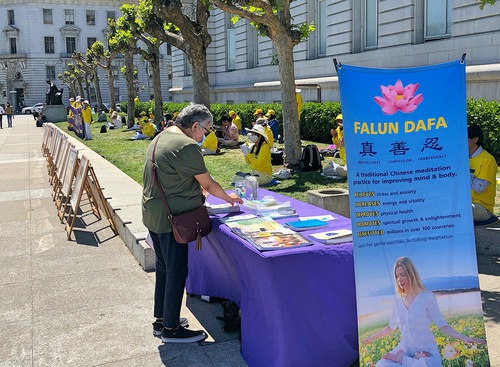 Luis, who works in a nearby office building, asked a practitioner about the exercises. He was happy to learn that Falun Dafa was an ancient cultivation practice following Truthfulness-Compassion-Forbearance. Luis took out his cell phone and recorded the exercises while praising the beauty of the practice. He told the practitioner that he heard about the CCP’s crime of organ harvesting, but didn’t know what Falun Dafa was. He thanked the practitioner for sharing the information. 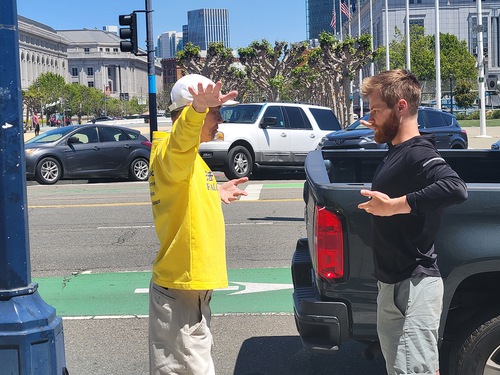 Ben from Connecticut was amazed by how well practitioners could concentrate despite all the noise on the street. He wanted to try it, and learned the first exercise on the spot.

Mohammed, a local resident, waved at the practitioners. He said that he had heard about Falun Dafa and the CCP’s crimes. He knew that the CCP won’t allow freedom of belief, and that was why it treated practitioners so cruelly. With his hand on his chest, Mohammed said, “Bless your heart! Thank you for your hard work!”