(Minghui.org) To celebrate the upcoming May 13 World Falun Dafa Day, which coincides with the birthday of Dafa’s founder, Master Li Hongzhi, Falun Dafa practitioners in the San Francisco Bay Area got together to do the Falun Dafa exercises in several locations throughout the area – in front of the Ferry Building at San Leandro Marina, in Fremont Central Park, and Cataldi Park on April 30, 2022. 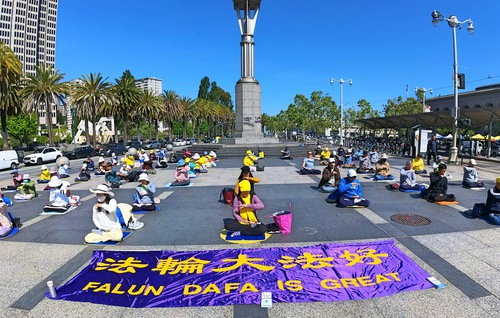 Falun Dafa practitioners meditate in front of the Ferry Building in San Francisco. 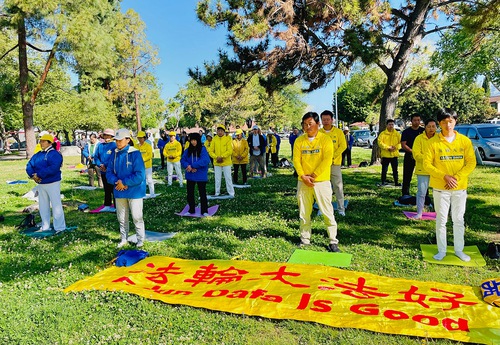 Practitioners do the Falun Dafa exercises in the South Bay Area of Cataldi Park in San Jose. 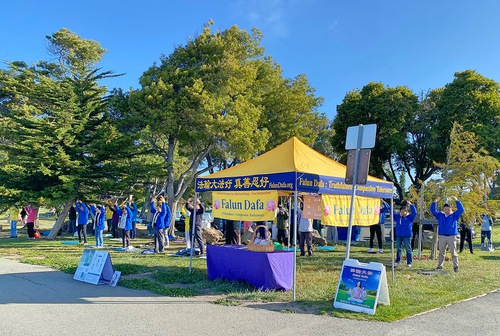 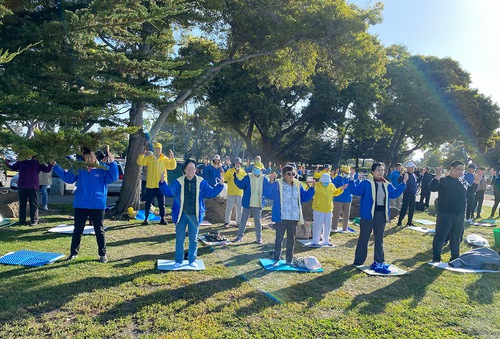 Doing the exercises in East Bay at San Leandro Marina.

Many people were attracted by the melodious exercise music, and stopped to learn more about this traditional self-cultivation practice. Some people copied the exercise movements and others joined the meditation.

Mr. Lee from Taiwan said, “I think Falun Dafa is good. I’ve seen many people in Taiwan doing the exercises. I know it’s amazing. I respect Master Li Hongzhi. He is great!” Mr. Lee said he’d previously planned to open a factory in China, but when he went for a visit, he saw firsthand how the CCP (Chinese Communist Party) operates, as well as the general lack of morality. He eventually gave up his plan.

Mr. Zhan from China who was visiting his family, told a practitioner, “I know clearly about the persecution of Falun Dafa. One of my friends practices. He is kind and honest, but he has suffered terrible persecution for no reason. I’m against the CCP for the way it treats these practitioners.”

After the group exercises, practitioners displayed a large banner and took a group picture, wishing Master Li a happy birthday.

Practitioners from Cupertino held a car parade. Video playback on the cars brought the story of Falun Dafa to the local residents. 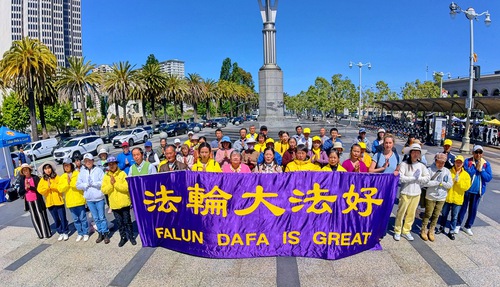 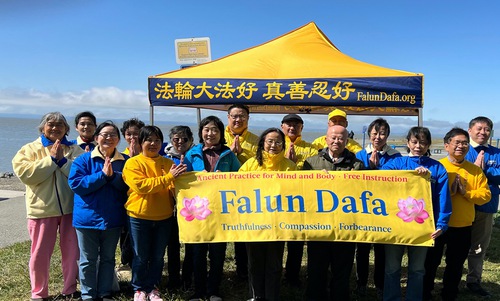 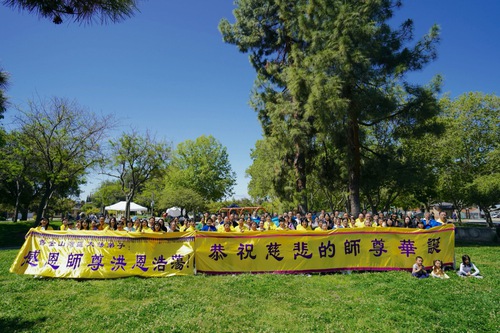