(Minghui.org) May 13, 2022 marks the 30th anniversary since Falun Dafa was introduced to the public as well as the 23rd World Falun Dafa Day. After flag raising ceremonies took place in close to ten Canadian cities in May last year, about 20 cities in Canada will continue the tradition this year. With flag ceremonies or colorful lights displayed on landmark buildings, they will celebrate this important occasion and acknowledge Falun Dafa’s benefits to society.

Video: The first flag raising ceremony occurred on April 29 at Milton, Ontario. The flag will stay on top of the city hall for one week. 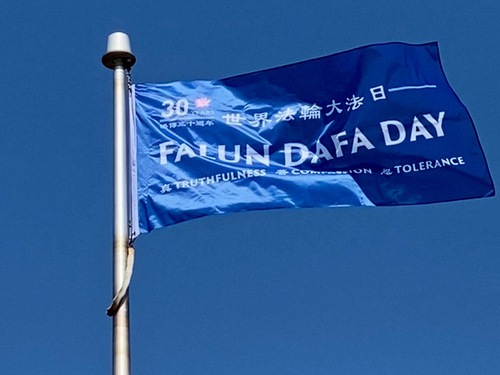 A flag for World Falun Dafa Day was raised at the city hall of Milton, Ontario 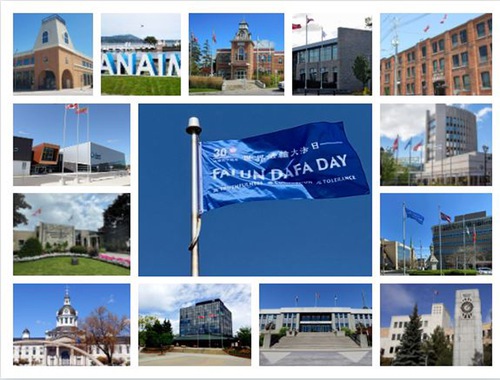 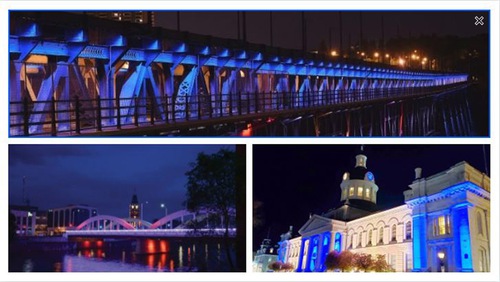 Besides flag raising, colorful lights displayed on landmark buildings are another way this special occasion is celebrated. Here are some examples from last year.

The first flag raising ceremony in 2022 took place at Milton, a town in Southern Ontario, about one hour from Toronto. As one of the Ontario’s fastest growing towns, Milton has a relatively high education level and the town has issued proclamations for the past nine years to honor Falun Dafa.

Gordon Krantz, 85, has been mayor of the town for 42 years. He attended the ceremony at 3 p.m. on April 29 and read this year’s proclamation. 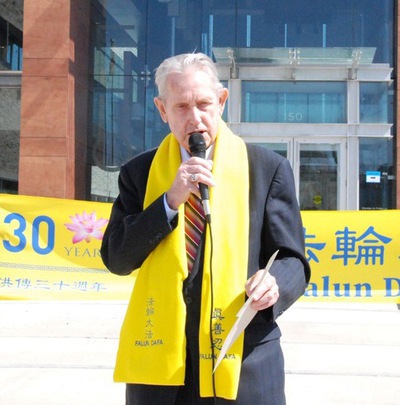 Gordon Krantz has been the mayor of Milton for more than four decades.

“Whereas The Town of Milton recognizes this month as Falun Dafa month, something that is celebrated across Canada and this year will be the 30th anniversary celebration

“And Whereas Falun Dafa/Gong has received worldwide recognition, including thousands of awards and proclamations for promoting harmony in society through its traditional Chinese self-improvement system that guides people in mental, moral and physical well being

“Now Therefore, I Mayor Gordon Krantz of the Town of Milton, do hereby proclaim May 2022 as Falun Dafa Month in Town of Milton and encourage support of this campaign.” 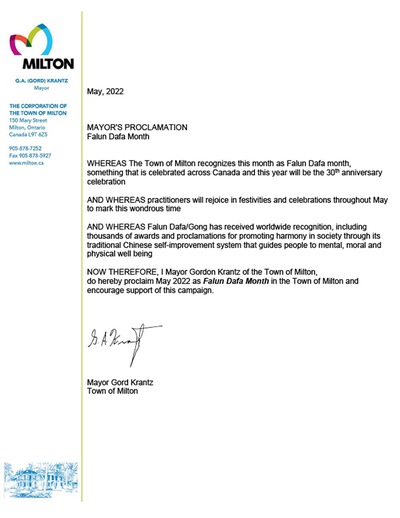 Proclamation from the mayor of Milton 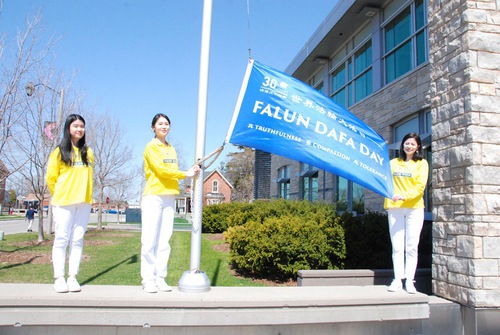 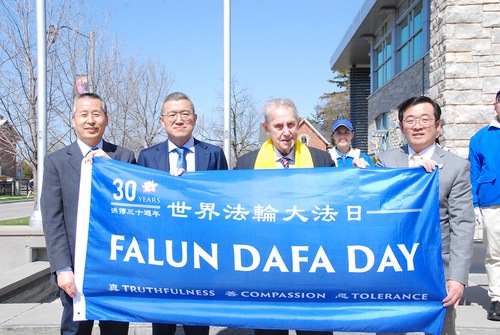 As the World Falun Dafa Day flag rose with the Canadian flag and Ontarian flag, Mayor Krantz gave a speech and talked about its significance. In the past 20 years, Milton has grown rapidly into a community with diversity. However, Falun Dafa is suppressed in China. That is why Mayor Krantz said he was clear on the importance of this activity. “This is meaningful for Milton, Canada, the rest of the world.” he said.

“It is known that what Falun Dafa practitioners have done is beneficial for the society.” That is why he is very supportive. “The suppression of Falun Dafa in China, however, restricted practitioners’ freedom to practice their belief,” he said. “This should not have happened or continue.”

“Mutual respect is critical for a community,” Mayor Krantz added. Speaking of issuing proclamations to Falun Dafa in the past nine years, he said, “Doing so does not need special courage or overcoming fear of criticism. One has to do the first thing, after all. It is this case for not only Milton, but also Canada and the rest of the world.” He said he expects the situation will become better and better, just like an oak tree seed grows into a small tree, and in the end becomes a large tree. 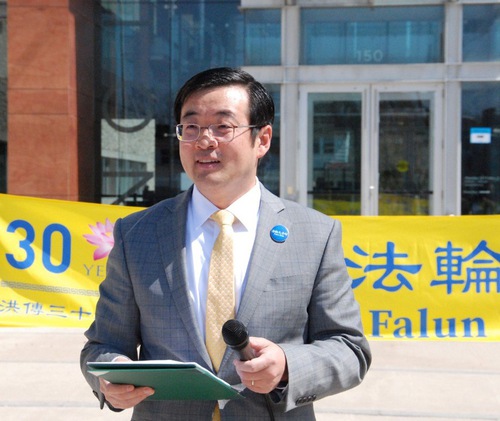 Zhang Pixing, the Falun Dafa practitioner who organized the event, thanked the local government for their support.

“Practitioners met Mayor Krantz 23 years ago when the persecution started in China in 1999,” Mr. Zhang explained. “The mayor has been very supportive throughout the years. Particularly in the past nine years, he celebrated Falun Dafa month every year.”

“We are happy that Mayor Krantz came here in person to host the flag raising ceremony,” Mr. Zhang said, “I want to thank him on behalf of all Falun Dafa practitioners. Many of us have lived in Ontario for a long time and we treat it as our second hometown. We are happy to be members of the community and we sincerely hope this region enjoys continued prosperity.”

One of First Countries that Opposed the Persecution 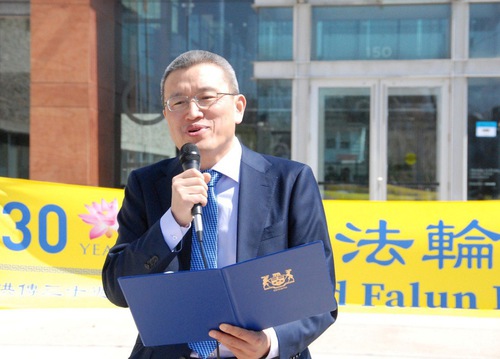 Micheal Cui, a local practitioner, said Canada was one of the first Western countries that openly condemned the suppression launched by the Chinese Communist Party (CCP) in 1999. “Even living overseas, we could feel the intense pressure back then after the regime started a nationwide persecution to target practitioners,” he recalled.

That is why he is grateful for the government officials in Canada. “As time went on, more and more people including ordinary citizens now understand what Falun Dafa is, and have broken away from the CCP’s lies,” he said. He and other Falun Dafa practitioners look forward to more opportunities to build a better community for a better future. 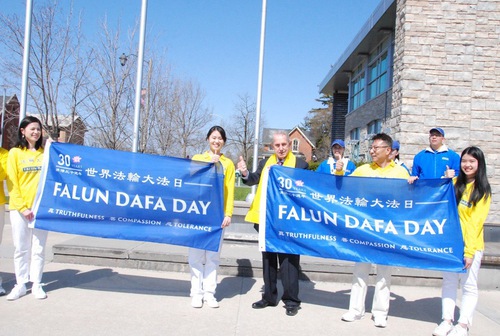 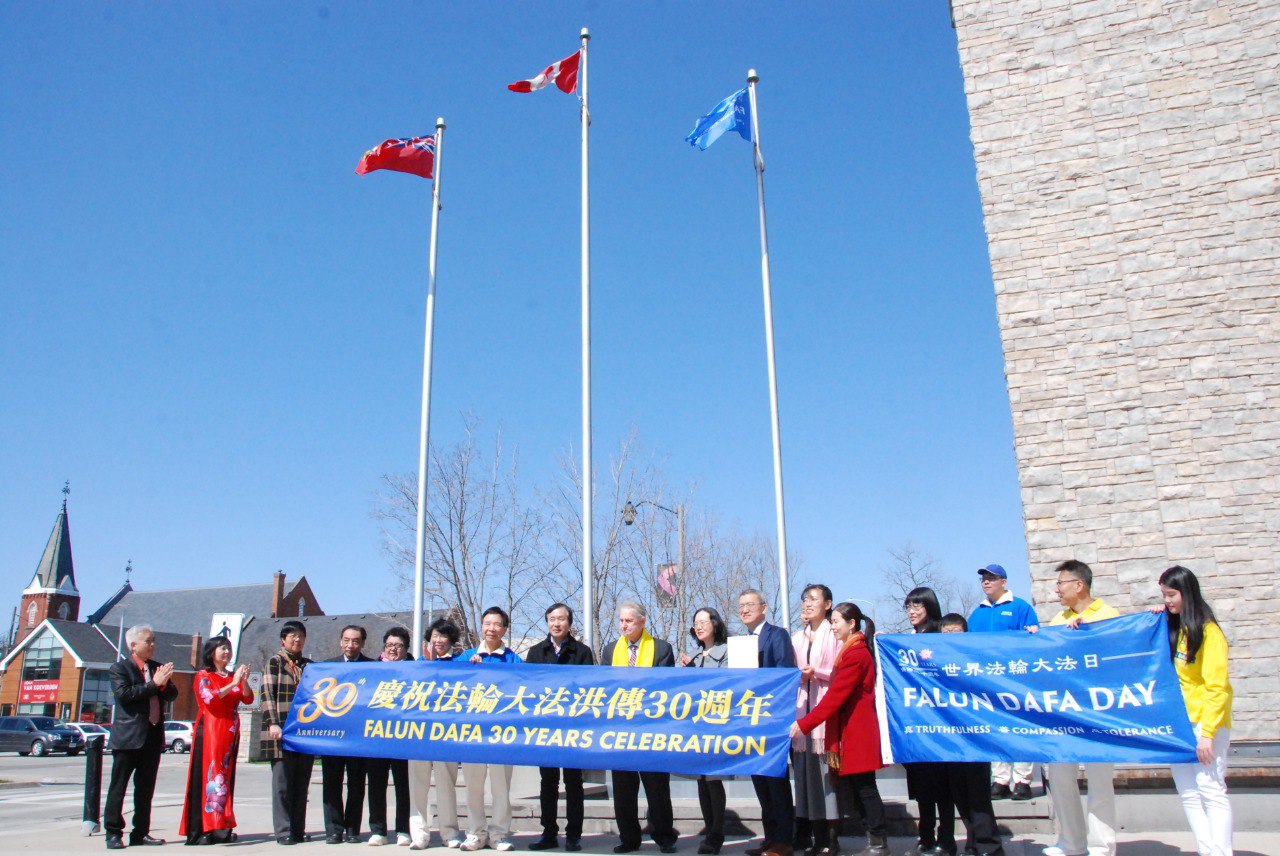