(Minghui.org) May 13 is World Falun Dafa Day, and this year is the 30th anniversary of Falun Dafa’s introduction. Practitioners in Turin, the capital of Piedmont in northern Italy, held activities to introduce the spiritual practice to the public on May 14 to celebrate the anniversary.

The weather was beautiful, and since it was Saturday the streets were filled with local residents and tourists. Many people paused to watch the practitioners’ exercise demonstration and talk with them. 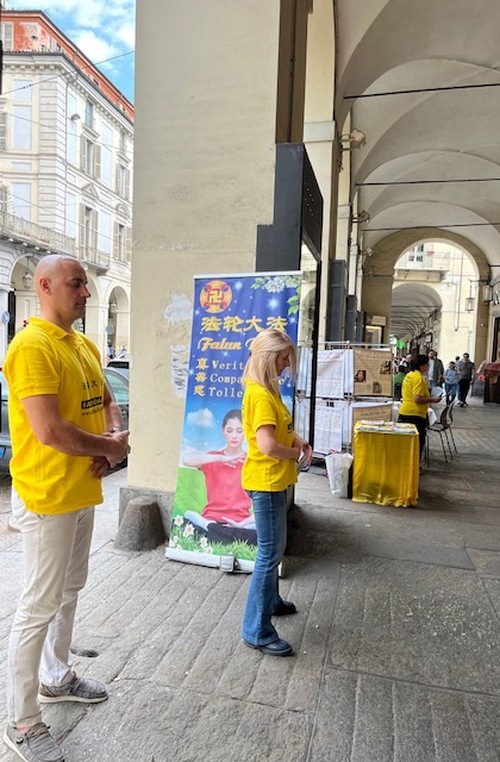 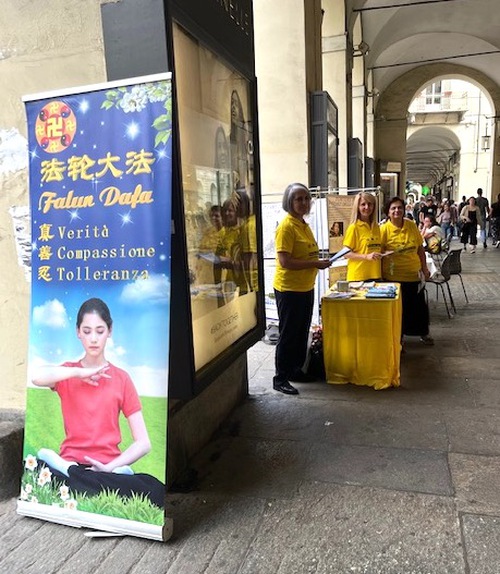 A man from Great Britain stopped by and accepted information about Falun Dafa. When a practitioner handed him a little paper lotus flower, he smiled and said, “This is a really great practice!”

A couple asked for more information. The man said he’d practiced Tai Chi before and was very curious about the Falun Dafa exercises. A practitioner briefly told him about Falun Dafa and the health benefits of practicing it and gave him information on the local practice site. He wrote it down and sincerely thanked the practitioner. 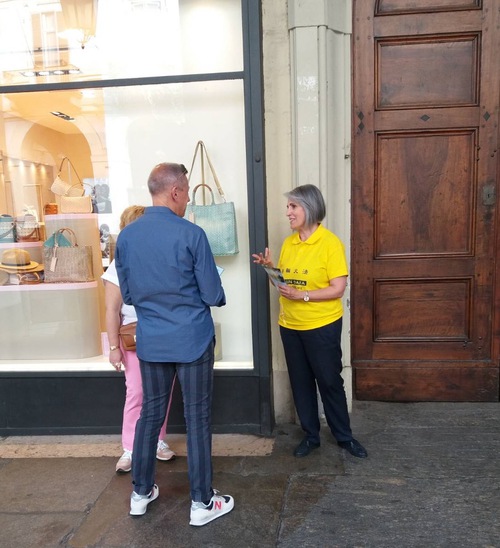 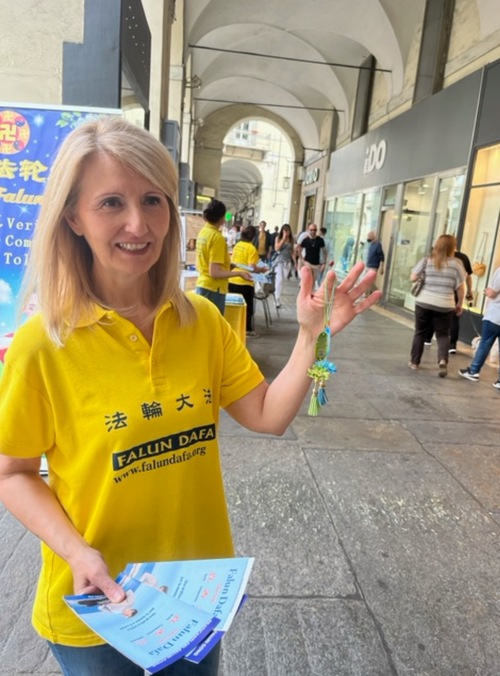 Practitioners talk about Falun Dafa and distribute fliers to passersby.

Two elderly women talked with a practitioner for quite a while and learned about Falun Dafa. They said that the world today is really depraved and that a return to spirituality and a virtuous life is necessary.

“A Choice of Conscience, a Choice of Life and Death”