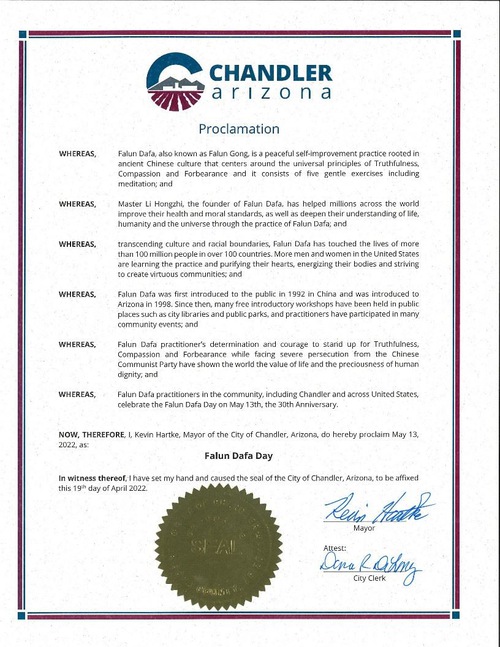 The proclamation reads, “Transcending culture and racial boundaries, Falun Dafa has touched the lives of more than 100 million people in over 100 countries. More men and women in the United States are learning the practice and purifying their hearts, energizing their bodies and striving to create virtuous communities; and

“Falun Dafa was first introduced to the public in 1992 in China and was introduced to Arizona in 1998. Since then, many free introductory workshops have been held in public places such as libraries and public parks, and practitioners have participated in many community events; and

“Falun Dafa practitioners’ determination and courage to stand up for Truthfulness, Compassion and Forbearance while facing severe persecution from the Chinese Communist Party have shown the world the value of life and the preciousness of human dignity.” 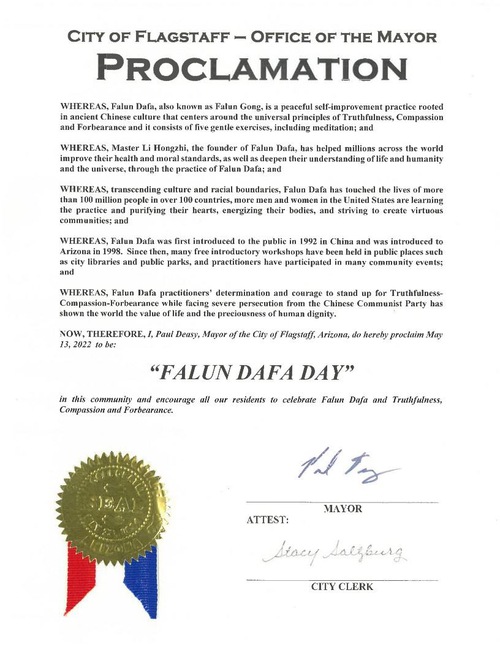 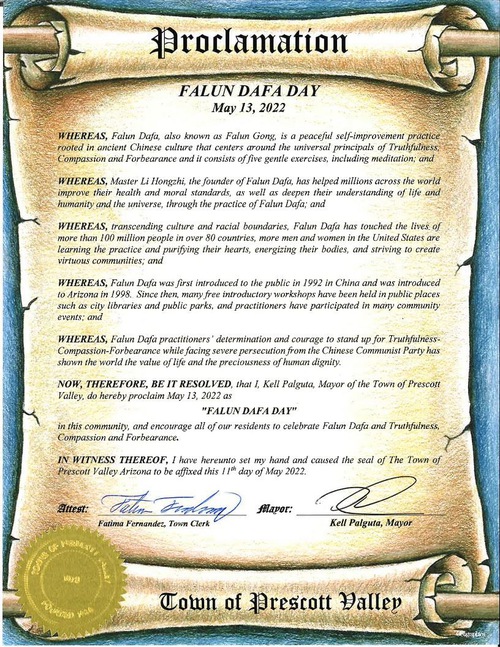 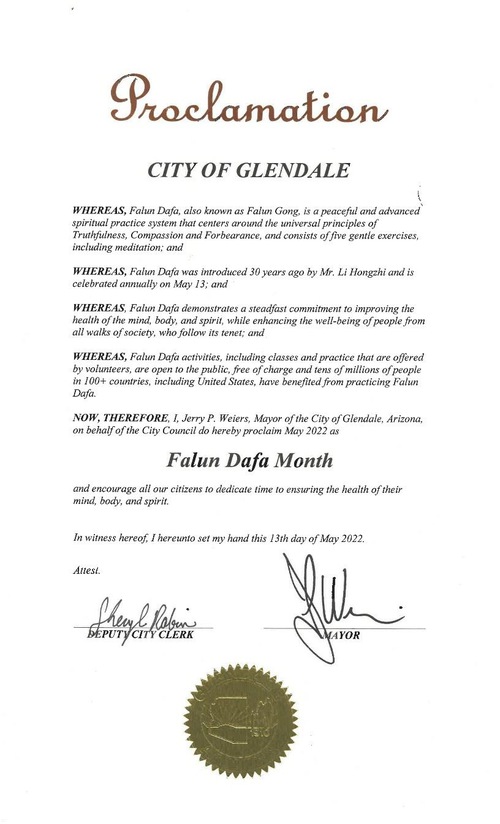