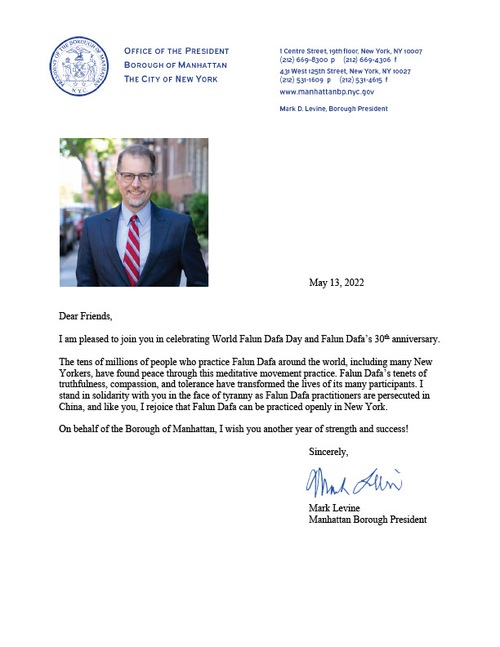 President Levine stated in his letter, “The tens of millions of people who practice Falun Dafa around the world, including many New Yorkers, have found peace through this meditative movement practice. Falun Dafa’s tenets of truthfulness, compassion, and tolerance have transformed the lives of its many participants. I stand in solidarity with you in the face of tyranny as Falun Dafa practitioners are persecuted in China, and like you, I rejoice that Falun Dafa can be practiced in New York.” 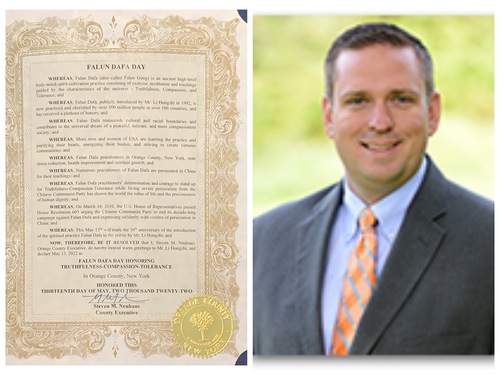 The proclamation states, “Falun Dafa transcends cultural and racial boundaries and contributes to the universal dream of a peaceful, tolerance, and more compassionate society.

“More men and women of the USA are learning the practice and purifying their hearts, energizing their bodies, and striving to create virtuous communities.

“Falun Dafa practitioners’ determination and courage to stand up for Truthfulness-Compassion-Tolerance while facing severe persecution from the Chinese Communist Party has shown the world the value of life and the preciousness of human dignity.”