(Minghui.org) Falun Dafa was first introduced to the public on May 13th, 1992. It has been over 30 years since its spread and over hundreds of millions of people from various different professions have benefitted from the spiritual practice where practitioners abide by the principles of Truthfulness-Compassion-Forbearance. May 13th also coincides with the anniversary of World Falun Dafa Day, which was made official by Minghui.org in 2000.

On the 23rd anniversary of World Falun Dafa Day and 30th anniversary of the public introduction of Falun Dafa, practitioners sent in their heartfelt wishes to celebrate this grand occasion and wish Master Li a Happy Birthday. 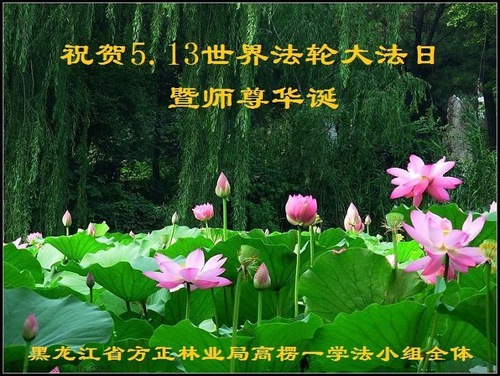 In this report we present greetings from Falun Dafa practitioners from various professions. Many gave their sincere gratitude to the great and benevolent Master and vowed to fulfill their historic missions and to cultivate diligently. In addition, practitioners also promised to study the Fa well, clarify the truth to save sentient beings, relinquish human attachments and return home with Master.

A practitioner from Taikang City, Henan Province wrote, “Thank you, Master, for your compassionate salvation, saving my father’s life and protecting my mother.”

“My father felt extreme discomforts in his heart around 3am on October 1, 2018. My mother took my father via tricycle to the emergency room at our local hospital. The doctors performed emergency treatment for 40 minutes but my father was still unconscious. My mother begged for the doctors save him. Due to the outdated hospital facilities at the local hospital, the doctors helped transferred my father to the county’s hospital. It was 7am when I arrived at the county’s hospital and the doctors explained, ‘We tried our best. Your father’s brain was lacking oxygen for a long time. We cannot promise you that your father won’t be in a vegetative state if he recovers. He is in critical condition and your family members should come visit him for the last time.’ Master saved my father and he regained his conscious. The doctors were amazed at the fact that he was able to come back to life after his heart stopped for such a long time. The doctors said, ‘This is a miracle in the medical field. No one has ever survived this long without a heartbeat and without any side effects.’ I knew that Master has saved my father. My 70-year-old mother was also fine after taking a big fall onto the ground while taking my father to the hospital. I knelt down on my knees, thanked Master for saving and protecting their lives.”

“On this grand occasion, we would like to tell sentient beings that Falun Dafa is the universe’s way. Falun Dafa is here to save sentient beings. As long as one understands the truth about Falun Dafa, sincerely recite ‘Falun Dafa is good. Truthfulness-Compassionate-Forbearance is good’, withdraw from the Chinese Communist Party (CCP) and its affiliated organizations, one will received blessings from Dafa. I truly wish for compassionate people to steer away from the harmful evil CCP and be awakened and walk towards a brighter future.”

A practitioner wrote, “Thank you Master for your compassionate salvation! Thank you, Master, for leading me on a path to the land of purity. Falun Dafa has taught me how to become a better person, cleansed my soul and purified my body. The CCP persecutes Falun Dafa’s principles of Truthfulness-Compassion-Forbearance and promotes its core ideology of lies, wickedness, and brutality. The CCP is steering people into the dark abyss. Falun Dafa awakens people’s conscience and their compassionate side while bringing justice and wonders to the world. The world needs Truthfulness-Compassion-Forbearance. I hope to reunite with Master back in China.”

Greetings hail from the following professions: 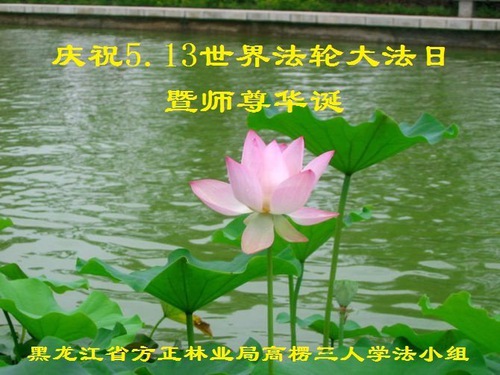 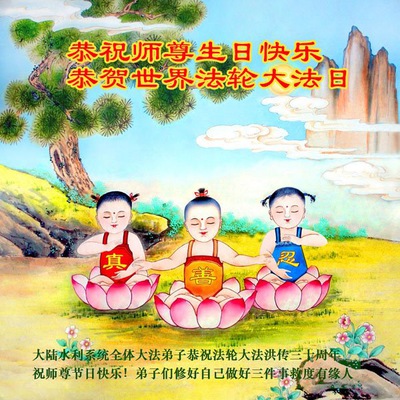 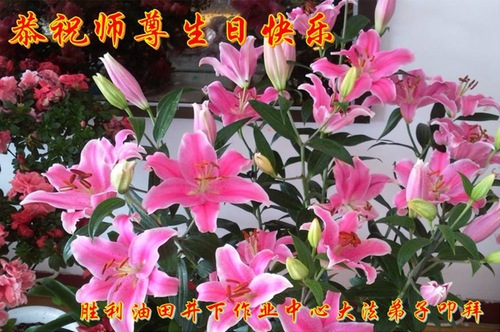 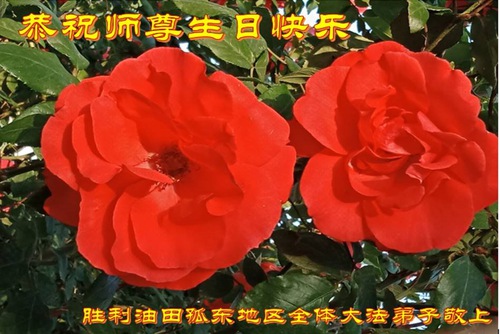 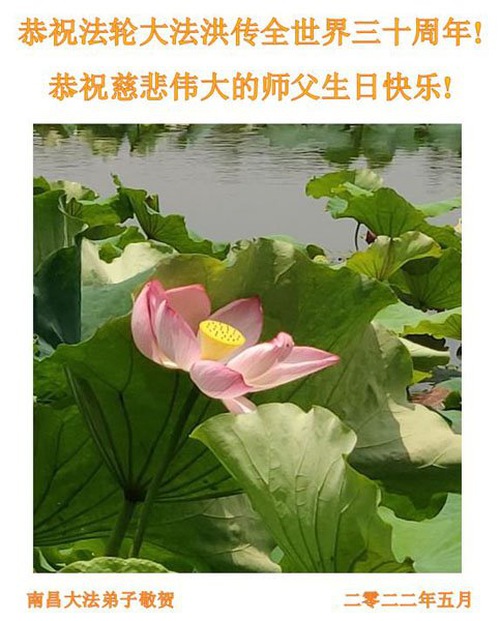 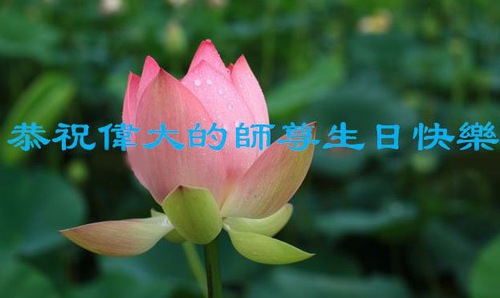 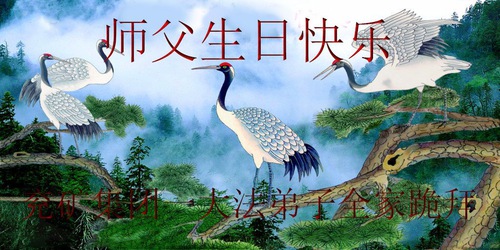 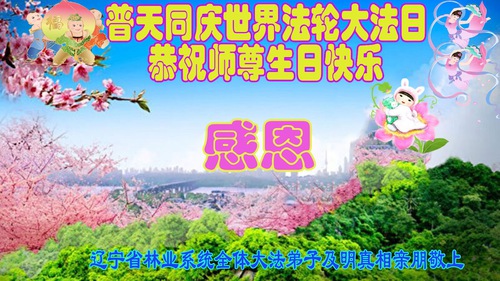 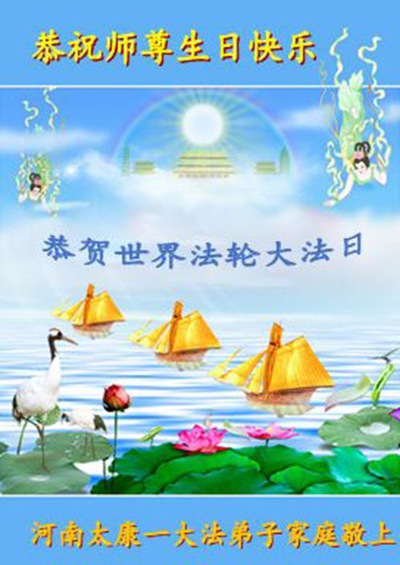 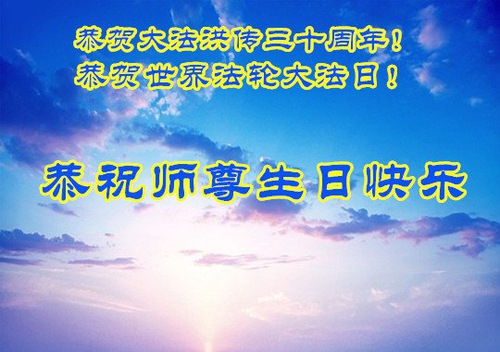 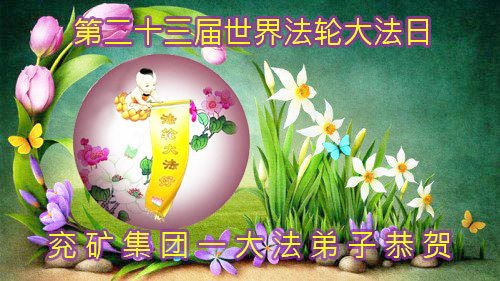 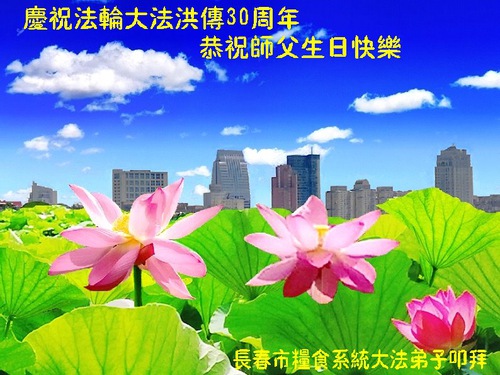 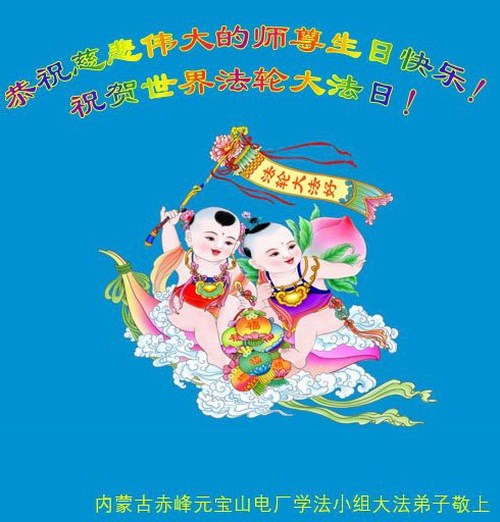 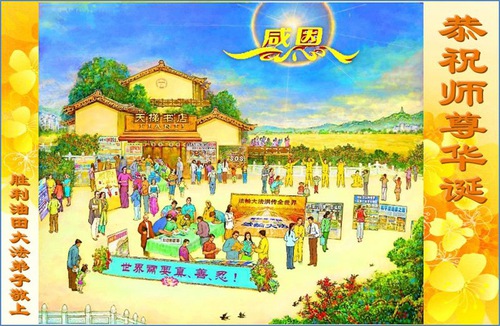 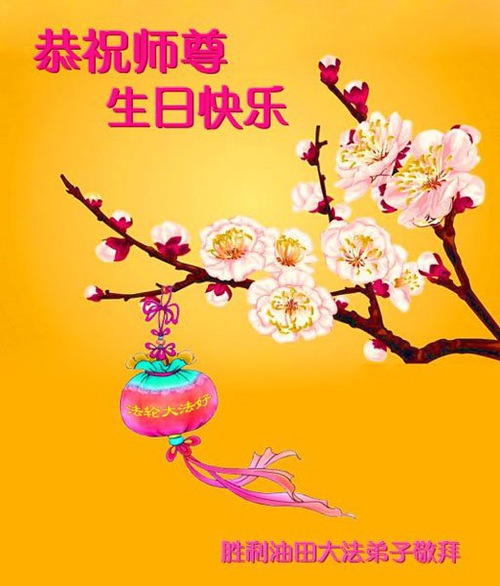 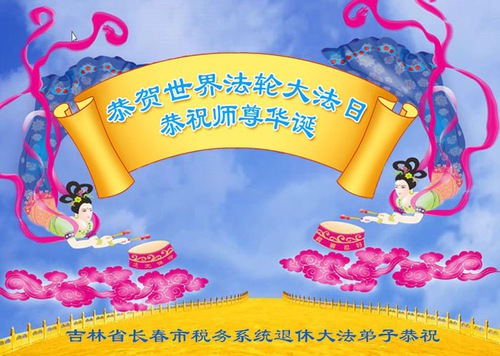 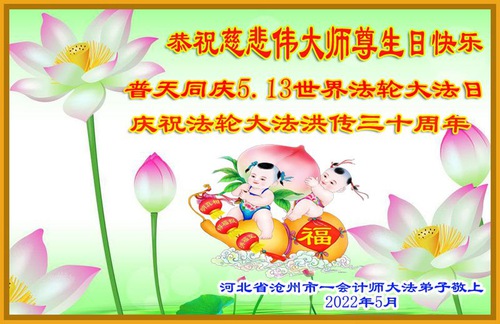 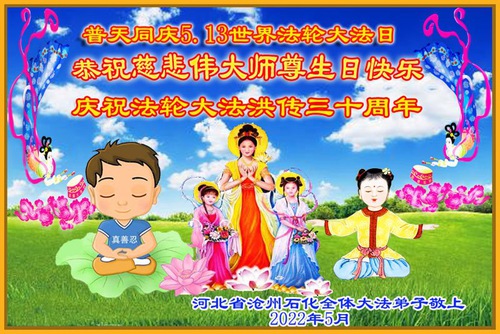 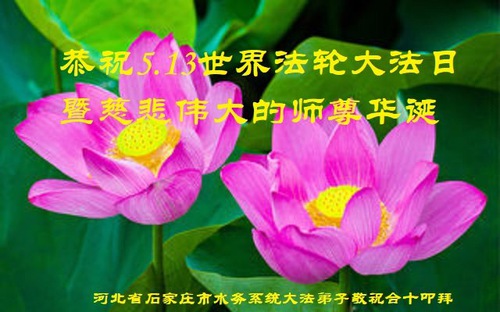