Home > News & Events > April 25 Events
Tokyo Resident: This Persecution Should Have Ended a Long Time Ago
April 28, 2022 | By a Falun Dafa practitioner in Japan

(Minghui.org) Falun Dafa practitioners from all over Japan held a parade in Asakusa on April 23, 2022, to commemorate the April 25th peaceful appeal, in which over 10,000 practitioners gathered outside the National Appeals Office in Beijing, China, on April 25, 1999. 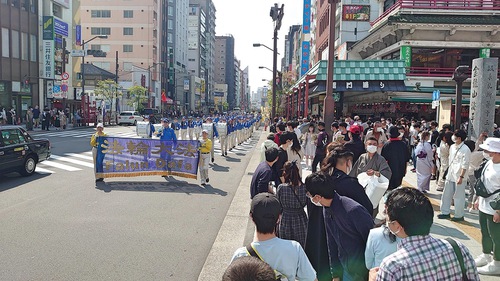 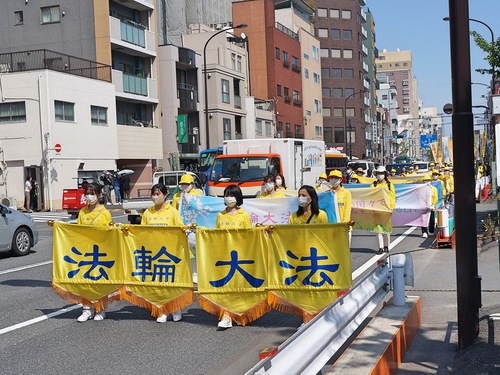 Falun Dafa practitioners held a parade in Asakusa, a district in Tokyo, Japan, famous for its Buddhist temple.

Many people were out enjoying the warm spring weather, and Falun Dafa’s procession attracted many onlookers. One woman said she was interested in hearing more about Falun Dafa and wanted to learn it.

Many signed the petition calling for an end to the persecution after hearing the truth about Falun Dafa. 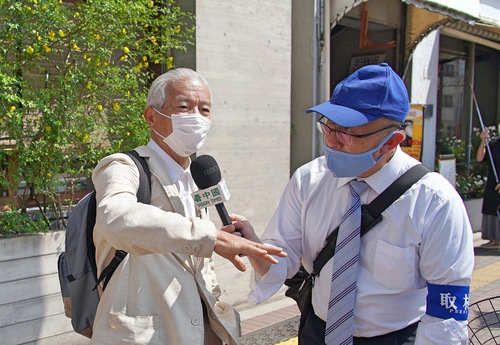 Mr. Suzuki was visiting Tokyo with his friends. After learning the truth about Falun Dafa, he said, “Everyone wishes for freedom. The Chinese Communist Party (CCP) has committed bad things, as far as I have heard. This persecution should have never happened.” He signed the petition and expressed his support for practitioners’ call for an end to the persecution. 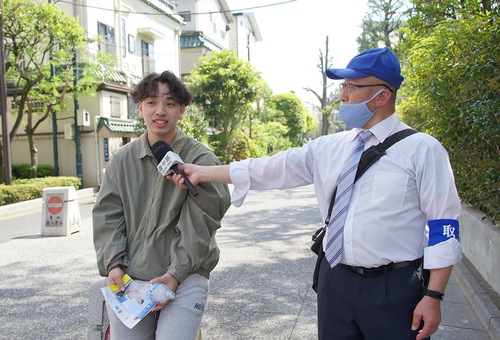 After Mr. Neha, who lives in Toyko, learned about the CCP’s forced organ harvesting from living Falun Dafa practitioners, he said, “This persecution is unbelievable. China’s people should wake up.” 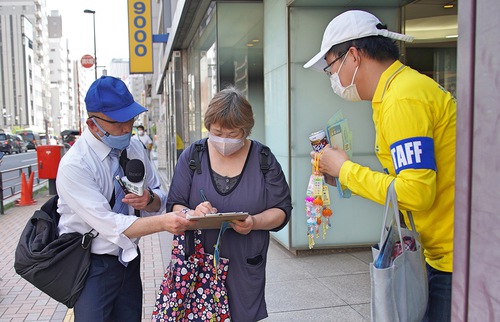 Ms. Yamato signs the petition calling for an end to the persecution.

Although Ms. Yamato had heard about Falun Dafa in the past, she was unaware of the persecution happening in China. After reading the truth-clarification brochure, she said, “This brutal persecution should have ended a long time ago. I will sign the petition to end it.” She encouraged the practitioners to keep up the good work.