Home > Persecution > Accounts of Persecution
77-year-old Man Released from Serving 12 Years for His Faith
April 18, 2022 | By a Minghui correspondent in Heilongjiang Province, China

(Minghui.org) A 77-year-old man returned home on April 11, 2022, after serving 12 years for his faith in Falun Gong, a spiritual discipline that has been persecuted by the Chinese communist regime since 1999.

While Mr. Wang Zhiqian managed to survive the lengthy imprisonment, two other practitioners, Mr. Wang Xinchun and Mr. Qin Yueming, who were previously detained with him, have lost their lives as a result of the persecution. 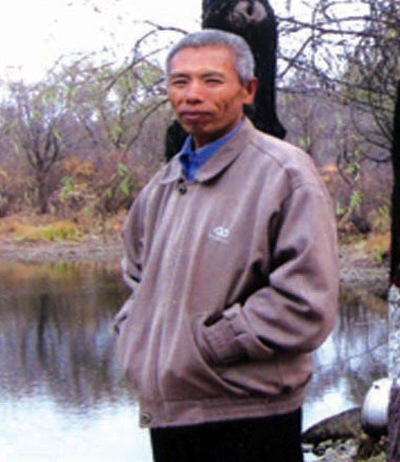 Mr. Wang Zhiqian’s latest arrest was on the morning of April 12, 2010, when he went to visit Mr. Guo Qing’an and his wife Ms. Nie Shumei.

In the evening, the police handcuffed Mr. Wang’s wrists behind his back and beat him. They didn’t stop until he almost died. Before he was transferred to the local detention center, the police tied him to a metal chair in the interrogation room. Scabies developed on his buttocks and then spread to other areas of his body, causing him tremendous misery. 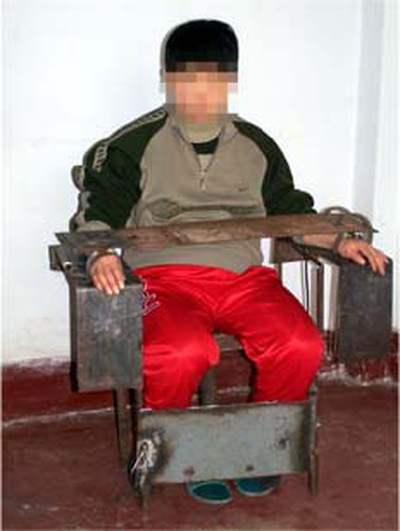 Mr. Wang took up Falun Gong in 1996. His severe stomach and kidney conditions were cured six months later. Feeling passionate to introduce Falun Gong to more people, he became a volunteer coordinator of practitioners’ activities in Jinshantun District. Because of that, he was targeted by the authorities when the persecution started.

For going to Beijing to appeal for the right to practice Falun Gong, Mr. Wang was arrested and detained for 15 days. In October 1999, the police went to Mr. Wang’s home and told him that according to the law, he could request the return of items confiscated from him. Mr. Wang believed the police and went to the police station, only to be arrested again and taken to the Yichun Forced Labor Camp on October 18 to serve a three-year term. The police later extended the term for another year.

In order to force Mr. Wang to renounce Falun Gong, the guards hung him up by the wrists with his feet barely touching the ground. While most inmates couldn’t bear the torture for ten minutes, the guards kept Mr. Wang hanging up for three days, for eight hours each day. 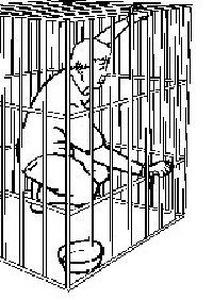 After the hanging torture, the guards locked Mr. Wang in a metal cage for another 15 days. He was unable to stand up or lie down. Every day, he was given two bowls of cornmeal, which was as thin as water. The inmates monitoring him didn’t allow him to talk, but verbally abused him themselves. One inmate named Diao Shengli once kicked him in the chest. He fell and couldn’t get up for over ten minutes.

The guards also forced Falun Gong practitioners to perform intensive labor without pay. The practitioners were given high production quotas and often had to work until midnight. At the same time, they were subjected to constant beatings, verbal abuse and starvation.

Mr. Wang was transferred to the Suihua Forced Labor Camp in September 2001. In 2002, the guards targeted practitioners one by one and ordered them to write statements to renounce Falun Gong. Ms. Wang was shocked with electric batons, and hung up and beaten when he refused to cooperate. He lost consciousness from the beatings and became incontinent.

In March 2004, seven months after he was released, Mr. Wang was arrested again for investigating practitioner Mr. Lu Chenglin’s death. He was taken to the Yinchun Brainwashing Center, where he was held for 70 days before being transferred to the Harbin Drug Rehabilitation Center and detained there for 60 days. He was subjected to intensive brainwashing in both places, aimed to force him to give up Falun Gong.

At 2 a.m. on September 23, 2005, four officers scaled the fence around his yard and broke into Mr. Wang’s home. They beat him during the arrest and continued the beating at the detention center, which caused him to faint. The police later gave him another three-year term at the Suihua Forced labor Camp.