(Minghui.org) Today's news from China includes incidents of persecution that took place in 5 cities or counties in 3 provinces, where at least 26 practitioners were recently persecuted for their belief. 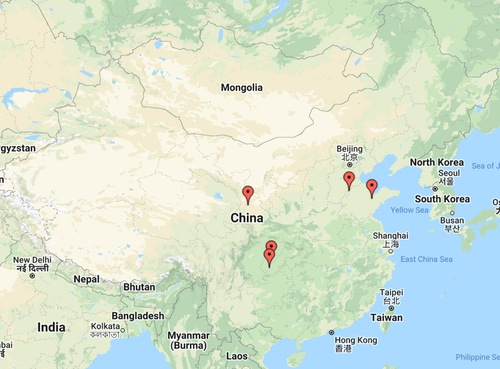 Ms. Jin’s family went to the Xiaoxihu Police Station, Qilihe District, on the morning of February 11, 2022. They asked Feng Yuchen, an officer who handled the case, about her situation. Feng said, “We just received the case which was returned from the Procuratorate yesterday. We will provide more evidence.” Later, the family called Zhang Qiongying at the Procuratorate, and learned from her that the case had not yet reached the Procuratorate.

Ms. Luo Yuanling was arrested on June 4, 2019, for distributing Falun Gong materials. She was held in the Guang’an Detention Center, and was tried by the Huaying City Court on September 11, 2019. Ms. Luo was later sentenced to three years in prison. She is being held in the Sichuan Women’s Prison.

Officer Si Daoming, from the Huashijie Police Station in Longshui Town, Dazu District, along with another officer, came to Mr. Li Liangduan’s home on January 28, 2022, and photographed the exterior. Mr. Li stopped them. The officers asked him what he was doing at home. This was the second time they harassed Mr. Li.

Si and another officer first harassed Mr. Li shortly after he returned home from prison in 2017. They video-recorded his home.

When he got off work at noon on January 24, 2022, Mr. Li Zhiqiang realized that he had been followed to the door of his home. That afternoon, a staff member of the community management office called Mr. Li and said that his name was on the list of petitioners issued by higher authorities. The caller reminded Mr. Li that he should let them know whenever he went out of town in case the community staff was held responsible for his petitioning.

Two officers went to Ms. Zhang Xiuqin’s home on the afternoon of March 24, 2021, and knocked on the door. No one answered. A monitoring and tracking device was later found under the chassis of Ms. Liu Yueping’s electric tricycle. Two young officers were spotted downstairs at the building where Ms. Meng Xiuyun lives. On July 7, two young officers from Dezhou City followed Ms. Zhang and then followed Ms. Liu.

On the morning of November 7, 2021, when Ms. Zhang returned from grocery shopping, she was stopped and arrested by officers from the Decheng District Domestic Security Division and the Xinhedong Police Station. She was held in the Dezhou City Detention Center, where she was forced to take unnamed drugs which she was told were to lower her blood pressure. If she refused to take them, she would be handcuffed and shackled. Ms. Qin Lanxiang from Pingyuan County, who was being held in the same cell, was handcuffed and shackled for not taking the drugs. Ms. Zhang was released on bail on the evening of December 14 and taken home by her daughter. Not long after she returned home, her legs turned red, swelled, and festered. Her legs only recently recovered.

On December 14, officers from the Pingyuan County Police Department led people into Ms. Peng Fengyun’s home in the Decheng District and ransacked it. They said that Ms. Peng was caught on post office surveillance cameras when she was mailing truth clarifying materials.