Home > Cultivation > Journeys of Cultivation
From the Depths of Despair to Hope and Happiness
March 4, 2022 | By Minghui correspondent Zhang Yun

(Minghui.org) “I had a fine house, a car and plenty of money. I even had a housekeeper and a chauffeur. Yet I lost hope in life. I was depressed and even thought of killing myself. But I did not succeed in taking my life because I was meant to practice Falun Dafa,” said Mary Li, the wife of a company director as she recalled what she went through while living in China.

Why would someone with a huge fortune contemplate ending her life? Mary hopes her story will help others.

Mary’s husband, who grew up in the countryside, was accepted into a university. He started a business through hard work. “However, in China’s morally bankrupt environment, he gradually acquired many vices. He slept during the day and went to nightclubs every night to strike business deals. The chauffeur carried a briefcase full of money which my husband used to bribe people. He made a scene upon returning home in the early hours of the morning. Disturbed by his behavior, I became severely depressed. I tried to kill myself but was unsuccessful in my attempts,” Mary recalled.

Her husband later had affairs with a few women. These women fought with one another over money and even threatened Mary and her son. “They demanded that I divorce my husband. I argued with my husband because of his infidelity. My son was young then and he often held his head and wept when he saw us arguing.”

Mary recalled, “Whenever my husband came home, he would shout nonstop. It made me so upset I frequently suffered terrible headaches. Taking pills did not help alleviate my pain. The doctor said it was caused by depression.”

Mary could not bring herself to end her life whenever she thought of her young son. In 2008, a friend saw how desperate she was and introduced her to her friend, Anan. “My friend hoped that learning things like the Book of Changes would help me.”

Mary listened quietly as he read, and thought, “What the book says is right! One lives not for the sake of being human, although it is a great fortune to have a human body. There’s a higher reason why we are here.”

“Anan did not tell me what the book was, he just kept reading and I continued listening. As I had a headache, I asked Anan to stop and let me take a nap. I slept for a while after listening, woke up and continued to listen. He read for several hours.”

At the end of the session, Mary asked what the book was called. He said, “Zhuan Falun.” Mary said, “Oh! Zhuan Falun? Falun Dafa!”

Anan told her, “I was fired by my workplace for practicing Falun Dafa. I had no source of income and moved to southern China. I knew that people here believe in things like the Book of Changes and the Eight Trigrams. I decided to teach this traditional knowledge to support myself.”

Mary said nervously, “We were made to watch the [staged] Tiananmen self-immolation incident at work and the CCP (Chinese Communist Party) vilifies Falun Dafa. It claims that those who practice it will become insane.”

She paused and thought for a while, then asked Anan, “How come what you read is so different from what other people say about it?”

Mary still had severe headaches when she started listening to Zhuan Falun, and she felt very drowsy. She said, “When Anan read the book, I said I wanted to take a nap. When I slept, I felt as if I lay in a huge cradle that was moving gently. I felt comfortable. It was amazing.”

“From the moment he started to read the book, I stopped having headaches. I no longer felt that life was not worth living. I thought it was wonderful to be a human because we have a better place to go to. I also understood what was said about karmic relationships.”

Mary’s friend knew an elderly woman in her hometown who practiced Falun Dafa and she introduced the woman to her. “The woman came to visit me twice a month and every time, we read the Dafa books together and discussed our understandings.

“She is a veteran practitioner. Master Li Hongzhi (Falun Dafa’s founder) saw that I had the heart to practice cultivation and sent someone to encourage me as well as create a cultivation environment.”

Giving Up Speculating in Stocks

Before she began practicing Falun Dafa, Mary loved to speculate in stocks and made quite a bit of money. “As I had been making a profit, I could not get out of it. In 2015, the stock market crashed and I lost all my money. Ninety percent of speculators became bankrupt. However after I did some calculations, I discovered that I had gained a little and it was simply the interest on my capital. However, what happened alerted me,” Mary said.

Anan told her, “As Falun Dafa practitioners, we cannot speculate in stocks. Now that you have lost everything, you should let it go and stop doing it in the future.”

She also felt the compassion of Master Li, the founder of Falun Dafa. Mary said, “Even though I lost all the gains I made in the past, I recouped my initial investment. Of course it helped me realize that as cultivators, we should not make money from speculation.”

Master Took Away My Karma 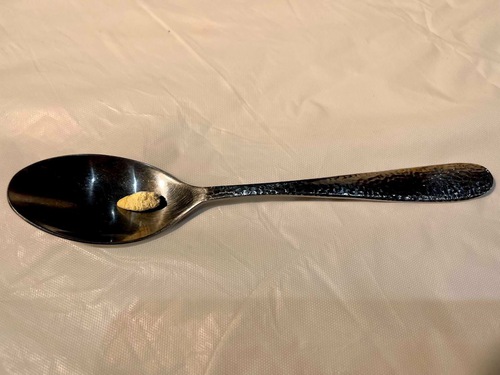 Mary had a painful growth under her tongue. After she began to practice Falun Dafa, it miraculously came out.

When Mary was young she had a growth underneath her tongue but doctors said it was not advisable to have it surgically removed. “Before I practiced cultivation it became swollen and hurt terribly. It did not go away even though I took injections and pills for two weeks. After I practiced Falun Dafa, it suddenly swelled and became excruciatingly painful.”

The veteran practitioner came to study the Fa and send righteous thoughts with Mary. “After she went back, the housekeeper saw how much pain I was in and wanted to take me to the hospital. I asked her not to worry, as Master was cleansing my body. She did not believe me and stayed the entire night in case I fainted.”

Mary kept listening to Master’s taped lectures. “Around midnight, I suddenly felt a hand grab my cheek and I coughed. Something came out of my mouth. I caught it in a cup and saw it was a black blood clot.” When the housekeeper washed the cup, she said excitedly: “You coughed out the thing under your tongue. Look at this white substance. Your Master is very powerful!”

This experience deepened the housekeeper's understanding of Falun Dafa. “Before, when I explained that Falun Dafa is unlike the Chinese Communist Party’s propaganda, she believed me. Now, she was even more convinced. She told other people about the incident. Later on, she started to practice Falun Dafa with me as well.”

Mary stopped fighting with her husband after she began practicing Dafa. The other women kept phoning to cause trouble and she calmly told her husband, “Please find a way to deal with this, don’t bring it home. Try to look after yourself.”

“He was puzzled initially and asked my friend if I had lost money in the stock market, and if I had a mental problem. I told him afterward, ‘It is because I practice Falun Dafa. It teaches one to be kind to others, so I will no longer fight with you.’ He started to stay home when he saw the changes in my character after I began practicing. I regularly clarified the truth to him and he was receptive. He even said to me, ‘I am grateful to your Master!’”

Telling Others How Wonderful Falun Dafa Is

Mary told people around her how wonderful Dafa is. “My son’s teacher witnessed my transformation. She agreed to quit the CCP after learning the facts. Later on, she started to practice Falun Dafa as well.”

Mary’s son began to study the Fa with her after seeing his mother’s positive changes. “My son won an award in school for his excellent moral character. He gets on well with his classmates. Another parent said, ‘My son only listens to your son, he believes everything he says.’”

“Another childhood friend of mine said, ‘You looked so terrible as if only a shell was left. Now you look completely different! What happened?’ I told her it’s because I practice Falun Dafa.”

This friend practiced other forms of qigong. After Mary told her about Falun Dafa, she bought a copy of Zhuan Falun and began to practice with Mary. After practicing for a period of time, her ailments disappeared.

In 2019, Mary and her family left China. Mary said, “I thank Master for teaching me Falun Dafa and cultivation. And I am very happy that more people began to practice after I clarified the truth to them.”