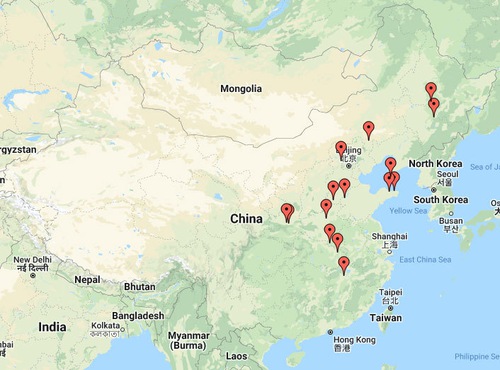 Ms. Ji Yunzhi, 66, from Bairin Left Banner, was arrested at home by Xu Jianfeng, head of the Political Security Division of the Bairin Left Banner Police Department, and eight other officers, on February 1, 2022, which was Chinese New Year’s Day.

The officers took Ms. Ji to the No. 2 Left Banner Hospital for a physical examination. At that time, she was unable to stand or speak, and she kept vomiting. They accused her of pretending to be sick and placed her on the cold, tiled floor for hours.

Detention center guards instructed inmates Sun Liying, Zhang Yuxin, Li Jiaxin, and others to abuse Ms. Ji. These inmates dragged her out of the cell many times to beat her. Ms. Ji was beaten and tortured to the verge of death and then transferred to Cell 501 for further persecution. Head inmate Song Changying, in Cell 501, was even more ruthless. She instructed inmates Fu Siyu and Zhang Huiting to continue to abuse Ji Yunzhi.

Director Gao, doctor Tian, and guards saw that Ms. Ji had difficulty breathing and was about to die. They took her to the Left Banner Hospital. It took many days for her condition to stabilize and no longer be in imminent danger of losing her life.

Ms. Hui Shuqin is from Rongqiaoxinyuan Residential Community, Dianzicheng Sub-district. On February 4, 2022, the court secretly sentenced her to one year and six months in prison without notifying her family. She has appealed the sentence.

Ms. Zhang Xiwei from Liquan County was arrested by officers from the Yanta District Police Department in Xi’an City on the evening of July 21, 2021. She has been held in custody. Lacking conclusive evidence, the police turned over her case to the procuratorate. She will be tried on April 12, 2022.

Ms. Gao Shuzhen was on her way home from the field around 4 p.m. on March 1, 2022. Three cars blocked the road. People inside the car asked: “Are you Gao Shuzhen?” She answered yes. They came out of the car and told her to go with them. Ms. Gao was held overnight at the Tangyuan Police Station. On the morning of March 2, she was taken to the Linqing City Police Department.

Ms. Chen Aifeng was arrested over a month ago.

Mr. Li Bing is from Huangchuan County, Xinyang City. He worked in Hangzhou City, Zhejiang Province, in 2021. He was reported to the police while talking to people about Falun Gong at the North Bus Station in Gongshu District on the afternoon of November 21, 2021. He was arrested by officers from the Xiangfuqiao Police Station in Hangzhou City. After being held for more than 30 hours, he returned home.

Ms. Yu Jingchun, in her 70s, lives in Huangchuan County. On the morning of March 1, 2022, when she was talking with an acquaintance in the Xiguantongma area, more than 10 people suddenly came up to her. They pushed her into a car and arrested her.

Officers from the Domestic Security Division went to Ms. Wang Ce’s home and pressured her to sign paperwork. She refused, but her family member signed on her behalf.

Mr. Zhang Junjiang is from Quzhou County. After his case file was returned to Quzhou County by the Congtai District Court in Handan City, the Quzhou Police Department still refused to let Mr. Zhang go home.

The police have again turned in Mr. Zhang’s case file to the Congtai District Court.

Nine officers from the Huailai County Domestic Security Division and the Langshan Township Police Station ransacked Ms. He Yurong’s home in Sanying Village in Langshan Township, Huailai County, on February 10, 2022. They tore off the paintings and calligraphy art with the Chinese symbol for “blissfulness” on the wall. The officers rummaged through boxes. They found a Falun Gong book and took it. Ms. He and her family repeatedly pointed out to them that they violated the law, but were ignored.

It was reported that in November 2021, Ms. Zou Guixiang, 67, was arrested at home late at night by officers from the Gaochun District State Security Division, the Macheng City State Security Division, and the Nanhu Police Station. After being held in a detention center in Nanjing City, Jiangsu Province, for over a month, Ms. Zou was secretly transferred to Wuxi City, Jiangsu Province.

Ms. Zhou Jinhui was arrested by officers from the Zhifu District Domestic Security and the Shihuiyao Police Station on February 22. She returned home on February 27 after five days of detention.

Ms. Zhang Lifeng was arrested at home by officers from the Nangang District Police Department. The officers confiscated some Falun Gong books.

Ms. Li Guiying from Lushunkou District was reported to the police while she distributed Falun Gong materials and talked to people about Falun Gong around 2 p.m. on March 1, 2022. She was arrested by officers from the Shichang Police Station. Her home was ransacked at around 7 p.m. that evening. Further information is pending.

Two officers from the Fate Town Police Station broke into the home of 80-year-old Ms. Tian Shulan around 3 p.m. on February 24, 2022. They said that someone reported her to the police. They confiscated two desktop calendars. They also tried to take away a photo of the founder of Falun Gong, but Ms. Tian stopped them.

They went to Ms. Tian’s home two more times, first at 7:30 p.m. that night and then on the morning of February 25. They brought six or seven sheets for Ms. Tian to sign, including a notice that she would be fined 1,000 yuan.

Three officers from the Fate Police Station broke into Ms. Pan Jingxian’s home at around 4 p.m. on February 25, and ransacked the place. They confiscated two copies of Zhuan Falun, a handwritten copy of a Falun Gong book, seven or eight booklets, four sound players, and six or seven paintings. A fourth officer arrived while the three were ransacking Ms. Pan’s home.

Around 10 a.m. on March 1, Ms. Sun from the No. 8 Team of Hongxing Village, Jishu Sub-district, was arrested and her home was ransacked by officers from the Jishu Police Station. At the same time, Ms. Yu Changlan was also harassed.

“Eons Were Just for This Lifetime”