(Minghui.org) Today's news from China includes incidents of persecution that took place in 4 cities or counties in 3 provinces, where at least 6 practitioners were recently persecuted for their belief. 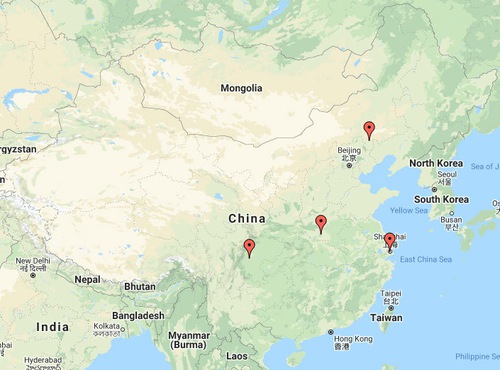 Mr. Shang Laiyou, 68, was arrested at home by officers from the Sheqi County Domestic Security Division on June 11, 2021. The officers ransacked his home and confiscated two weekly publications and numerous cell phones. Mr. Shang has been held in the Sheqi County Detention Center for more than six months.

Ms. Zhang Xiangyun and Ms. Sun Guizhi from Ningcheng County were reported to the police while distributing Falun Gong materials at the Machengzi farmers market in Daming Town on January 26, 2022. They were arrested by officers from the Daming Town Police Station. Officers from the Ningcheng County Domestic Security Division ransacked both practitioners’ homes. The officers confiscated all of the items related to Falun Gong from Ms. Sun’s home.

When the two practitioners were released and brought home by officers at 7 p.m. that evening, they left immediately. Two days later, Ms. Zhang’s son-in-law brought her home. She was immediately arrested by domestic security officers. The officers then went to Ms. Sun’s home to arrest her, but she was not there. The officers searched the place again, but did not find anything they were looking for.

Ms. Meng Fanzhen and Mr. Xie Yan were placed under 24-hour surveillance by staff from the Waigang Town Comprehensive Management Office in Jiading District during the holiday season of Chinese New Year (on February 1, 2022). This seriously disrupted her family’s life.

“Once Hung Upside Down for Three Days, 84-Year-Old Woman Is Again Imprisoned for Her Faith”