(Minghui.org) Even in the depths of winter, Falun Dafa practitioners continue holding truth-clarification activities in the center of Munich every week. They introduce the spiritual practice to the public and expose the Chinese Communist Party’s (CCP) persecution of Dafa, which has been ongoing for nearly 23 years. Many passersby pause and learn more about Falun Dafa and sign a petition calling to end the CCP’s egregious human rights violations. 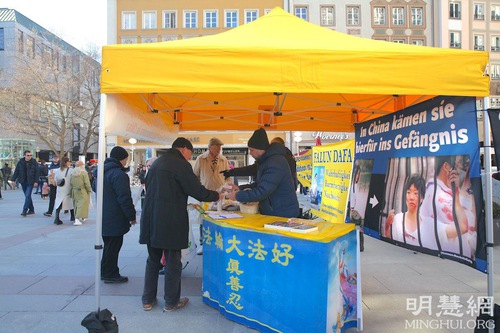 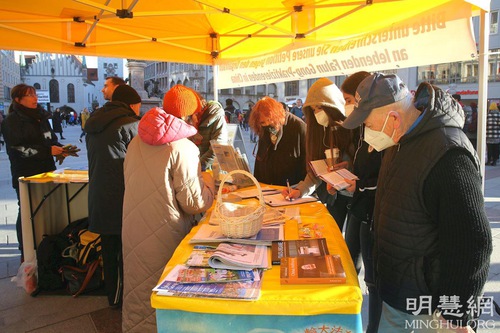 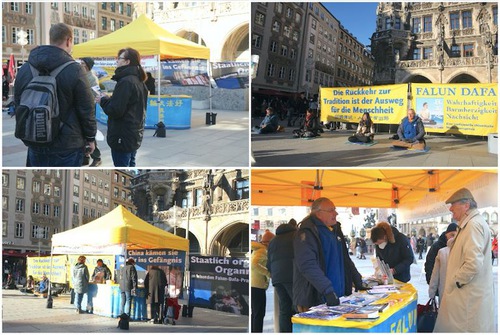 Falun Dafa practitioners hold activities on February 12 on Marienplatz in Munich to introduce the spiritual practice and tell people about the CCP’s persecution. 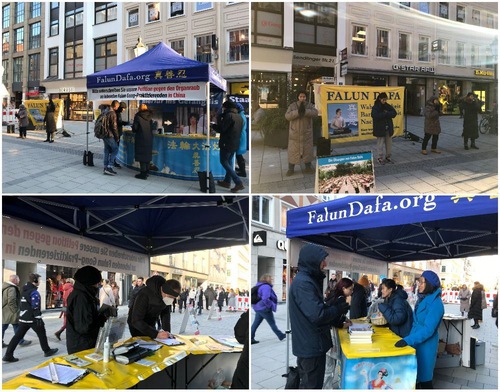 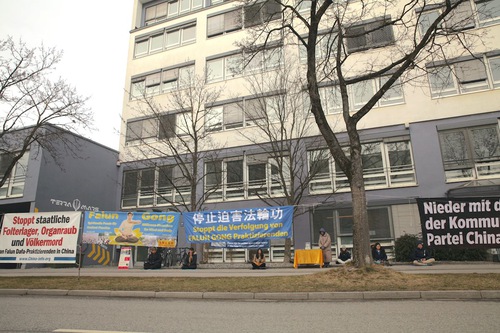 Practitioners held a protest in front of the Chinese Consulate in Munich on February 3. They hold the activity every week to call for an end to the persecution.

Joachim von Keyserling, a retired psychiatrist, accepted truth-clarification materials from a Falun Dafa practitioner on Marienplatz. He paused and watched for quite a while as practitioners demonstrated the exercises. When he learned how the CCP persecutes practitioners and harvests their organs, he immediately signed the petition to stop the persecution. 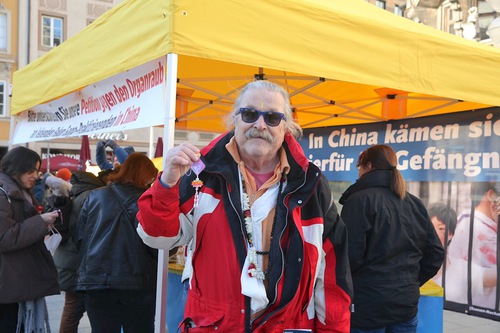 Doctor: The CCP Should Not Persecute Peaceful People 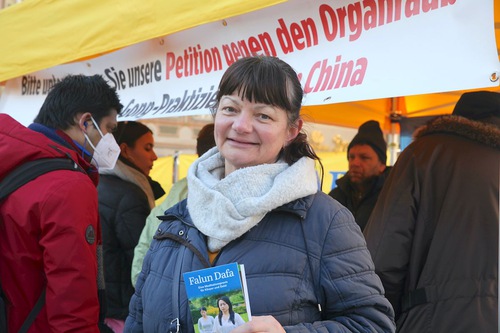 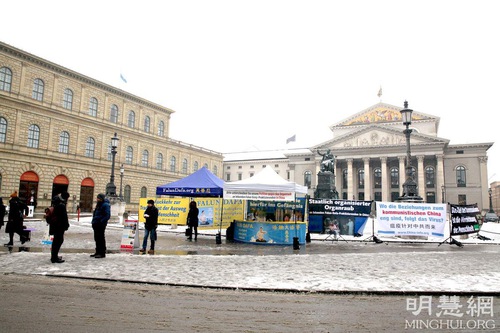 Practitioners hold truth-clarification activities in front of the Munich Palace and the International Opera House on January 22. 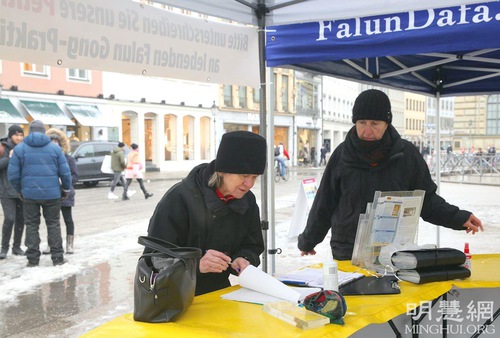 A woman signs the petition to end the persecution.

She chatted with the practitioner for a while. Before leaving, she signed the petition to stop the CCP’s organ harvesting and thanked the practitioners for introducing Falun Dafa to her in detail.

Falun Dafa (also known as Falun Gong) was first introduced to the public by Mr. Li Hongzhi in Changchun, China, in 1992. The spiritual discipline is now practiced in over 100 countries and regions worldwide. Millions of people who have embraced the teachings, which are based on the principles of Truthfulness-Compassion-Forbearance, and learned the five exercises have experienced improved health and well-being.

Minghui.org has confirmed the deaths of thousands of practitioners as a result of the persecution over the past 22 years, though due to the difficulty of getting information out of China, the actual number is believed to be much higher. Many more have been imprisoned and tortured for their faith.

“Podcast (Cultivation): “Looking Within to Eliminate Attachments During Conflicts””

“The Most Trusted Employee”