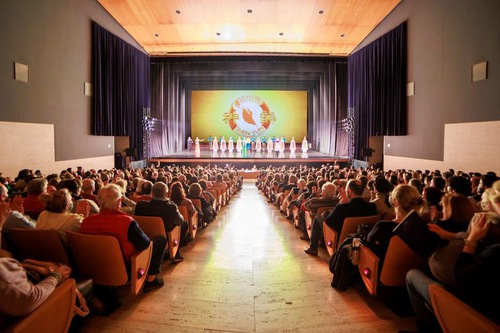 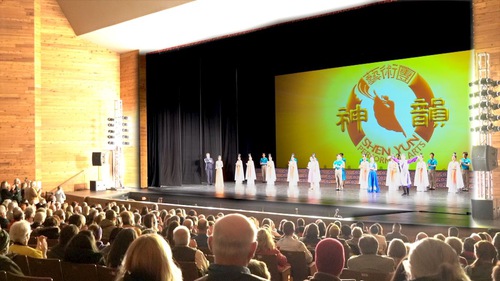 The Shen Yun North America Company at the Cheyenne Civic Center in Cheyenne, Wyoming, on February 2. The company presented two sold-out performances in Cheyenne on February 1 and 2. (NTD Television) 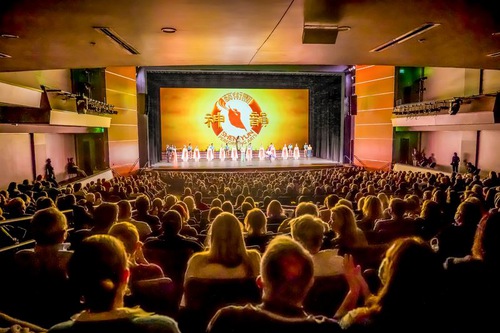 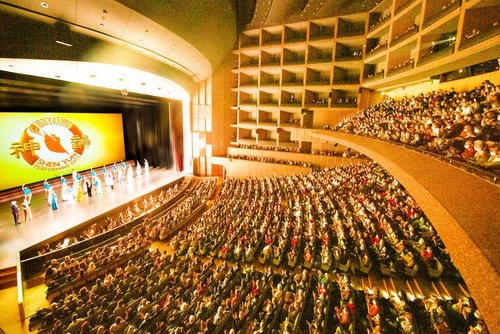 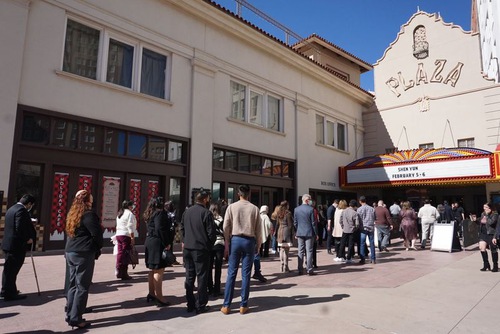 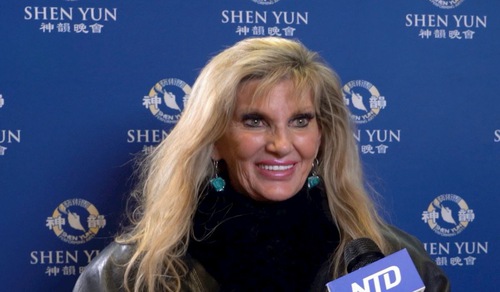 Charlene Baktamarian, the executive producer and host of the GSTN TV show, saw Shen Yun in Cheyenne, Wyoming, on February 2.

“From the moment that the curtain went up, there was just a capture of the hearts of the people in the audience, because there was such a presence in it that just permeated the room... There is a presence that filled the room that really touched people’s lives,” Ms. Baktamarian said.

“The outfits are just phenomenal... I just can't say enough. It was wonderful.

“Something that is divinely-inspired or something that really has a presence or truth with it, you cannot just make somebody feel that in their heart. It has to be real for them to feel that. And that's what this is – It's real. It was done so, I mean – Perfection.

“It was done so well. And you could tell they worked so hard on this and they believe so strong in what they're doing. You gotta thank every one of them [considering] what's been going on in the whole world. In this last year and a half, with the pandemic and all of the things, people needed, and all I could say is, this color, they needed this life, they needed something like this to be presented.

“Brings You to Your Origin” 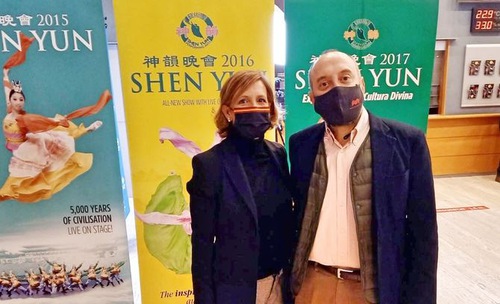 María García Fuster, a member of the Parliament of Catalonia, Spain, saw Shen Yun with a friend in Sant Cugat on February 2.

“[The performance] transmits what the Creator wants, what contemporary and ancient China are, and how communism destroys traditional values, spiritual content.

“I am truly amazed and highly recommend it,” she said. 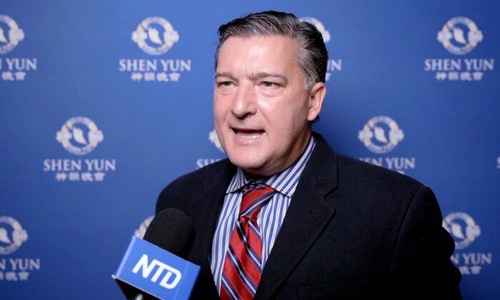 “It’s such a thrill to be able to experience the true China in Cleveland,” Mr. Kuszewskiz said.

“What a performance!... Very strong, very faith-filled. And I think it’s very interesting that with the Olympics going on in Beijing that the people that we are seeing in the sporting events would not be able to witness such a powerful performance by the very powerful actors in Cleveland today,” he said.

What Mr. Kuszewski saw on stage was “the full history of the wealth, beauty, and freedom of where people want to be able to express themselves—and the drive for connecting with your Creator.”

He added that the performance left him with “a great elevation of feeling.”

“Traditions Stand the Test of Time” 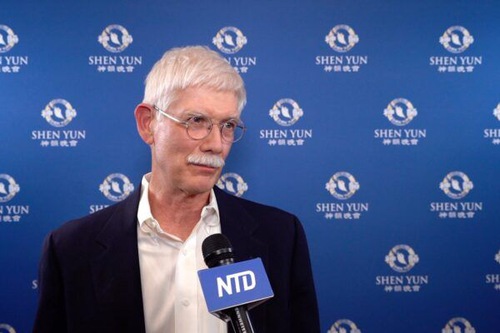 “It really brings home a lot of the Chinese tradition and faith and gymnastics and the dancing was terrific,” Dr. Caudle said.

He was particularly fascinated by the baritone who sang “To Heaven in this Lifetime,” which he said, raised the question of relying upon tradition as opposed to atheism.

The song speaks of how one descends to earth after a long journey through the planes of the heavens and finally meets the Creator.

“And I think that is what our society in the U.S. is losing somewhat. I think it is important to have a good strong faith.

“I think we all serve one God, and I think a strong faith in God helps us become better people, helps us to follow a righteous path, and it makes us strive to be better people every day and show compassion [for] our fellow citizens,” Dr. Caudle said.

“[Shen Yun] inspired me. It is like watching a great movie. You feel good about the movie when you leave, you feel like you’re a better person, and it inspires you to greater things.

“I think traditions stand the test of time because they keep coming back, because they are the core of society and the core of one’s person, one’s soul, and who they are. Those critical values span time and span societies and span our peoples,” he said. 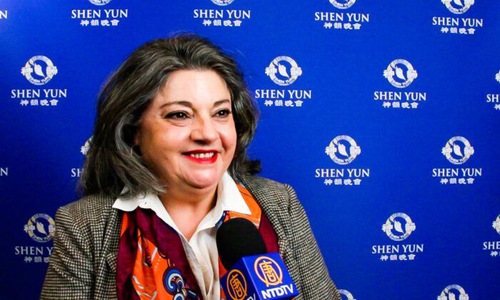 “I found it to be an absolutely magical, wonderful performance! It is one that transports us through time,” Ms. Beltram said.

Ms. Beltram has made a name for herself in French TV series such as “Plus belle la vie”, “Camping Paradis” and feature films such as “La French” and “Martin.”

“Really, you go from the present era to centuries back and it was absolutely wonderful. I loved it! A beautiful and magical performance,” she said.

She said she was “overwhelmed” because she “felt really transported with all these lights, these colors”, as well as “these special effects with the interactive screen” that she described as “magical.”

She also shared that she thought the performance to be at “a very, very high level.”

“They are really great artists. Really, I congratulate them. Whether it’s in the category of dance, singing, whether it is, men or women, the music... It was really fantastic.

“You can see that the actors are having fun, all the actors are enjoying their show, which is theirs to own and they are really getting into it... You understand everything even though there’s no dialogue. You still understand all the scenes because of their talent,” she said.

The spirituality that existed throughout China’s history also touched her. “It pays tribute to ancient Chinese deities,” she said, bringing this spirituality closer to “the Buddhist culture.”

“Yes, I think you come out of it more zen,” the actress said. “It makes you escape.”

Shen Yun's artists practice a form of Buddhist-school meditation called Falun Gong, which is based on the universal principles of Truth, Compassion, and Forbearance.

Ms. Beltram said such principles are meaningful to her.

“I felt it because I’m getting a little bit closer to it myself... I’m trying to get closer to it. It’s sometimes difficult, but let’s say it’s a philosophy of life that we should have nowadays—to live better and to live in peace,” she said.

“I recommend [Shen Yun], I recommend it to everyone,” Ms. Beltram said.

“A Show for the Whole Family” 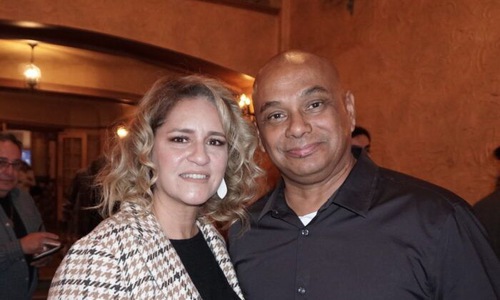 Martha and Luis Gerardo at the Shen Yun performance in El Paso, Texas. (The Epoch Times)

“Actually we’ve seen it (advertised) a couple of times that it’s come here to El Paso and we’ve always wanted to come and we decided it was the right time this year,” Martha said.

She found an instant connection with the traditional culture of China, including some parallels to her own Hispanic culture—particularly the love for dance and high color.

“It’s a show for the whole family... I see a lot of younger people coming in and I definitely think it’s good for people to come and get diversified in different cultures. We’re very strong in our Hispanic culture here in El Paso so it’s nice that others get to share their culture as well.

“Unfortunately it sounds like they are not able to practice their culture in recent times so that’s very unfortunate but very fortunate for us that they are able to share with us here,” she said.

“Taiwan: Spreading The Wonders of Falun Dafa in Chiayi During The Pandemic”