(Minghui.org) The annual Taiwan Falun Dafa Experience Sharing Conference was held at the Taipei’s Heping Basketball Gymnasium on November 13, 2022. Practitioners encouraged each other in cultivation and listened to the 19 speakers who shared their cultivation experiences. Everyone felt Master’s immense and boundless compassion and encouraged each other to be more diligent.

Falun Dafa is now practiced in more than 100 countries and regions. Practitioners come from all walk of life and are in many different occupations. Many of them are young practitioners who strive to be diligent on their paths of cultivation. 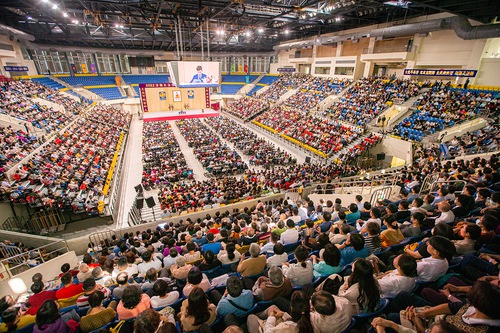 Engineer: Things Will Change for the Better When I Abide by the Principles of Falun Dafa 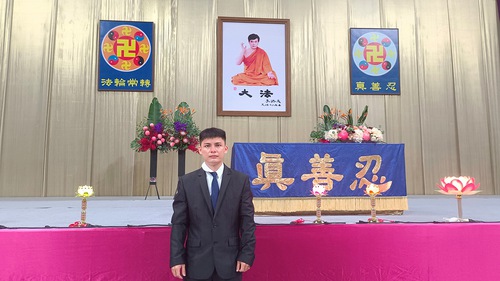 Liao Naixing, 28, is an equipment engineer who started cultivating Falun Dafa in May 2018. He was moved by the cultivation experience sharing of Yu Zhen, a dance student. Yu Zhen went through a period of depression and was able to make a breakthrough because she abided by Master’s Fa and upgraded her xinxing.

Liao said he had focused too much on his work, relationships, and finances in the past and had forgotten about the importance of cultivation of his character. After listening to practitioners’ experiences, Liao understood that things will change for the better if one studies the Fa more and abides by Dafa’s standards. 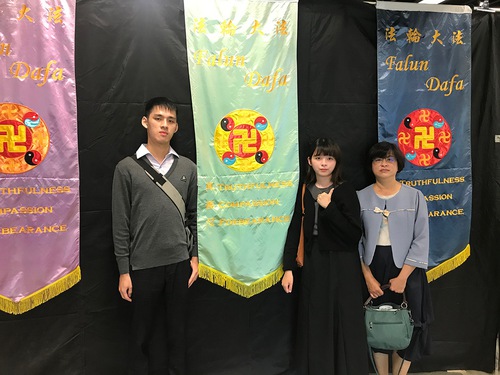 He Ziyu is a warm and happy young girl who attended the experience sharing conference with her mother and younger brother. Ziyu’s mother was the first in their family to cultivate Falun Dafa. Her mother had been very ill in 2004 and was introduced to Falun Dafa by one of her classmates. She decided to give Falun Dafa a try because she had been told she did not have many days left to live.

After Ziyu’s mother became sick she hadn’t been able to get a good night’s rest, but four days after attending the nine-day Falun Dafa classes, Ziyu’s mother slept very well. She slowly regained her health through studying the Fa and practicing Falun Dafa’s five sets of exercises.

Ziyu began participating in Dafa activities with her mother and started to cultivate Falun Dafa during her third year in college in 2017. Ziyu said that she has found the true meaning of life.

Ziyu always looks forward to the annual experience sharing Fa conference. She can look inward and find her shortcomings by listening to how other practitioners have made breakthroughs and reflected on their cultivation. She was able to find many attachments that were deeply hidden in her and was able to upgrade her xinxing and improve in cultivation.

Ziyu said she was deeply touched after hearing how two young practitioners eliminated their attachments to electronic devices and watching movies. She realized that she also spent a lot of time online, and it had slowly developed into attachments to comfort, selfishness, and being lazy. This had begun to hinder her cultivation.

Ziyu enlightened to the fact that there are many deviated notions in modern movies that can cause harm to one’s body and mind. Watching those movies for a long time can also make one easily agitated and have nightmares.

Upon enlightening to the above, Ziyu was determined to genuinely cultivate. She cleanses herself by studying the Fa, looking inward and correcting her actions. She was determined to walk well on the path of cultivation and not let benevolent Master down.

Overcoming a Tribulation and Experiencing the Magnificence of Dafa 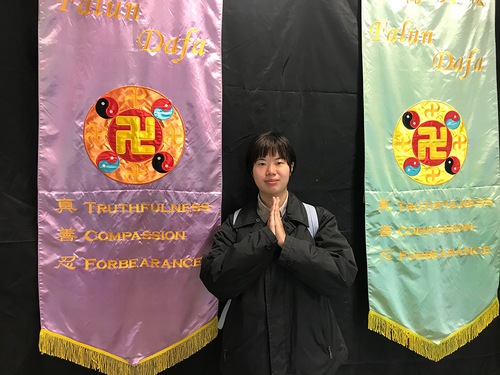 Fan Shurui, an honest and direct young girl with short hair, is an English tutor. She obtained Falun Dafa in 2019. Shurui had often experienced stomach pain in the past, but after being introduced to Falun Dafa by a friend her health improved.

Shurui shared, “I enjoyed being outside and never liked going home. I would get together with my friends and have drinks. I had no goals in my life. I understood many of Master’s principles after cultivating Falun Dafa.”

Drinking alcohol often made her sick and tired, so she quit drinking. She now returns home from work on time and reads Master’s lectures whenever she has time. Studying the Fa and practicing the exercises has become part of her daily routine. She has also become obedient and listens to her parents.

Shurui benefitted a lot from attending the experience-sharing conference. She learned to look inward after listening to practitioners share about how they look inward.

Shurui stated, “Though I studied the Fa and practiced the exercises every day, I would always ask myself: Am I studying the Fa wholeheartedly? Are my exercise movements accurate?” Only by solidly cultivating can it count as genuine cultivation.

She felt that she was still lacking in cultivation compared to the 19 practitioners who presented their experience-sharing papers at the conference. She wanted to strive to be more diligent and not find any excuses for herself. Breaking through human notions is the key to being successful in cultivation. 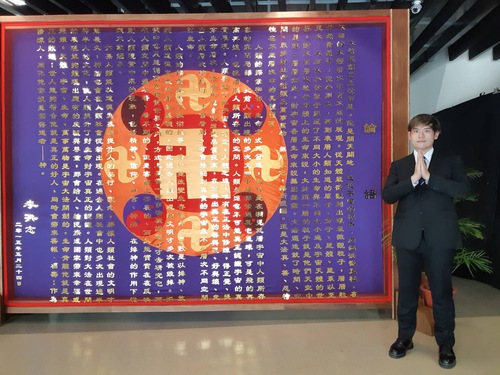 Sugano Soeta is a third year student at the National Tsing Hua University in Taiwan. Sugano gradually learned about traditional Chinese morals and values after cultivating Falun Dafa. As a Japanese native, Sugano did not speak fluent Chinese, and wanted to study in Taiwan to learn more about authentic, divinely-inspired Chinese culture.

Sugano felt fortunate to be able attend the experience-sharing Fa conference. He benefitted most from learning how to eliminate the attachment of jealousy. He said that jealousy manifests in many different planes. For example, feeling it was unfair when others did not work as hard, looking down on others, feeling that one has been treated unjustly and feeling that others should suffer the same hardships, etc. He was able to quickly eliminate these attachment after enlightening to Master’s Fa principles. He was able to have a calm heart and step into others’ shoes.

Sugano said that people would often get frustrated with him for not being able to express himself clearly in Chinese while in Taiwan. He might develop grudges toward those people. He learned that these were all manifestations of the attachment of jealousy and he wanted to eliminate it.

Sugano’s body was weak when he was young and he would always catch a cold or get fevers, which resulted in constant ear infections. He threw temper tantrums and easily became agitated. His mother did not know what to do and was physically and mentally exhausted. Sugano’s illnesses disappeared when his family started cultivating Falun Dafa in 2005. He was four years old at the time. His mother no longer needed to take him to the hospital and he started to see smiles on his parents’ faces.

“I am very fortunate to live with a family of cultivators!” Sugano stated that his parents don’t get into arguments or nag him. His whole family lives happily every day.

“China Fahui | Clarifying the Truth Face to Face in Beijing”