(Minghui.org) With Chinese New Year just around the corner, Falun Dafa practitioners in New Zealand held rallies and parades in Hamilton and Auckland on January 15 and 22. They wished Master Li, the founder of Falun Dafa, a Happy Chinese New Year.

The performances of the Tian Guo Marching Band, Dragon Dance Team and Waist Drum Team were well received by spectators and bystanders. The practitioners wished to bring people hope and blessings during this difficult and uncertain pandemic. 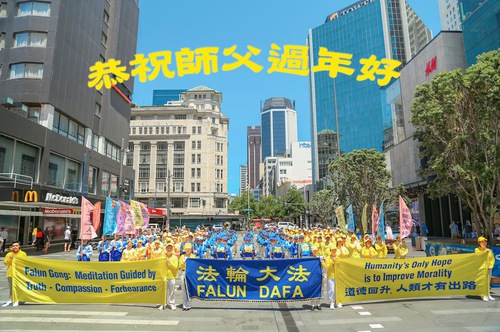 Falun Dafa practitioners held a rally in Auckland on January 22. 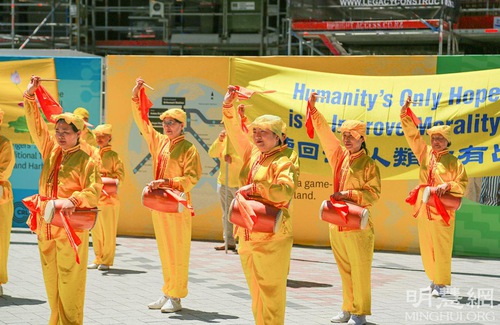 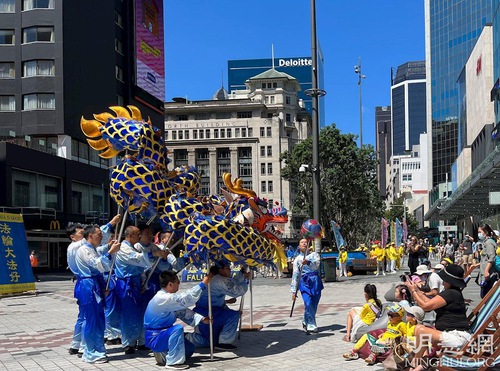 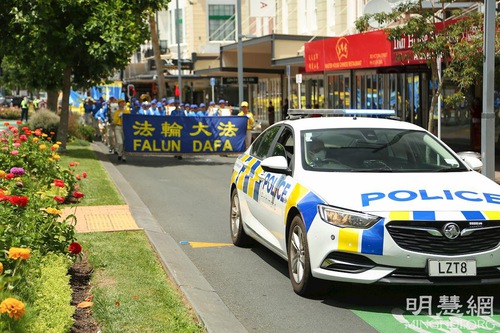 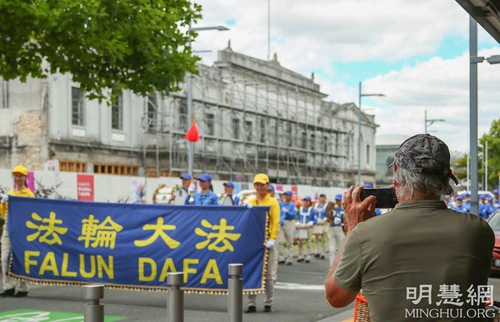 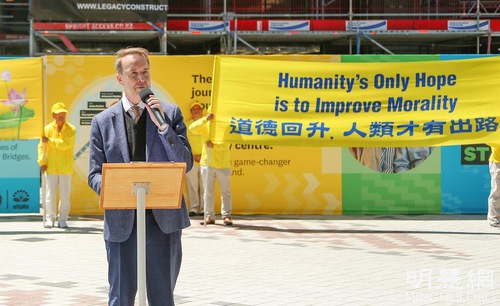 Renowned human rights lawyer Kerry Gore was one of the featured speakers at the rally. He said, “Thank you for the opportunity to speak today. May I wish a Happy New Year to Master Li Hongzhi, the founder of Falun Dafa. Falun Dafa was first taught to the Chinese public in 1992. Since then it has been taken up and practiced by hundreds of millions across many different countries.

“These principles lie at the heart of a cohesive society that has a moral conscience, and that, surely, is a society that is good for us all, and a society in which we want to live. These principles therefore provide hope, and confidence for us all. The people of the world would do well to take them to heart. Living in accordance with these principles, humanity has a future, and will be able to navigate its way forward no matter what difficulties it encounters.”

Farm Owner: The CCP Is a Tyrant 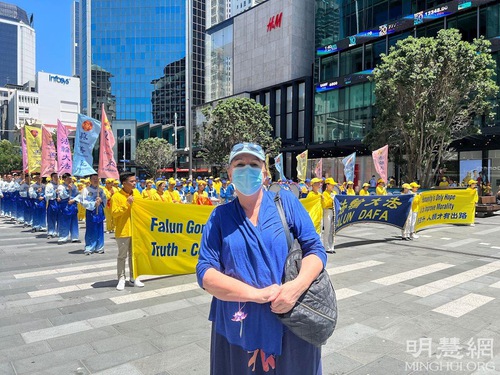 Jane Grant, a farm owner, said, “I know the CCP imprisons Falun Gong practitioners and conducts organ harvesting from live practitioners for profit.” She added that practitioners were courageous to protest the persecution.

Ms. Grant said she knows about China because she has a sister-in-law from Hong Kong. Her sister-in-law’s father immigrated to New Zealand with his whole family. Her sister-in-law always remembered her father kept saying, “Why did we leave Hong Kong? Because once the CCP controls Hong Kong, Hong Kong will fall sooner or later.”

She pointed out that the CCP is a tyrant. Mainland Chinese people fled to Hong Kong decades ago, and now Hong Kongers are fleeing to other countries. “Why do people flee? It’s because they don’t like the CCP. The CCP denies freedom of the press and doesn’t allow people to have their own voices and opinions,” Ms. Grant said.

“Fortunate to Have You in This World”

Anna and Phil became emotional while watching the practitioners’ performances. They said that they knew that the CCP has been persecuting Falun Dafa, because they often see practitioners protesting against the CCP’s tyranny at the Chinese consulate.

Phil said, “We also hate communism because we love freedom. My family has lived in New Zealand for five or six generations and we have grown up freely. But now our environment is changing quietly—communism is slowly eroding and permeating our society. This is unacceptable to us.”

He said his ancestors fought for freedom, and this precious freedom might be eventually lost due to communism eroding society.

The Principles of Truthfulness-Compassion-Forbearance Are Important for Children

She said that the performance of the Tian Guo Marching Band was wonderful, and it made her feel peaceful, calm and happy. She agreed with the principles of Truthfulness-Compassion-Forbearance. She said that these were important principles for the education of children. 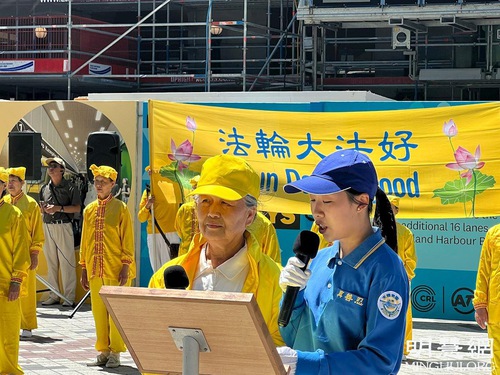 Several practitioners shared their experiences with practicing Falun Dafa. Jiuchun Wang said she quickly recovered from a car accident. Six years ago she was hit by a car, and her legs were fractured in five places. By doing the Falun Dafa exercises she was back to normal in six months. The doctors were surprised at her extraordinary recovery. She said, “Many practitioners recovered from diseases, which hospitals were unable to cure, by practicing Falun Dafa.” 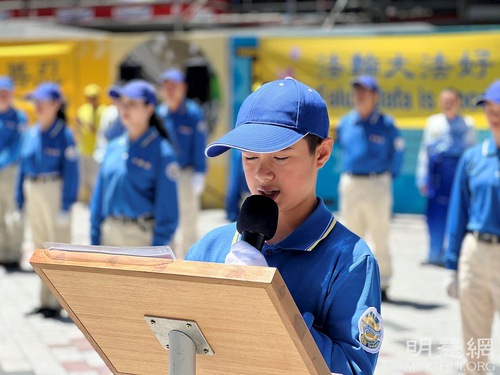 Eleven-year-old Selwyn talked about how he gradually got rid of his addiction to computer games. He said, “Now I'm free from computer games. Dafa has helped me a lot because it teaches me to be a better person with a kind heart. I will try my best to apply the principles of Truthfulness-Compassion-Forbearance in my daily life. Falun Dafa also taught me to be a helpful person. I am grateful for all that has been given, and I appreciate Master for his teachings.” 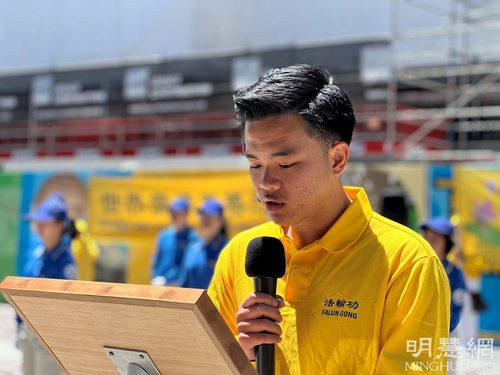 Kevin from Vietnam began practicing Falun Dafa ten years ago. He was depressed, addicted to alcohol and suffered from an illness. Doctors told him it was incurable and could relapse at any time.

When Kevin felt most hopeless he recalled what his mother told him about Falun Dafa. He decided to read Zhuan Falun, the main book of Falun Dafa.

His depression gradually subsided and he started to feel optimistic. One day he realized that the pain from his illness was gone.

Kevin said that he is working hard to eliminate his attachment to fame and fortune. He always remembers his promise to Master and his purpose in life.

Background: What Is Falun Dafa and Why iI the CCP Persecuting It?