(Minghui.org) Falun Dafa practitioners participated in town of Pondicherry's 25th Book Fair, December 17 to 26, 2021. The annual event is held in Tamil Nadu State, India’s tenth largest and most southern state. Fair attendees were attracted to the soothing music as practitioners demonstrated the exercises. When people stopped to watch, the practitioners explained the unique characteristics of Falun Dafa and the physical and mental improvements the cultivation practice can bring.

Many people who listened to the practitioners’ introduction and watched the Falun Dafa exercise demonstrations, said they were very interested in learning more. One person said, “I like this kind of practice as it makes people feel the values of Truthfulness, Compassion and Forbearance, such that people can cultivate their own virtues.” 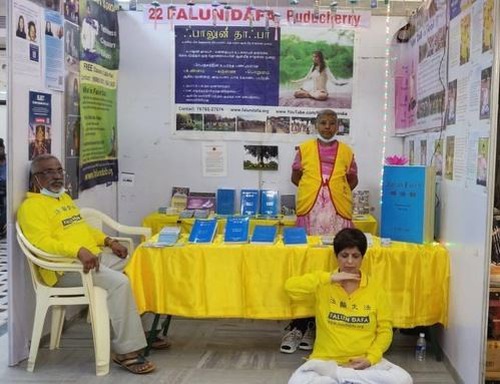 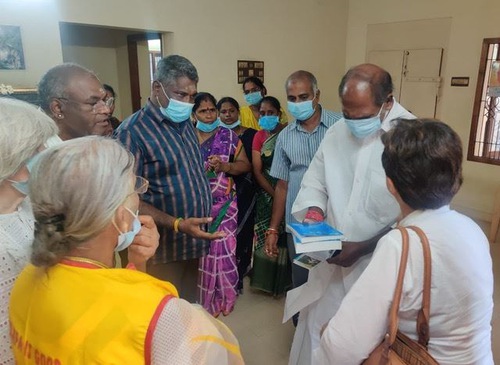 Mr. N. Rangaswamy the chief minister of Pondicherry town, presided over the opening ceremony. Practitioners explained what Falun Dafa is, and presented Falun Dafa books Falun Gong and Zhuan Falun, which have been translated into the local language as a gift to him.

They told Mr. N. Rangaswamy about Falun Dafa’s guiding principles, Truthfulness, Compassion and Forbearance, and explained that this is a high level virtuous practice that requires one to cultivate oneself and be a kind person. They also said that the Chinese Communist Party (CCP) has been persecuting Falun Dafa since 1999—more than 22 years. They described the CCP’s cruel persecution methods and how it harvests practitioners’ organs while they are still alive. 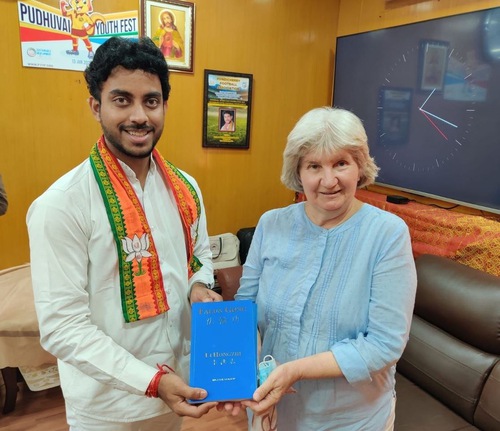 Practitioners visited a local government legislator (left) and presented him with Falun Dafa books as a gift.

Practitioners also visited the local government and clarified the truth about Falun Dafa to one of the legislators (MLA). He accepted the Falun Dafa books and expressed his wish to learn the exercises. 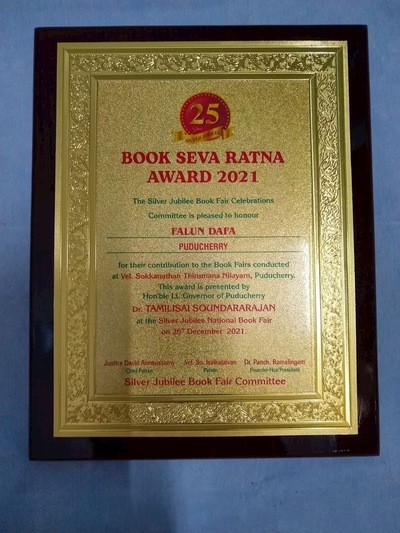 On the last day of the event the book fair organizers presented an award to Falun Dafa practitioners.

“My Attachment to Soap Operas and Lust”