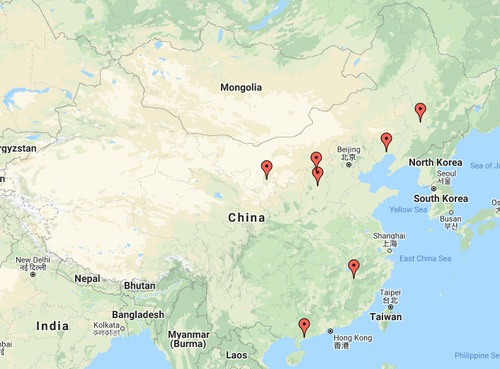 Ms. Yao Yuling was reported to police for giving a booklet to a passerby and was arrested by officers from the Yingze Police Station on October 18, 2018. She was denied admission by the detention center due to her poor health. She was placed under residential surveillance.

Her case was later submitted to the Yingze District Court. Ms. Yao left home for more than two years. She was arrested after she returned home and was taken to the detention center again. She was denied admission because she was diagnosed with advanced breast cancer. Now her case is in the court and she may face trial.

Mr. Liu Sizu was arrested on the afternoon of December 30, 2021 when he was outside. His home was then ransacked. He has not been released yet.

Two police officers went to Ms. Sui Yuzhen’s home just after 8:00 a.m. on December 22, 2021. One officer guarded the door and the other went directly to Ms. Sui’s bedroom. He videotaped around and confiscated a MP3 player and a flashlight.

Ms. Liu Chang’e was arrested at the beginning of December 2021 for talking to people about Falun Gong. She has been detained in the Yingtan Detention Center.

Mr. Hu Deyuan was arrested on December 10, 2021 for distributing truth clarifying materials. He is still detained.

Ms. Li Cuirong was arrested at home on October 4, 2020 along with her two daughters. Her home was ransacked. Her personal belongings were confiscated including two computers, two printers, 12 Falun Gong books, 2500 yuan in paper bills imprinted with Falun Gong facts, and other truth clarifying materials. Her two daughters were released the next day. Ms. Li was tried online at the beginning of 2021 and was sentenced to half a year in prison and fined 2000 yuan.

Ms. Li was released on April 4, 2021. She went through the retirement procedure in May 2021. She worked for more than 30 years, however, the social security bureau canceled her retirement payment in July 2021 after receiving a notice from the Shuocheng District Supervisory Committee.

Two female staff members from the Xinhu Residential Committee went to Ms. Chen Lianqiong’s home on the morning of December 31, 2021. They pressured Ms. Chen to sign a guarantee statement, which she refused. They called in three special police officers. The officers urged Ms. Chen to sign as soon as they entered the room. Ms. Chen calmly talked to them and eventually the officers left.

Ms. Liu Yurong went to visit an old lady Kang on the evening of November 27, 2021 and was arrested by officers from the Beijiao Police Station who were staying in the old lady’s house. Ms. Liu was taken to the Jinzhou City Detention Center that night. She was illegally placed under official arrest without the procuratorate investigating.

“Believing in Master and the Fa: Overcoming Life and Death Tribulation”