Hu Jiafu, Former Party Secretary of the Jilin Province Political and Legal Affairs Committee (PLAC), is on the list. 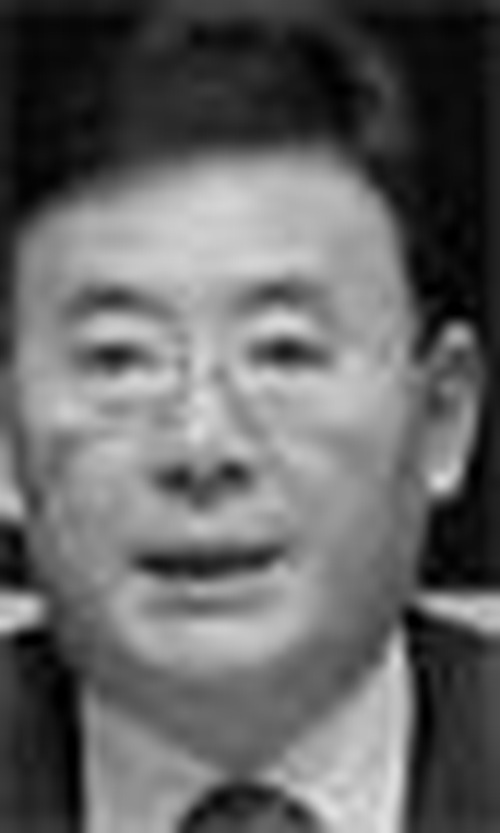 July 1990: Started to work in the General Office of the Ministry of Public Security of the Chinese Communist Party

September 2011 – August 2015: Director of the General Office of the Ministry of Public Security

Jilin Province has been one of the provinces where Falun Gong practitioners are persecuted the most severely in China. According to persecuted death cases confirmed by Minghui.org since the onset of the persecution, Jilin ranks 4th among the 31 provinces and autonomous cities.

From August 2015 to March 2020, Hu Jiafu served as the Director of Public Security, Deputy Governor, Deputy Secretary and Secretary of the Political and Legal Affairs Committee of Jilin Province. He closely followed the CCP’s policy of persecuting Falun Gong, and actively promoted the persecution of Falun Gong in the Jilin Provincial Public Prosecutors and Justice Department. He was the chief planner and director of the persecution of Falun Gong in Jilin Province. In many speeches, he urged the public, procuratorate and legal departments at all levels to “firmly crack down on Falun Gong,” “strike Falun Gong severely,” and “start an anti-cult fight in every aspect.”

During Hu’s tenure, at least 27 Falun Gong practitioners in Jilin Province were tortured to death. Many more were arrested, detained, harassed, sentenced, and tortured. Hu bears inescapable and direct responsibility for the persecution.

According to Minghui.org, in 2015, 756 Falun Gong practitioners from 42 cities and counties in Jilin Province were targeted for their faith. Among them, 607 were arrested, 121 were harassed, 23 were sentenced, and 5 died.

On September 25, 2015, the local police in Fusong County, Jilin Province were mobilized to arrest 11 practitioners. One Falun Gong practitioner and a family member died as a result, including Ms. Sun Xiuhua, who died from the trauma of the police violence and intimidation during the home raid and Ms. Zhang Fengxia’s elderly mother, who was dealt a hard blow of her arrest and died the same night.

In 2016, at least 840 Falun Gong practitioners from Jilin Province were targeted. Among them, 24 practitioners were arrested, 293 were held in brainwashing center or detained for extended periods of time, 66 were sentenced to prison, and 8 died. At least 140 practitioners’ homes were ransacked and a total of 460,308 yuan in cash was confiscated.

Mr. Sheng Guizhen, of Changchun, was fired from a government job. On May 25, 2016, he was arrested for the third time. After he was released, he lived in fear due to non-stop harassment. The mental pressure took a toll on his health and he passed away on October 16, 2016. He was 52.

In 2017, a total of 2,446 Falun Gong practitioners in Jilin Province were persecuted to varying degrees. Among them, 712 were arrested, 1,441 were harassed, 39 were were taken to brainwashing centers, and 11 were forced to live away from home. In addition, 100 practitioners were sentenced, 72 suffered various forms of economic persecution and 16 died due to torture.

Mr. Wu Chunyan, of Yanji City, was detained several times and held in a forced labor camp twice. While detained, he was subjected to torture and all of his teeth were knocked out. On March 3, 2016, plainclothes officers broke into his home and ransacked it. This caused tremendous mental distress to him. Soon after, he became paralyzed. He passed away in June 2017.

On June 16, 2017, Ms. Yu Guixiang, a 65-year-old resident of Jiutai City, was arrested and detained in the Jiutai Majiagangzi Detention Center. Within only 4 days, she was beaten to death in the detention center. She was 65.

Ms. Huo Runzhi was arrested in March 2016 and sentenced to 3 years in prison. She suffered multiple wounds across her body from torture in the prison. She developed severe hypertension and a rectal tumor. She was covered in scars, malnourished, and was on the brink of death. On August 16, 2017, the prison sent her back home while she was unconscious. She often groaned in excruciating pain. She died on November 14, 2017. She was 72.

In 2018, a total of 777 Falun Gong practitioners from Jilin Province were persecuted to various degrees. Among them, 463 were arrested, 134 were harassed, 31suffered financial extortion, 65 were sentenced, and one died.

On August 27, 2018, Ms. Song Zhaoheng, a 76-year-old retired teacher, was arrested while she was out talking to people about Falun Gong. She was held at the Yushu City Detention Center. She first appeared in court on November 16, 2018. The judge arraigned her again on January 14, 2019 and threatened to sentence her to nine years if she didn’t renounce Falun Gong. She was terrified and passed away shortly after being taken back to the detention center.

In 2019, a total of 1,015 persecution incidents against Falun Gong practitioners of Jilin Province were documented, including 8 deaths, 72 sentencing, 582 arrests, 236 cases of harassment and 8 cases of forced brainwashing. In addition, 38 practitioners were extorted a total of 286,605 yuan (around $45,000).

Ms. Zhang Yuanyuan was arrested several times in April 2019 and her home was ransacked. Because of her high blood pressure, she was rejected by the detention centers. However, the local police continued to harass her and submitted her case to the procuratorate. On the morning of June 24, 2019, police arrested her again and took her to the local procuratorate. They threatened her and ordered her not to leave home for 15 days, and during this period, she had to be on call all the time. Otherwise, she would be arrested again.

On July 1, 2019, Ms. Zhang was taken to the local court for a hearing without her family’s knowledge. She collapsed to the ground as soon as she went back home at 4 p.m. She lost consciousness and passed away two days later.

Ms. Li Jing, 64, was arrested on March 14, 2018 and her home was ransacked. Some of his valuables, including printers, laptops, and Falun Gong books, were confiscated. That evening, she was detained at the police station and interrogated all night long. She was handcuffed, shackled, and deprived of sleep. The interrogations lasted two days. The police forced her to reveal where the Falun Gong informational materials in her house came from. On March 28, 2018, the procuratorate approved her arrest. She was tried in secret on November 7 and sentenced to ten years on April 2, 2019.

“Taiwan: Falun Dafa Practitioners Encourage Each Other to Cultivate Diligently in the New Year”