(Minghui.org) Having suffered long term imprisonment and torture, two Shanghai residents are facing prosecution again for their faith in Falun Gong, a spiritual discipline that has been persecuted by the Chinese communist regime since 1999.

Ms. Yang Manye and Ms. Gu Jihong were arrested at 7:30 a.m. on February 25, 2021. They were placed on criminal detention on February 25 and are currently held at the Jing’an District Detention Center.

The police informed both practitioners’ families on April 1 that their arrests have been approved. When their families picked up the approval notice the next day, the police told them that the practitioners had been arrested for talking to people about Falun Gong at a local supermarket. The police also said that during the subsequent home raids, they had found the clothes and backpacks the two women wore when they were recorded by surveillance camera. The clothes and backpacks would be submitted as prosecution evidence against them.

Over the past 22 years of persecution of Falun Gong, Ms. Yang Manye, 54, has been sentenced to four years twice, first in 2001 and then 2014. She also served one and a half years of forced labor between 2006 and 2007. Because she refused to renounce Falun Gong, her first prison term was extended by nine months. The guards held her in solitary confinement, shocked her with electric batons, deprived her of sleep and barred her from using the restroom or taking a shower. She was also force-fed and constantly beaten.

Because of her decade-long incarceration, Ms. Yang’s son was deprived of his mother’s love when he was still in elementary school. Just weeks after her latest arrest, her father, in his 80s, was discharged from the hospital and struggles to care for himself. Her mother-in-law, who is also in her 80s and suffers from multiple chronic ailments and has difficulty walking, also longs for Ms. Yang’s return. 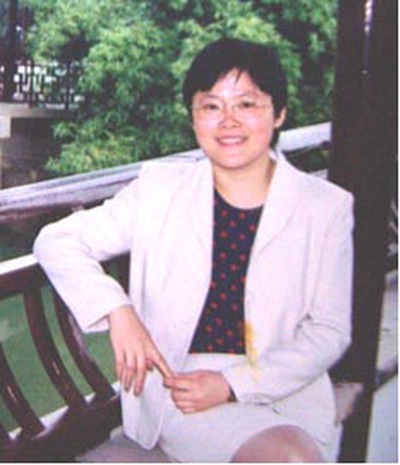 Ms. Gu Jihong, 55, took up Falun Gong in October 1997. She credits the practice for curing her severe heart condition, cholecystitis and many other conditions.

Ms. Gu was first arrested in June 2000 for mailing letters to the public to raise awareness about the persecution, and was sentenced to three years. Her next arrest was five years later, in June 2005, for distributing DVDs with informational videos about Falun Gong. She was given one year of forced labor and her term was extended by a month.

Ms. Gu was arrested again in July 2008, when she was trying to seek justice for her sister, Ms. Gu Jianmin, who was persecuted to death in custody 13 days after her arrest. Ms. Gu was sentenced again to three years and the police continued to harass her after she was released in July 2011.