Heilongjiang Woman Imprisoned for Her Faith

(Minghui.org) A Harbin City, Heilongjiang Province resident was imprisoned in late 2020, after being sentenced to a three-year prison term for her faith in Falun Gong, a spiritual and meditation discipline that has been persecuted by the Chinese communist regime since 1999. 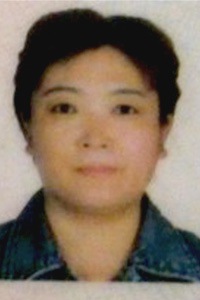 Ms. Wang Yurong, a 62-year-old retired employee of the Harbin Bearing Factory, was targeted in a group arrest on September 11, 2019. She was sentenced to a three-year prison term on September 17, 2020 by the Railroad Transportation Court.

Ms. Wang was transferred from the Harbin No. 2 Detention Center to the Heilongjiang Province Women’s Prison in late December 2020. She is currently being held at the special training ward for those newly admitted to prison. She will be subjected to three months of intensive torture aimed at forcing her to renounce Falun Gong before she is moved to a regular ward.

Ms. Wang took up Falun Gong in 1994 and she credits the practice for curing her late-stage stomach cancer, heart condition, high blood pressure, and many other ailments.

After the communist regime ordered the persecution in July 1999, Ms. Wang went to Beijing to appeal for Falun Gong, only to be arrested and given one year of forced labor in February 2001.

She was arrested twice at work between 2003 and 2004, by the Party secretary of her workplace and taken to brainwashing centers.

She was held in an isolation room at the Wuchang City Brainwashing Center. Fu Yanchun, the director of the center, slapped her in the face, forced her to squat between two beds, and then cuffed her hands to the rails of each bed. Fu then kicked her head, face, legs, and body. When Ms. Wang fell to the ground, Fu repeatedly ordered her to sit up, and kicked her again.

While kicking her, Fu intimidated Ms. Wang, “Are you giving up practicing Falun Gong? Are you writing the renouncing statement?”

Knowing that Ms. Wang didn't drink, Fu ordered her staff members to force feed her with white wine. They also shocked her with electric batons and continued to beat her.

By the time Ms. Wang was released 87 days later, she was emaciated, haggard, and unable to walk steadily.

When Ms. Wang visited her son in Hangzhou City, Zhejiang Province on June 19, 2017, she put up some Falun Gong posters around town, hoping to raise awareness about the persecution among local residents. The Hangzhou police soon arrested her and put her on criminal detention after several rounds of interrogation.

Ms. Wang was released on July 20, 2017, after one month of detention at the Xiaoshan District Detention Center. The police gave her a release notice and said they detained her for an additional 15 days. Ms. Wang then returned to Harbin.

Ms. Wang’s son booked flight tickets again for her and her husband in January 2018, for the family’s gathering during the Chinese New Year on February 15. On January 16, two officers knocked on Ms. Wang’s door and said she had been put on the “Wanted” list by the Hangzhou police. As Ms. Wang wasn’t home, the police threatened to arrest her and pressured her husband to persuade her into turning herself in. For the next few days, strangers kept coming, trying to find Ms. Wang. They sometimes claimed to be delivering a package or pretended to be Falun Gong practitioners.

The harassment caused tremendous mental distress to her husband, to the point that he became very nervous whenever someone knocked on the door.

To avoid the harassment, Ms. Wang was forced to live away from home, only to be arrested again in September 2019.

During the time when Ms. Wang wasn’t home, the police in Hangzhou traveled 1,500 miles to Harbin in an attempt to arrest her. When her husband accused the police of harassing his family, one officer confessed to him that they took these trips as opportunities to have vacations while on business.

Arrested in a Police Sweep a Year Ago, Two Heilongjiang Women Sentenced for Their Faith

“Valuing Important News from China—Buck Up and Catch Up”