Chair of the Australian Multicultural Council: Falun Gong Will Win in the Long Term

(Minghui.org) Dr. Sev Ozdowski, Chair of the Australian Multicultural Council, recipient of the Medal of the Order of Australia (OAM), professor at the University of Sydney and the University of Western Sydney, and former Australian Human Rights Commissioner, sent Chinese New Year greetings to Master Li Hongzhi and all Falun Gong (also called Falun Dafa) practitioners in Australia, China, and around the world.

Dr. Ozdowski recognized Falun Gong as “a very important force for civil rights in China, and also for religious independence.” He said, “Looking at the future, I really do think that Falun Gong, mainly because of the commitment of its believers, and commitment which is not only strong but also unwavering, will win in the long-term with the Communist authorities.” 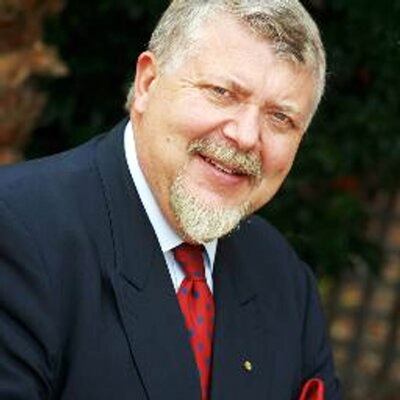 Dr. Ozdowski said, “I first learned about Falun Dafa and about the persecution of Falun Dafa followers after the Kilgour and Matas report in 2007, which alleged that there was a major organ harvesting happening in China by Communist authorities, where organs of Falun Gong practitioners were being stolen for commercial sale to patients who may need transplants.

“When I first read it, the report was very convincing to me, and I am an expert in the methodology of social research. I started reading more, and I formed a view that the report, perhaps also did not have enough empirical evidence at the first stage, [but] it was so strong that it had to be believed.

“A similar view was then formed by Manfred Nowak, a UN Special Rapporteur who also concluded that the report at least provides a very coherent picture, which is of major concern to him. And he brought it to the attention of the UN Committee Against Torture.”

During his collaboration with David Matas and David Kilgour, Dr. Ozdowski joined the World Organization to Investigate the Persecution of Falun Gong in 2007 and served as the president of its Australian Chapter.

David Matas and David Kilgour published an updated version of the report in 2009, Bloody Harvest. Ozdowski said, “This report was much stronger and I think the people who may have had some doubts before about the empirical grounding of the report changed their views. I think the report documented well enough what was happening in China.”

By studying Falun Dafa's practitioners' efforts to stop the persecution and how the Chinese authorities reacted to it, Dr. Ozdowski said that the movement has become “a very important force for human rights both in China and worldwide. The reports and the movement by Falun Dafa added to very important claims about human rights abuse by Tibetans, Uighurs, various religious minorities, and of course, civil rights and human rights groups in China, and provided a very, very significant challenge to the totalitarian rule of the Communist Party of China.

“By observing and collaborating with some people from the Falun Dafa movement I must say I certainly respect their moral fiber, their strength of conviction, and their ability to stay true to the values they believe in...Looking at the future, I really do think that Falun Gong, mainly because of the commitment of its believers, and commitment which is not only strong but also unwavering, will win in the long-term with the communist authorities.

Dr. Ozdowski believed that sooner or later, Falun Gong practitioners will be able to practice their faith “without any opposition in China, and especially without this barbarous organ harvesting, imprisonment, and torture.”

“Newlyweds: Falun Gong Brought Us Safety in the Pandemic”