(Minghui.org) The Taiwan Falun Dafa Minghui Camp has been held for ten years. Each time the camp is held, more parents and children attend. The Minghui camp was held again at the National Yunlin University of Science and Technology from February 4 to 8, 2021. Fifty-six children, aged three to twelve attended.

Under the care of a group of young Falun Dafa practitioners, the children attended interesting classes, viewed films and played games. Through stories, studying the Fa, and practicing the exercises of Falun Dafa, the attendees learned and experienced the principles of Truthfulness-Compassion-Forbearance.

Activities During the Minghui Camp

Yi Chen, director of the Minghui camp, said that the purpose of the camp was mainly to let children experience the connotations of Falun Dafa and understand the Falun Dafa principles.

At the same time, they can learn from each other and improve themselves through the activities. The camp encourages children to be kind to others, be humble and polite, and be honest and introspective. In this way, they can improve the state of their cultivation and bring kindness to people around them. 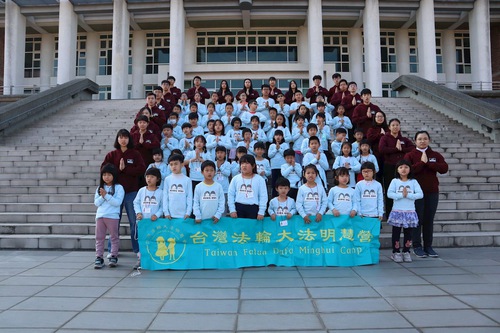 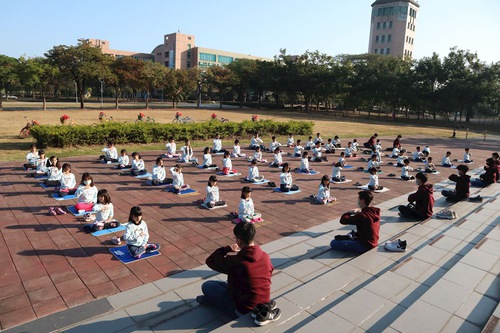 Group exercises in the morning

A female attendee from Kaohsiung with the family name Cheng happily distributed lotus flowers with information about Falun Dafa to passersby. “I like attending the Minghui camp,” she said. “I enjoy distributing beautiful lotus flowers to tourists. I feel happy doing so.”

“I can participate in studying the Fa, practicing the exercises, and playing the games with older practitioners. I learned how to follow Truthfulness-Compassion-Forbearance in my life. I will attend the camp again next year.” 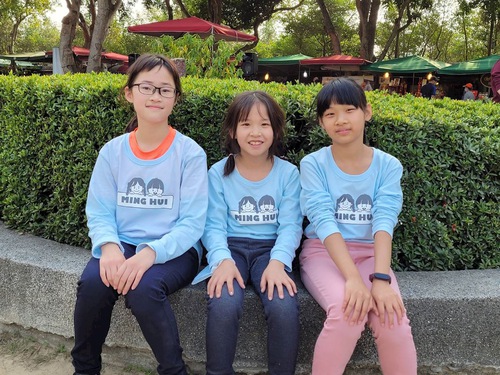 Huang Cheng-yu, a fifth-grade student from Taichung, attended the camp for the sixth time. “I like the Minghui camp,” she said. “I learned the principle of not fighting back when beaten and not cursing back when cursed.”

“The young practitioners are very good. Though we don’t know each other, I feel everyone is like a big family,” she said.

Liao Wei-jung, a sixth-grade student from Yunlin, liked the camp too. “I would like to attend the event for 10 days next time,” she said.

She especially liked preparing lotus flowers. She said she learned endurance, patience and perseverance while putting the flowers together. She understood the commitment the young practitioners who were supervising them had made to care for the children.

She was touched by the young practitioners' attitudes toward the campers, “They discussed the class activities during mealtime. They were very careful in designing games,” she said. “I truly appreciate them. I learned from their attitude and commitment in dealing with people and issues. I will contribute to the camp like the young practitioners when I grow up.”

Lin You-hsuan was attending the camp for the fifth time. She said she was very happy with the young practitioners who had been taking care of them.“They tell us kindly and correct us if we do anything wrong. I am grateful to them for taking care of us,” she said.

The Giver Is the Beneficiary

Su Ting-heng, a junior undergraduate student of Kaohsung Medical School, participated in supervising the children in the camp for the second time. “I have a different feeling each time in the camp,” he said. “Managing the children is hard but makes me feel fulfilled. It seems that I am a giver, but actually I benefited a lot.” 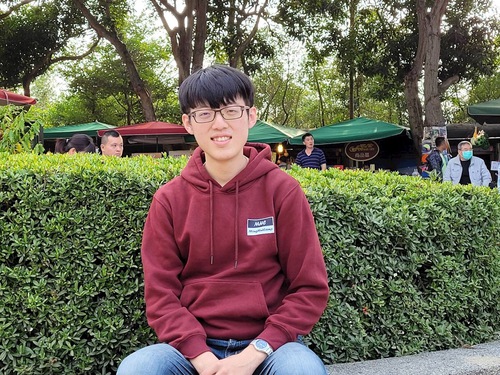 During his interactions with the children, Su looked inward. “When providing care and service superficially instead with true heartfelt enthusiasm, the children can feel the attitude of grown-ups. Generally, the assistants with sincerity and kindness from their inner hearts who truly think of others are most welcomed.”

Being Humble and Quietly Making Up for Shortcomings

Lin Chin-hao, a junior at Chang Jung Christian University, maintained an attitude of learning and dedication and made up for shortcomings quietly. He said that when he first joined the Minghui camp, he had no experience with children and suffered a lot of setbacks. 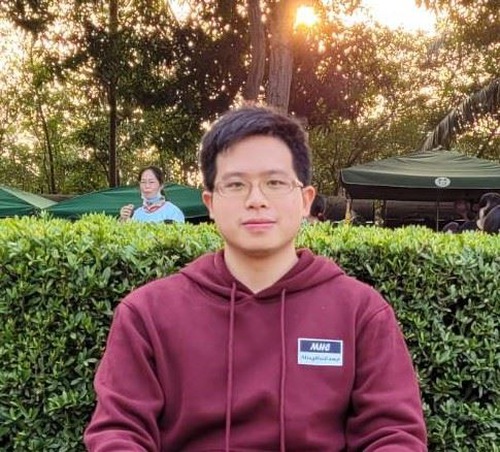 He was participating in the camp for a second year. He spent time preparing the topics and classes and thought about how to teach the children and interact with them. But the children preferred other staffers. He wondered what he did not do well.

He thought again, “Everyone should do what he can do and complement the shortcomings. Because the children are truthful, they could see my shortcomings. I need to look inward more and correct myself.”

He said besides a group that was preparing the courses, other groups contributed quietly. Everyone had kind thoughts, and true and selfless hearts to harmonize the camp activities.

Tena enrolled her three-year-old son and her six-year-old daughter in the camp. She worried about them initially. But after observing them for the first morning, she saw that her children were offered great care. She felt relieved to let the camp take care of her children.

The delicate arrangements and planning by the young practitioners supervising the children and the meticulous care they gave the children, surprised Tena. “It’s amazing. They have never been parents but they take care of the children so well,” she said.

“I didn’t expect them to take care of the children so well. It’s really amazing and incredible. I’m so touched, thank you very much,” she said.

Lei Hsiao-Chen, another parent participating in the camp, is a teacher at the Chinese Culture University and a military veteran. She is the founder of a handicraft wool felt brand. Lei has been interested in art since she was young and focused on wool felt handicraft. She gained inspiration by practicing Falun Dafa and made a handicraft of Taiwan breakfast bread, which made her famous. 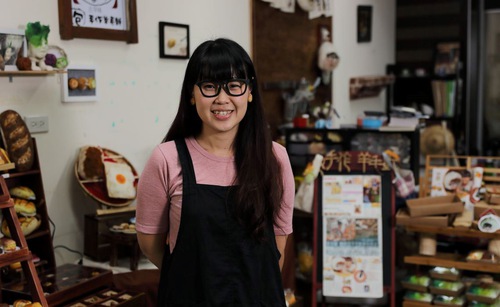 The Taoyuan City Government invited Lei to prepare a birthday gift for the President of Taiwan within 48 hours. She felt pressure and thought about what product she should make. She calmed down and studied the Fa. She asked for help from Master Li (the founder of Dafa) in her mind.

In an instant, creative thoughts emerged. Lei said: “As a Taiwanese artist, I hope that the president can face the suppression from the Chinese Communist Party and bravely defend Taiwan’s good environment with the sincere, kind, and simple spirit of the Taiwanese.” 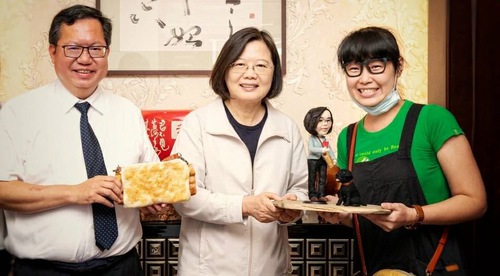 Lei Hsiao-Chen (first on right) presents a gift to Taiwan President  (middle) and has a group photo with the President and Mayor of Taoyuan Cheng Wen-hsian (first on left).

Lei said she and her son were participating in the camp for the first time and were touched. She saw some positive changes in her son. She said her son was a slow-learning child. She has focused on her career and has largely ignored getting along with her family. She thought that sending her child to the Minghui camp would help him change.

After getting along and participating in the activities for four days, she was shocked to realize that she gave her son too little care. She said she knew now how to integrate herself more into her son’s life.

Lei said that after her son returned from the Minghui camp, he could study the Fa for one hour, do his homework, and then do the exercises for another hour just like the camp schedule.

“On Controlling the Pandemic”

“Cultivating a True Teaching Has Always Been My Lifelong Wish”