(Minghui.org) On the eve of Chinese New Year, Falun Dafa practitioners in New Zealand expressed their gratitude to the founder of the practice Master Li Hongzhi for saving them and wish him a Happy New Year. 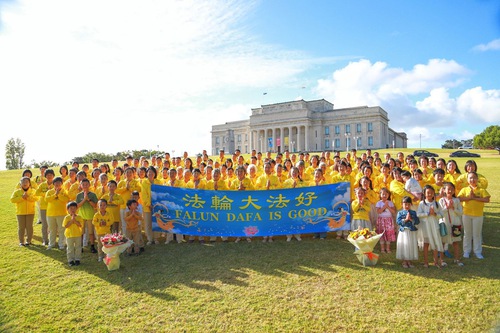 Practitioners in New Zealand thank Master Li for his compassionate salvation and wish him a Happy New Year. 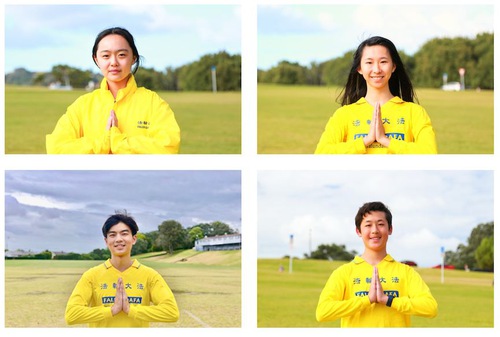 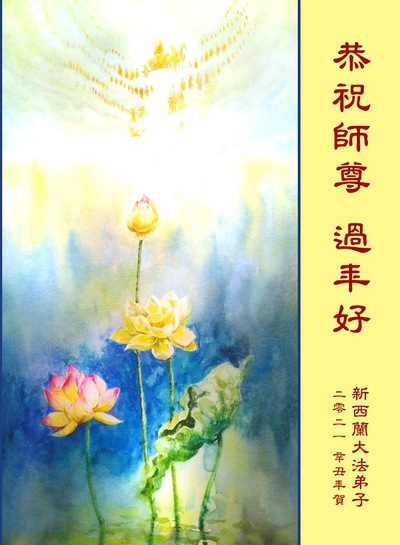 Not Slacking Off in Cultivation 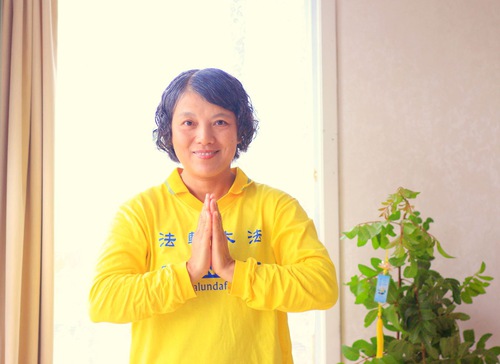 Li Zhi started to practice Falun Dafa in 1998. Over the past two decades, no matter what kind of adversity she ran into, her faith in Dafa remained steadfast. She said, “Through practicing cultivation I understood the purpose of one’s life. The teachings of Dafa transformed me from a vain, self-centered person who cannot endure hardship into one who is considerate of others, does not complain when faced with difficulties, and a determined cultivator.”

“I was arrested by the Chinese Communist Party (CCP) six times and sent to forced labor camps. I was detained for 538 days. My legs were chained to shackles weighing several kilos while my hands were made to go through my legs and then shackled. Yet these forms of persecution did not affect my faith in Dafa because I know why I came to earth and the true meaning of life. One shouldn’t live to pursue fame and gain, but to return to one’s origin.”

She is grateful to be able to openly practice since moving to New Zealand in 2013. She values every opportunity to tell people about the persecution.

“One time, I called the same number repeatedly for two days but no one picked up the phone. Finally a man answered. He kept cursing, but I did not hang up. I said I phoned him to help him and his family avoid danger. He calmed down and I told him a story about a police officer whose son recovered from cancer after he returned the practitioners' personal belongings and apologized for persecuting them. The man’s attitude changed after he listened to the story.”

On the occasion of Chinese New Year, Li Zhi sends greetings to Master Li and promises to do better in the coming new year. She hopes to save more people and be more diligent in cultivation.

I Found My True Self Through Practicing Dafa 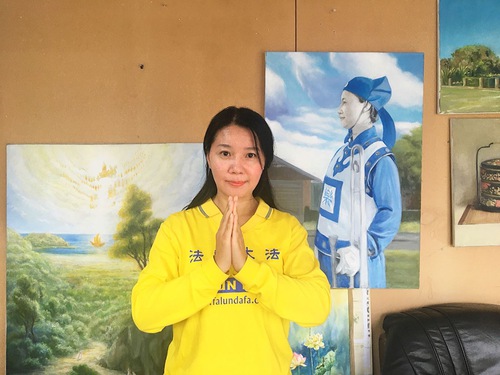 “I was diagnosed with breast hyperplasia one year before I began practicing. I was only in my 20s then. I was terrified. I underwent chemotherapy and took Chinese medicine. I spent a lot of money, but the results were mixed. Soon after I began practicing Dafa my condition disappeared.”

“I was lost and troubled before I became a practitioner. My co-workers followed those with power and progressed in their careers. I gradually learned to be like them so that I could be promoted. I flattered people hypocritically and did things against my conscience. More and more, I couldn’t recognize myself and didn’t know how to face this world. Sometimes I wondered how great the world would be if there were no strife, no jealousy, and people respected and cared for one another. Fortunately, I found Dafa. Master pulled me out of the dirty quagmire before it was too late. I found my true self, followed the principles of Truthfulness, Compassion, Forbearance, and became a better person.”

“When my husband was sentenced to a forced labor camp, we had no choice but to leave China and moved to New Zealand in 2014. I began participating in a media project and am glad that I have continued in this project for the past six years.”

“Whenever I have conflicts with others, Dafa's principles guide me on how to improve my character and remind me to think of others. My attachments were gradually worn away. Now, I find that I am more mature, tranquil, and forgiving.”

She said, “I owe everything to Master. He is like a kind father, guiding me as I grow up. Words cannot express my gratitude. On the occasion of Chinese New Year, I wish him a Happy New Year. Thank you, Master!” 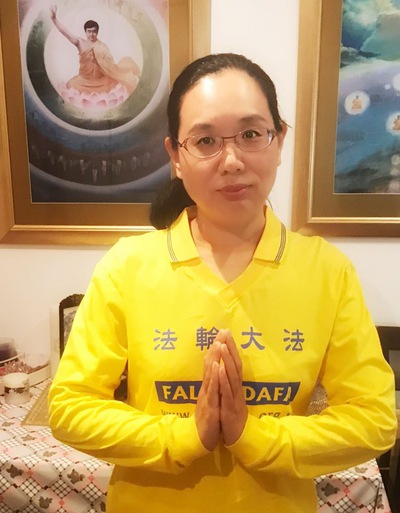 Susan thanks Master for his compassionate salvation.

Susan Wang began to practice in March 1998. She worked as an editor for a newspaper, a magazine, and a TV station in China.

Susan said the first time she read Zhuan Falun, she was struck by how profound the teachings were. She thought, “This is truly a book from Heaven. How fortunate I am to be able to hear the Buddha Fa in this lifetime!” She was a young student studying Chinese at the university. “Falun Dafa enriched my life. I was an introvert and did not talk much before I became a practitioner. I love to read, and I read many renowned literary works from around the world. But once I found Dafa, I discovered that this was what I had been searching for all my life. It discloses the true principles of the universe and why we should practice cultivation.”

“Because Dafa has been demonized in China by the CCP, I must tell people the truth. When people say that I am eloquent, the truth is, it is Dafa that has given me wisdom. My character changed after I practiced Dafa. I used to be pessimistic, thinking that we all die eventually and there is nothing to look forward to in life. After I began practicing, my outlook changed and now I live every day to its fullest and life is meaningful,” she said.

Susan tells people about Dafa on social media every day. Over the years, she has acquired many computer and internet skills. She said Dafa has unlocked her wisdom. She is constantly learning and expanding her knowledge.

She expressed her gratitude to Master on the occasion of Chinese New Year, “Thank you, Master, for your compassionate salvation. I am able to come to New Zealand through your arrangement. I love New Zealand. It is a beautiful and free country. Falun Dafa has helped me realize the true purpose of my life. I have come for the Fa!” she said.