(Minghui.org) Falun Dafa practitioners in Germany send Chinese New Year greetings and their gratitude to Master Li Hongzhi, the founder of Falun Dafa. Four practitioners from different walks of life talked the positive changes they experienced after they began practicing and hope that more people can experience the beauty of Dafa. 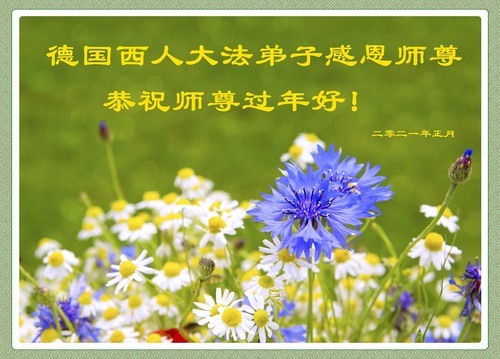 Falun Dafa practitioners in Germany send their Chinese New Year greetings to Master and expressed their gratitude to him. 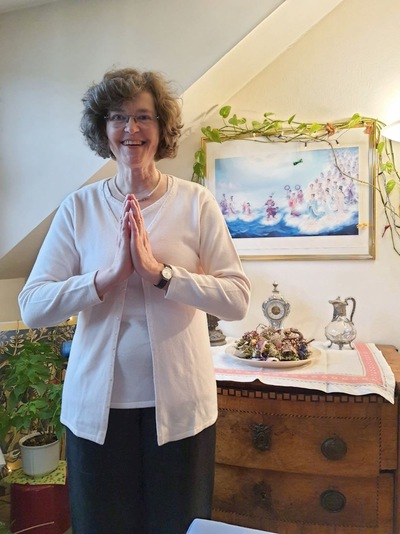 Andrea encountered Falun Dafa when she was 30 years old in 1997. She worked in education and had a good job. However, her health was not good and she often got sick and had fevers. As a result, she frequently had to take leave from work. She said, “I always felt really bad for my colleagues who had to do my job because I was unable to work. At some point, my mother had to come and make meals for me because I was unable to take care of myself.”

After a practitioner told Andrea about Falun Dafa, she practiced the exercises out of curiosity but did not persist.

Andrea was later diagnosed with terminal cancer and the doctors prescribed a series of surgeries. After each surgery, Andrea felt even worse. She said, “One night, I had a dream and in my dream, I was with two other Falun Dafa practitioners in Beijing. Master walked over to me and said that I had taken the wrong path. Startled, I woke up. A few days later the practitioner who told me about Falun Dafa reminded me to read Zhuan Falun. I saw Master’s photo when I opened the book, I was shocked because Master appeared the same way in my dream.”

From then on, Andrea sincerely read the Fa and started reading experience sharing articles on the Minghui website. She also regularly attended Fa-study and went to the local exercise site. When she went to her next doctor’s appointment, the doctor said that her tumor was gone and that surgery wasn't necessary. Her doctor was puzzled and after confirming that her tumor had indeed disappeared, he told Andrea, “You don’t need to come back.” She knew that Master was helping her and this was Dafa’s power. She told the doctor that this miracle happened because she practiced Falun Dafa.

Andrea is now full of energy and said, “I hope that more people will be able to experience the beauty and wonders of Falun Dafa. I am extremely grateful for Master’s compassionate salvation and I respectfully wish Master a Happy Chinese New Year.” 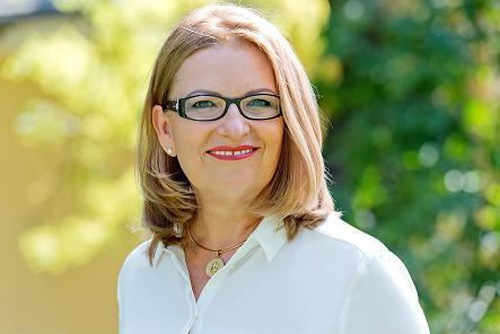 Milena has owned a beauty salon in a downtown district of a city center for many years. She experienced pain in her left arm one day at the beginning of 2012. She ignored it but the pain soon became unbearable. She started to have excruciating headaches and began taking pain killers. However, nothing worked and she was unable to fall asleep at night.

The pain was so bad that her hands shook while she tried to work on customers, and after two weeks she had no choice but to shut down her beauty salon.

Milena started seeing different doctors and they couldn’t find anything wrong. They suggested she go to a rehabilitation center but her pain only worsened. An X-ray showed that she had bone spurs (osteophytes) and her cervical joints were degenerating. A doctor told her that taking medications would only temporarily relieve the pain, but she still needed surgery.

She started to have doubts about modern medicine and science. Many so-called effective medications didn’t seem to help her and each doctor had a different suggestion for treatment.

In despair, Milena started to ponder the meaning of life. Even though she took luxury cruises, attended high-end gatherings, and had plenty of money, nothing seemed to be of true value. At her lowest point, she talked to a friend who told her about Falun Dafa. She went online and started reading Zhuan Falun and officially started cultivating in 2012.

Her pain was alleviated as soon as she began practicing Falun Dafa but seemed to worsen two months later. She said, “By this time, I understood that having illnesses and discomfort is due to one’s own karma. By suffering hardships, I can eliminate my karma and this is not a bad thing. I decided not to take any medications and persisted in studying the Fa and practicing the exercises every day. I would also drive hundreds of kilometers to participate in activities to clarify the truth. During this time I did not think much about my illness and in a couple of months, I realized that I no longer hurt. Falun Dafa is truly amazing!”

“I want to express my heartfelt gratitude for Master’s compassionate salvation and I hope more people can learn about Falun Dafa. Thank you Master! I wish Master a Happy Chinese New Year!” 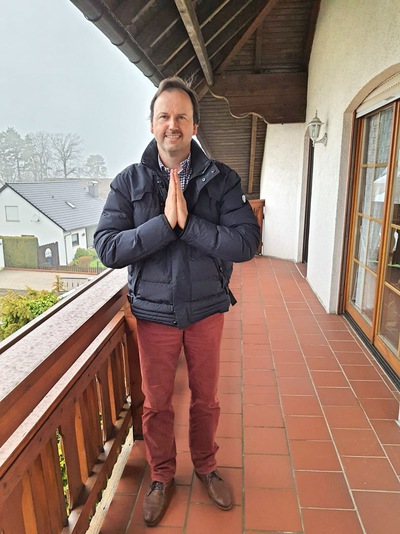 Richard encountered a group of practitioners at a park in 2012. At first he thought Falun Dafa was just a practice to relax one’s mind. When he learned of the ongoing persecution he was very supportive of practitioners and wrote down the contact information.

Richard worked in a court system and had to be very focused. He developed insomnia in 2012 and was unable to sleep for a month. He was exhausted and had difficulty concentrating at work. When a Falun Dafa practitioner learned of his situation, he suggested Richard read Zhuan Falun and practice the exercises. He said, “I read the introduction to Falun Dafa and attempted to do the fifth mediation exercise one night before going to bed. Though I was unable to fold my legs and do the double lotus position and my hand movements were not accurate, I fell asleep almost immediately that night.” He realized that Falun Dafa was special. Since he had taken some days off from work, he had ample time and he finished reading Zhuan Falun.

Richard’s parents are devout Catholics. “When I read Zhuan Falun, many questions and doubts I had were answered. Zhuan Falun is very profound. I was quite intrigued and was attracted to it.”

“I have been practicing for almost nine years. I’ve also become a member of the European Divine Land Marching Band and I am very happy to clarify the truth this way. I am sincerely grateful for Master’s compassionate salvation and I respectfully wish Master a Happy Chinese New Year!” 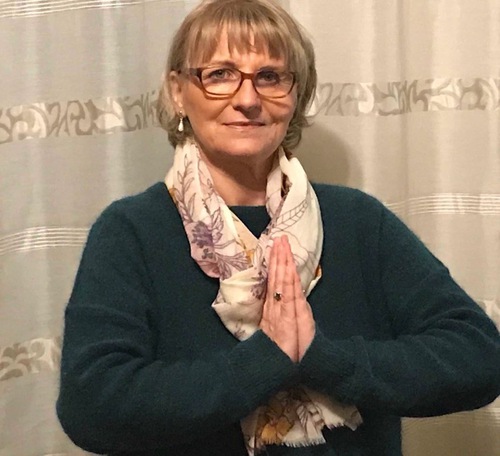 When Elke first read Zhuan Falun 20 years ago, she felt something awakening from the bottom of her heart. “I felt new life and energy flowing to me. Even though there was still a lot I did not understand, I felt protected. It was as if I arrived home after a long, arduous journey in the harsh winter. A stream of confidence and hope lit up my life.”

Elke studied Master’s lectures attentively and felt an intangible power accompanying her. “I had a wish in my heart: I wanted to cultivate Falun Dafa and abide by the principles of Truthfulness-Compassion-Forbearance. I wanted to become a better person and return to my original, true self.”

Before she began practicing Falun Dafa, Elke was afraid of almost everything. She was afraid of getting ill, afraid of losing loved ones, afraid of driving a car, afraid of doing something wrong, afraid of being the center of attention, and afraid of socializing. “I woke up from a dream calling for help one time. I felt that I was trapped in a cage and I felt desperate. I used alcohol and cigarettes to find a way out. I even went to therapy sessions, but nothing helped.”

After reading Zhuan Falun, Elke realized that as practitioners, one should not drink nor smoke. She said, “I did not deliberately quit smoking and drinking alcohol, it just happened so naturally. I was surprised by how easy it was. Now I live a full life and have my own inner peace.”

“I am truly grateful to Master Li Hongzhi from the bottom of my heart.”