(Minghui.org) Falun Gong practitioners in Dallas, Texas have been exposing the Chinese Communist Party (CCP)’s crimes by holding large banners at busy street intersections since September 2020. Many local residents were touched by their messages and expressed their admiration for practitioners' efforts. Some even offered to help hold the banners. 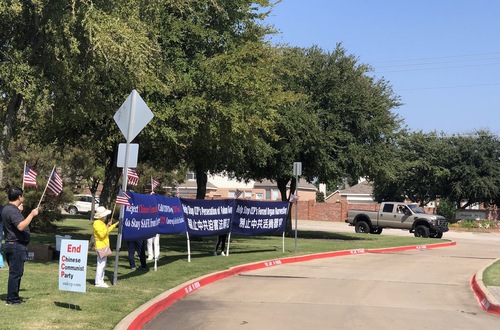 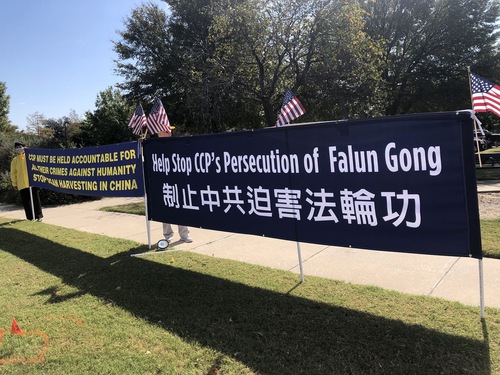 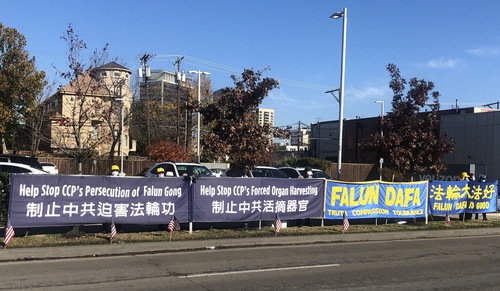 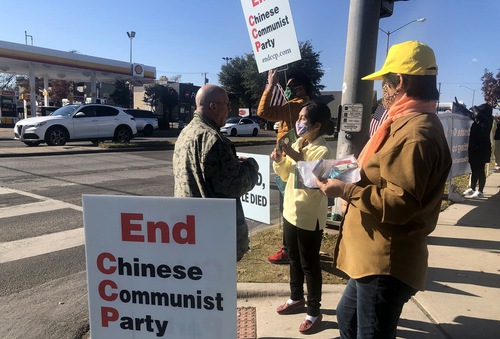 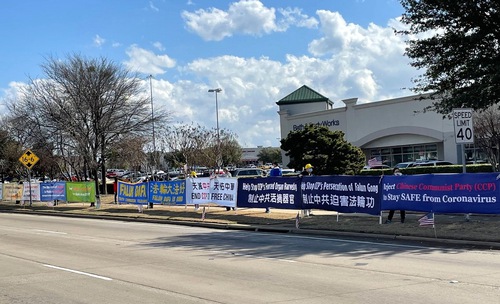 Practitioners in Dallas spread their messages with banners.

Ms. Hu, who organized the activities, said, “In the past few months, many people received our flyers and plan to sign the online petition calling to end the CCP. Some people want to make a donation. Others offered to help us hold the banners. Our activities have received wide attention. Congressman Taylor and State Representative Shaheen have expressed their support to end the CCP’s persecution of Falun Gong.”

A man told practitioner Ms. Zhang that he often visited China on business trips and thus knew a lot about the CCP’s behavior. He said, “China is lawless under the CCP’s dictatorship, and American people should treasure and safeguard our freedom instead of taking it for granted.” He agreed with Falun Gong practitioners’ articles in newspapers that exposed the CCP’s crimes. “They hit the nail on the head,” he said.

Some people thanked practitioners for exposing the CCP’s crimes and suggested other locations. One woman said she wanted to help hold the banners, hoping more people would learn the nature of the CCP. She took several flyers to share with her family and friends.

Practitioners also visited businesses in several areas where they held banners. Many shop owners agreed to put the flyers out for their customers. Others said they would sign the petition. A young woman said she was touched by practitioners’ efforts to spread much-needed information, because she was worried about the infiltration of communism in the U.S. She thanked practitioners for helping to reverse this trend. She was so touched that tears came to her eyes as she spoke.

Jacob, a Democratic candidate who ran for the state senate, approached practitioners to ask for more information. He said he had heard a lot about the CCP’s crimes and knew about its infiltration into the U.S. He was happy to see practitioners publicly exposing it and supported their efforts to call for an end to the persecution and for people to reject communism.