Despite the Chinese Communist Party (CCP)’s ongoing persecution of Falun Dafa, more and more people in China have come to support Dafa and its practitioners, thanks to practitioners’ persistent truth-clarification efforts in the past 22 years. As the new year 2022 is fast approaching, many people, including those working in law enforcement, the procuratorate, and the court systems, sent in their greetings to thank Master Li for his compassionate salvation and wish him a happy new year.

An elderly woman in a rural area in Zhaoyuan City, Shandong Province wrote that her whole family has been blessed for supporting Dafa and its practitioners. Both she and her husband are healthy, their son and daughter-in-law have good jobs, and their grandson is a lovely and bright kid. She said her whole family will always remember that “Falun Dafa is good, and Truthfulness-Compassion-Forbearance is good.” Their family longs for the day when Master returns to China and they can meet Master in person.

A resident in Jiamusi City, Heilongjiang Province wrote that his cancer-stricken wife fully recovered after she took up Falun Dafa more than two decades ago. He thanks Master for saving his wife’s life and hopes to see an end to the persecution.

A Beijing resident working in the media industry said he was shocked after watching “Letter from Masanjia,” an award-winning documentary about Mr. Sun Yi, a Falun Dafa practitioner who was imprisoned for his faith and forced to do unpaid hard labor. This resident said most people had no idea that Mr. Sun’s ordeal happened in China because the CCP had covered up the truth and deceived people with propaganda glorifying the regime. He said that on the surface the movie was about Mr. Sun seeking help, when in fact people who follow the CCP to persecute Falun Dafa should be the ones repenting their crimes and seeking forgiveness from the divine.

Another Beijing resident said that she and her family miss Master the most every time there is a holiday coming up. She thanked Master for giving her family health and safety. She recounted a story that happened when her son had just started talking and could only say a few words at the time. One night she was putting him to sleep and said to him, “Remember Falun Dafa is good, and Truthfulness-Compassion-Forbearance is good.” To her surprise, the little boy suddenly opened his eyes and said clearly, “Falun Dafa is good, and Truthfulness-Compassion-Forbearance is good.” Both she and her husband were stunned and in awe of Falun Dafa. She said they have a wish for their son to get into Shen Yun Performing Arts when he grows up.

In addition to above-mentioned well-wishers, greetings were also received from the following regions: 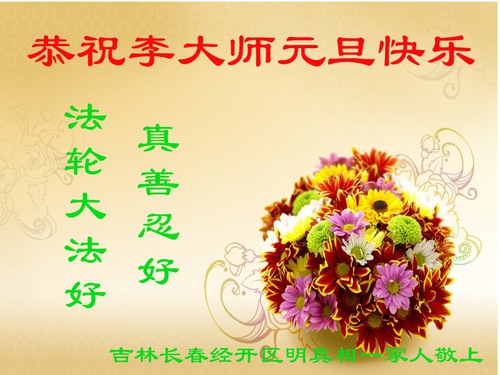 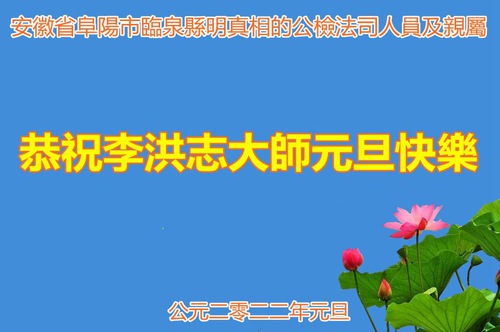 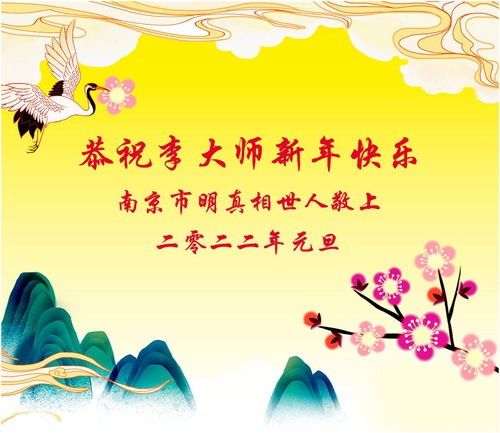 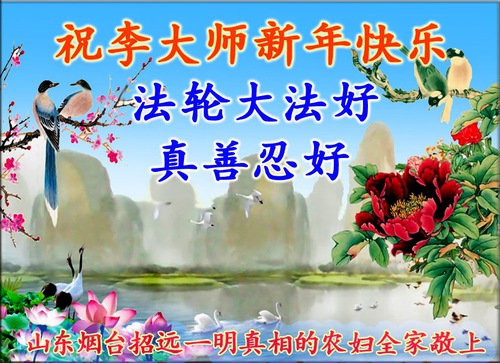 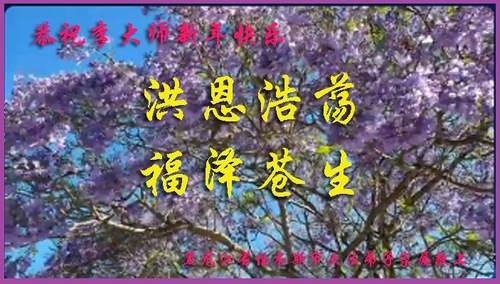 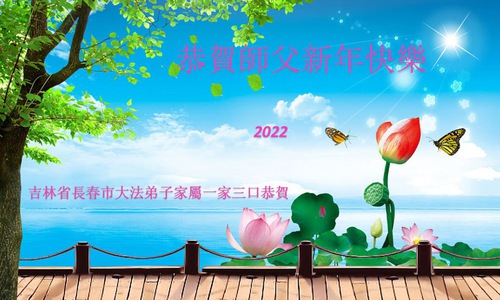 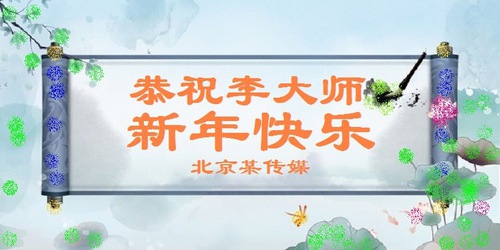 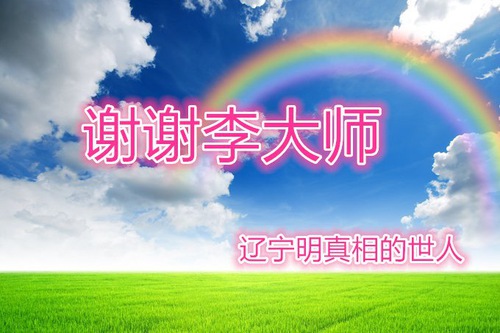 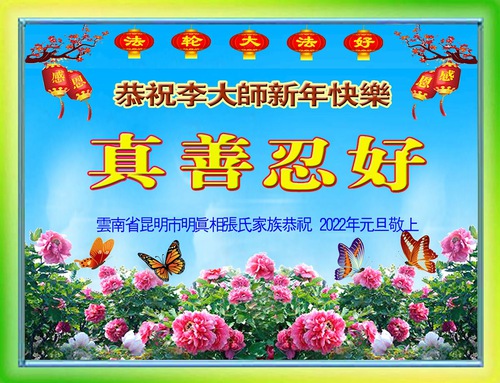 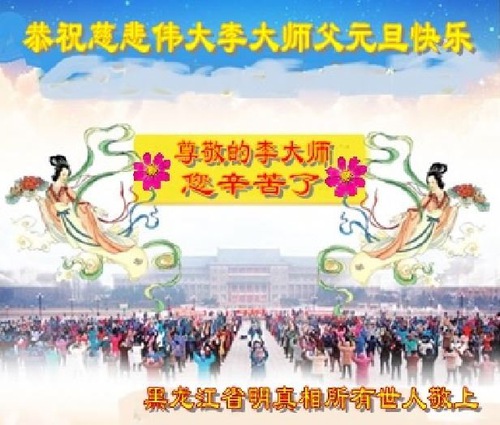 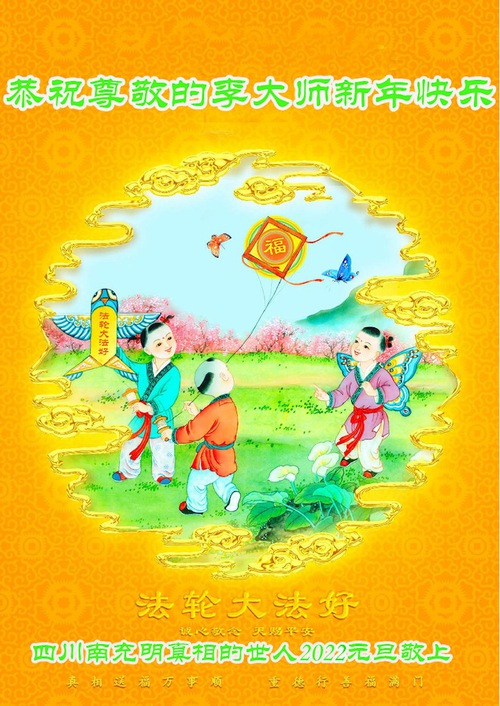 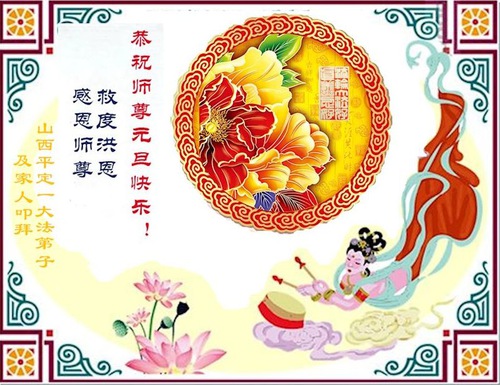 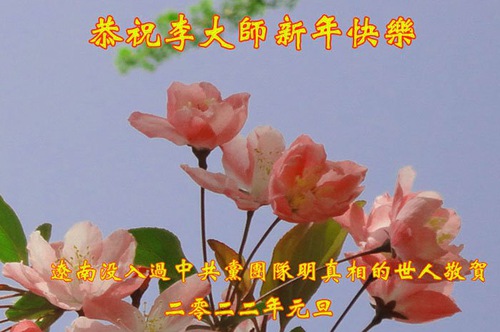 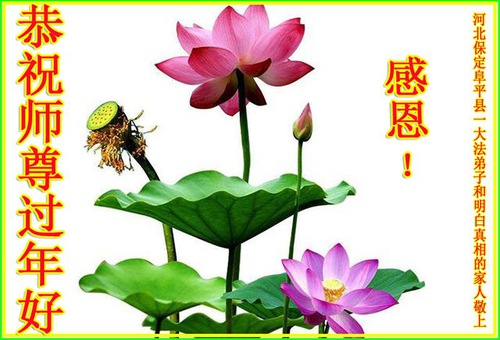 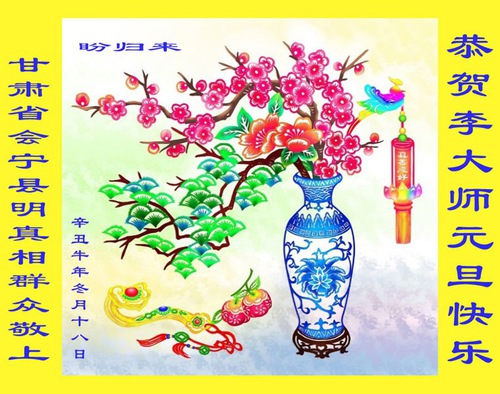 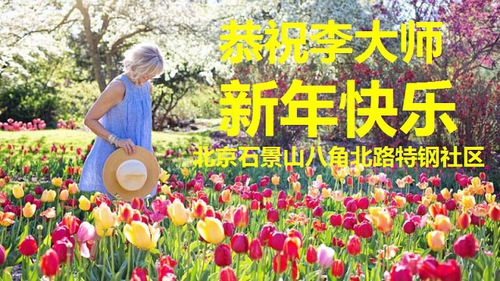 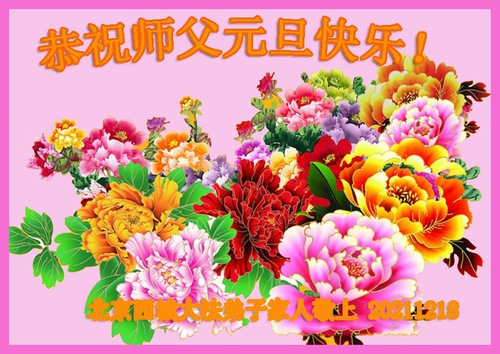