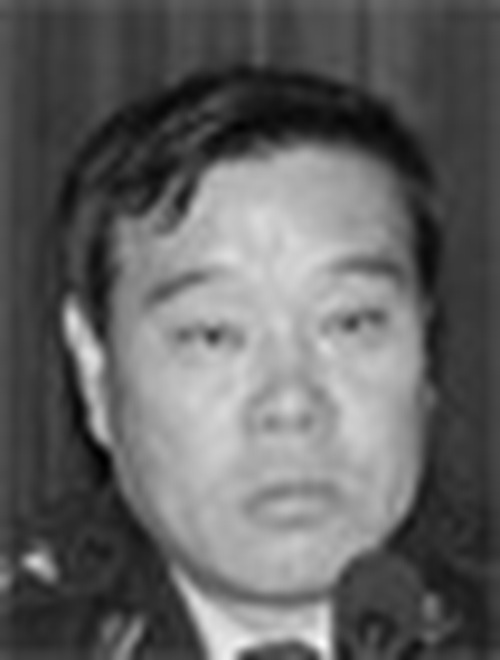 Zhang Minghua has been persecuting Falun Gong practitioners since October 1997 when he was the director of the Public Security Bureau of Lingyuan City, Liaoning Province. In March 1998, Zhang took the lead in implementing the persecution policy set forth by the former head of the CCP Jiang Zemin and detained five Falun Gong volunteer assistants. In 1999, Zhang interrogated, arrested, imprisoned, and sent thousands of practitioners to forced labor camps. He confiscated Falun Gong books and audio players and interrogated and extorted money from practitioners.

During his tenure as the head of the Public Security Bureau of the Shuangta District, it was reported in the newspapers that he sent more than 100 Falun Gong practitioners to forced labor camps, subjected 520 practitioners to criminal detention, and extorted money from more than 2,000 practitioners.

Zhang personally initiated and directed many major campaigns targeting Falun Gong at the city level. In August 2007, more than 40 practitioners were arrested in Lingyuan. Zhang, who was working at the Chaoyang City Public Security Bureau, went to Lingyuan to supervise. He also delivered the order from the CCP’s Central Political and Legal Affairs Committee chief Zhou Yongkang in 2007 censoring any online information about Falun Gong.

Mr. Zhang Qingfeng, 69, was harassed by the local 610 Office and the police after the persecution started. The police intimidated him and forced him to write a Guarantee Statement promising that he would not practice Falun Gong as well as a statement renouncing his faith in Falun Gong. Police secured his fingerprints by force on the documents. Mr. Zhang was dealt a heavy blow by the mental distress and he died in the winter of 1999.

Ms. Li Chunrong, 48, was arrested by officers from the Hedong Police Station of Lingyuan City in mid-July 2000 and detained in the Second Detention Center. They ransacked her home and fined her. While she was detained, she was subjected to brainwashing to try to make her give up Falun Gong. She suffered from great mental distress. After returning home, she could not sleep for three days before suffering a brain hemorrhage. She died on August 9, 2000, after five days in a coma.

Ms. Wang Lixia, 46, was arrested by Shuangta District Public Security Bureau officers and admitted to the Chaoyang No. 2 Detention Center on September 5, 2000. While in custody, she went on a hunger strike to protest the detention. She was released 15 days later. When she returned to the Shuangta District Public Security Bureau on October 9, 2000, to retrieve her confiscated Falun Gong books, the police detained her again. They force-fed her and stabbed her mouth with the feeding tube. She died shortly after being carried home.

Mr. Li Hongwei, 52, lived in the Shuangta District in Chaoyang City. He was arrested and had his home ransacked on September 26, 2002. He went on a hunger strike in the detention center to protest the persecution and was force-fed. He died in the detention center on the morning of October 7. His family noticed that his back was black and blue, with extensive injuries from electric shock. His ears were also bruised and bloodstained.

Although Mr. Wang Shuquan of Chaoyang City avoided arrest in June 2002, the police kept going to his home to harass and intimidate his family. One family member was detained, tortured, and fined 2,000 yuan. The persecution caused Mr. Wang enormous physical and mental suffering. He died on March 9, 2003, while still living away from home. He was 46.

Authorities in Chaoyang City dispatched a great many police officers to arrest more than 40 practitioners on October 25, 2001, including Mr. Hu Jianguo, Ms. Li Qunfang, and Mr. Cao Zhiyong. Mr. Hu was later sentenced to 14 years in prison, Ms. Li to 11 years, and Mr. Cao to 7 years.

The police beat Mr. Hu and hung him from the wall at night. More than a dozen officers took turns guarding him. They tortured him for three days, punching him, kicking him, and verbally abusing him. They deprived him of sleep, food, and water. When he closed his eyes, they sprayed him with water.

Ms. Li went on a hunger strike to protest the persecution. She suffered internal bleeding, stomach cramps, and dilated pupils while being force-fed. She went into shock. She was handcuffed and shackled while being treated in the hospital.

Police officers from the Political Security Section of the Shuangta Branch arrested Ms. Jin Cuixiang on January 28, 2002. She tried to escape, but officer Zhang Minghua kicked her so hard he broke her nose. He also slammed her head into the wall, making her dizzy.

The police shocked her in the face with electric batons and insulted her with obscene language. After they took her to Chaoyang Detention Center, she went on a hunger strike to protest and was force-fed. They pried her teeth apart and inserted the feeding tube, almost asphyxiating her. She was sentenced to 10 years in prison on January 23, 2003.

Mr. Zhang Shaofeng and his wife Ms. Li Shuping were arrested on July 18, 2002, and had their home ransacked. When the police interrogated them, they cuffed Ms. Li’s arms behind her and hung her up by her wrists for 4 hours. They poured cold water on her and hit her in the face with a mop.

When the police took her back to the Chaoyang Detention Center, the male guards beat her again. Several guards pulled her pants down to her knees, and they each hit her more than 20 times with plastic tubing. Her back and buttocks were black and blue, and she couldn’t sit down for over a month.

Mr. Zhang was taken to the Shuangta Police Station and tortured. On February 25, 2003, they were each sentenced to eight years in prison.

Ms. Lin Guizhi, 42, was arrested on October 18, 2003. The police took her to the No. 1 Detention Center. She had two heart attacks and went into shock. The detention center ignored her and did not provide medical treatment. In mid-January 2004, the Shuangta District Court convicted her and sentenced her to seven years in Liaoning Province Women’s Prison.

In May 2004, after Zhang became the deputy director of the Chaoyang Public Security Bureau, he intensified the persecution of Falun Gong practitioners.

1. Forty-two Practitioners Arrested, One Passes Away

Directed by the Chaoyang Municipal Party Committee and the Political and Legal Affairs Committee, with the participation of the Chaoyang Domestic Security Office, police from the Lingyuan City Public Security Bureau arrested 42 Falun Gong practitioners in Beilu Township on August 1, 2007.

During this episode, Zhang Minghua, deputy director of the Chaoyang Public Security Bureau, personally directed and participated in the torture of Falun Gong practitioners. On August 2, 2007, the second day of the arrest, Zhang went to Lingyuan, accompanied by Chaoyang City Domestic Security Office, State Security Bureau agents, Chaoyang Municipal Political and Legal Affairs Committee, and 610 Office personnel. When the Lingyuan City Public Security Bureau was about to release the practitioners, Zhang prevented it and reported the case to the Liaoning Provincial Public Security Department, stating that “big and important cases should be dealt with quickly.”

After Ms. Hu was tortured to death, Zhang announced to her family that because she was “a core Falun Gong member,” even if she were alive, she would have been sentenced to more than 15 years in prison and her family members would bear all the consequences of her death. Against her family’s wishes, Zhang ordered that Ms. Hu be cremated.

2. Twelve Practitioners Arrested, One Passes Away

On February 24 and 25, 2008, under Zhang’s direction as deputy director of the City Public Security Bureau in Chaoyang City, the police arrested 12 Falun Gong practitioners. Of those 12, Ms. Chen Baofeng died from torture eight days later, and Ms. Wu Jinping and Ms. Yu Huijuan were in critical condition. Pan Yufeng was sentenced to eight years in prison, Feng Li and Zhang Qi to seven years, Li Yingxuan and Chu Xiumei to six years, Jing Fei to four years, and Chen Shumei to three years. Li Wensheng was sentenced to three years with five years of probation. Li Yaxuan was taken to a forced labor camp.